In modern pediatrics, Respiratory Syncytial Virus (RSV) infection is a great model of precision medicine, and various clinical studies are now being conducted in the prevention and therapy of RSV infection. RSV has a new taxonomic vocabulary, and diagnostic and omits approaches have revealed novel modalities for early detection of RSV infections and better knowledge of illness aetiology. Coordinated clinical and research efforts are critical for reducing RSV global prevalence, improving epidemiological surveillance, and improving neonatal and pediatric care. The key messages of the plenary lectures, oral presentations, and posters presented at the Pediatric Virology Study Group's '5th workshop on pediatrics virology,' focusing on recent advances in the epidemiology, pathogenesis, diagnosis, prognosis, clinical management, and prevention of RSV infection in children, are summarized in this review article.

In modern pediatrics, Respiratory Syncytial Virus (RSV) infection is a great model of precision medicine, and various clinical studies are now being conducted in the prevention and therapy of RSV infection. RSV has a new taxonomic vocabulary, and diagnostic and omits approaches have revealed novel modalities for early detection of RSV infections and better knowledge of illness aetiology. Coordinated clinical and research efforts are critical for reducing RSV global prevalence, improving epidemiological surveillance, and improving neonatal and pediatric care. The key messages of the plenary lectures, oral presentations, and posters presented at the Pediatric Virology Study Group's '5th workshop on pediatrics virology,' focusing on recent advances in the epidemiology, pathogenesis, diagnosis, prognosis, clinical management, and prevention of RSV infection in children, are summarized in this review article.
Keywords: Respiratory syncytial virus; Pediatrics; Epidemiology

Precision medicine has advanced in recent years, allowing for the use of standardized clinical objectives, genetic and other biomarker information, as well as the incorporation of innovative taxonomies and stratification of patients. Its role in pediatrics healthcare entails the development of targeted diagnostic, therapeutic, and prevention strategies based on each patient's unique molecular, epidemiological, and clinical profile; the treatment of Respiratory Syncytial Virus (RSV) infection is an excellent example of precision medicine. RSV is a single-stranded RNA virus with a worldwide distribution and seasonal frequency that is the most common viral cause of Acute Lower Respiratory Tract Infection (ALRTI) in babies [1]. It was first isolated in 1956 from the nasal secretions of chimps suffering from rhinorrhea and coryza; the virus was dubbed Chimpanzee Coryza Agent (CCA) at the time. When CCA was isolated from infants with ALRTI the following year, it was given its final name because of the syncytia seen on electron microscopy; syncytia are created when infected host cells fuse with nearby cells, resulting in multi-nucleate larger cells. Despite the fact that the production of syncytia is a characteristic of RSV's cytopathic impact, which is linked to the merging of host cellular membranes, syncytia are not pathognomonic of RSV. In addition to Para influenza, HSV-1, HIV, and MeV, syncytia have been found in cell culture with a variety of additional viruses [2]. RSV was recently placed under the genus Orthopneumovirus under the family Pneumoviridae by the International Committee on Taxonomy of Viruses (ICTV), which authorizes and organizes the classification and naming of viral species.
Bronchiolitis is the most common clinical manifestation of RSV infection in children, and while it is usually self-limiting, it is responsible for a considerable number of hospitalizations and PICU admissions in infancy. Despite its high morbidity and mortality rates in premature neonates and select pediatrics populations with underlying disorders including immunodeficiency and congenital heart disease, RSV infection can also cause hospitalization in otherwise healthy full-term infants [3]. Airway inflammation and oedema, as well as mucus production and debris, characterize RSV-positive bronchiolitis, resulting in airway obstruction and turbulent gas flow. Even though bronchodilators, hypertonic saline, and corticosteroids have been attempted, supportive care remains the cornerstone in most settings, with gentle suctioning of nasal secretions, prone posture, fluid replacement, and oxygen or respiratory support as needed. Several clinical trials on the treatment and prevention of RSV-positive bronchiolitis have recently concluded, are now underway, or are in the planning stages [4]. RSV vaccine candidate development is currently accelerating, and it is hoped that one will be accessible in the near future. The safety of vaccines proposed for primary vaccination in an antigen-naive kid is, of course, paramount.

Understanding the Burden of RSV Infections in Real-Time

RSV is a serious disease that affects infants and children all over the world, and the international pediatrics community is only now realizing its global significance in both high- and low-resource settings. The clinical manifestations of RSV infection are determined by the patient's age and risk factors. In recent years, both public health stakeholders and regulatory authorities have become interested in assessing individual-level disparities in illness severity. RSV infections should, of course, be distinguished from influenza and other viral respiratory infections that cause illness [5]. However, a recent large literature review and prospective cohort showed that in infants and children, this cannot be done just based on clinical symptoms; test confirmation is required to identify RSV from other viral respiratory diseases. With RSV vaccines and antiviral agents in the works, it'll be critical to: a) Diagnose RSV infections quickly; b) Distinguish RSV from other types of acute respiratory infections; and c) Communicate test results to patients and parents/caregivers, along with information on the disease's risk and severity.

The Immune Response to RSV Infection

In young infants, maternal antibodies may be able to reduce the severity of RSV disease. RSV-specific antibodies are thought to pass through the placenta mostly during the third trimester of pregnancy. High titers may protect term newborns up to the age of four months. Passive immunity may be 'compromised' in premature infants, but it nevertheless plays a function. The extent to which breast feeding may contribute to passive immunity and immune system priming is currently being researched [6]. The innate immune system performs a dual role in reducing viral load and establishing a secondary immune response once infection has been established. Reduced levels of antiviral cytokines, such as interferon's, may be caused by prematurity and other factors that weaken the immune response. Reduced TLR signaling and altered antigen-presenting cell functions, such as low interleukin (IL)-12 and increased IL-6 and IL-23 production, combined with reduced regulatory T cell activation, may result in an adaptive response skewed toward Th2 and Th17 and away from protective Th1 and CTL responses in infants [7]. The fact that certain TLR missense mutations are associated with a phenotype with a proclivity for wheezing has highlighted the potential particular roles of certain pattern recognition receptors in humans. The stage of lung maturation in term and premature infants has an impact on the Th1 to Th2 switch, in addition to individual genetics. Even in the early phases of bronchopulmonary dysplasia, the mucosa prior to alveolarization is inundated with Th2 inflammatory responses in the event of prematurity. Low titer, low affinity antibodies are produced when Th1 activation is impaired, there is little or no B cell memory, and IFN inhibits antibody synthesis. As a result, susceptible newborns may develop bronchiolitis due to a weakly protected and deregulated defense mechanism. Later, the host immune response is permanently orientated in the direction of RSV-induced wheezing exacerbations.

MicroRNAs (miRNAs) are engaged in post-transcriptional gene regulation and are important in the preservation of the respiratory tract's airway epithelial barrier. The modulation of antiviral defense mounted by host innate and adaptive immunity, encompassing not only immune effector and inflammatory cells, but also parenchymal cells, has been implicated by miRNAs. Respiratory viruses, such as RSV, assault the epithelial cells of the respiratory tract as a major target, inducing changes in the expression of certain miRNAs in the airway cells. RSV replication is inhibited early after inoculation by the human innate immune response, primarily through the action of interferons [8]. Infection causes several miRNAs to be produced in a cell type-specific manner. RSV appears to change gene expression in host cells by regulating the expression of miRNAs involved in the interferon response. In RSV-infected neonates, abnormal miRNA expression has been found in both peripheral blood cells and airway epithelial cells. Understanding changes in miRNA expression profiles and identifying miRNA target genes in relation to RSV pathogenesis will help researchers better understand virus-host interactions and immunological dysfunction that leads to airway hyper-reactivity and chronic respiratory illnesses like asthma [9]. Purification, measurement, and characterization of miRNA expression profiles in bio fluids, whole blood samples, and tissue samples acquired in in vivo research can be done using a variety of approaches [10]. Further research on miRNAs should explain their utility as biomarkers for RSV infections and their consequences (i.e., recurrent wheezing and asthma). 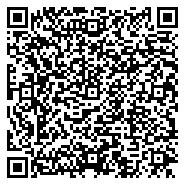