Advantage of the Recent Genotyping with Single Nucleotide Polymorphism Markers

Despite recent sequencing efforts, local genetic resources remain underexploited, even though they carry alleles that can bring agronomic benefits. Taking advantage of the recent genotyping with 22,000 single-nucleotide polymorphism markers of a core collection of 180 Vietnamese rice varieties originating from provinces from North to South Vietnam and from different agro systems characterized by contrasted water regimes, we have performed a genome-wide association study for different root parameters. Roots contribute to water stress avoidance and are a still underexploited target for breeding purpose due to the difficulty to observe them. The panel of 180 rice varieties was phenotype under greenhouse conditions for several root traits in an experimental design with 3 replicates. The phenotyping system consisted of long plastic bags that were filled with sand and supplemented with fertilizer. Root length, root mass in different layers, root thickness and the number of crown roots, as well as several derived root parameters and shoot traits, were recorded. The results were submitted to association mapping using a mixed model involving structure and kinship to enable the identification of significant associations. The analyses were conducted successively on the whole panel and on its indicia and japonica subcomponents. The two associations with the highest significance were for root thickness on chromosome and for crown root number on chromosome. No common associations were detected between the indicia and japonica subpanels, probably because of the polymorphism repartition between the subspecies. Based on Orth ology with Arabidopsis, the possible candidate genes underlying the quantitative trait loci are reviewed.

Regulators of Root formation and Development

Additionally, some of the major quantitative trait loci we detected through this genome-wide association study contain promising candidate genes encoding regulatory elements of known key regulators of root formation and development. Vietnam is a tropical country in Southeast Asia with a rice-based agricultural economy. Rice is grown on 82 percent of the agricultural area, which corresponds to 7.75 M ha for a production of 43.6 million tons in 2012. Vietnam is the world's second rice exporter 6.4 million tons in 2012. Rice is mainly grown under irrigated conditions in the river deltas, notably the Mekong delta in South Vietnam of Vietnam rice production and the Red River delta in North Vietnam however, because three-quarters of Vietnam's territory is made up of mountainous and hilly regions, other ecosystems are also represented upland, rain fed lowland and mangrove. Vietnam is among countries most threatened by climate change. In particular, between spring and summer, all of the central areas of Vietnam are subject to periods of recurrent and severe drought that affect rice plantlets just after planting or plants during grain filling and can result in important yield losses. To improve rice drought resistance, an ideotype with a large number of deep and thick roots and a high root-to-shoot ratio was advocated, assuming that there was water at depth in the soil profile. However, because roots develop underground and are not easily observed, this ideotype is difficult to select. One way to achieve this goal would be to use indirect selection based on markers that are tightly linked to genes that control these root traits. Knowledge of the genetic control of root development in rice is rapidly improving. Numerous root quantitative trait loci have been detected in various mapping populations for a review. Three systems that are involved in water and nutrient uptake by roots have recently been cloned. Furthermore, other systems have been finely mapped and the underlying genes are close to being identified. The rice orthologs of several genes that were initially identified in Arabidopsis have also been shown to have an effect on root development in rice reviewed in system. However, this useful information is still far from giving a clear overall pattern of the network of genes that are involved. Genome-wide association studies are a way to directly identify new candidate genes or, more reasonably, to narrow down the chromosomal segments that carry functional factors to much smaller intervals. Because of the lower linkage disequilibrium that is encountered in natural populations, the resolution of detection in such populations is higher than that obtained by classical mapping populations of the same size.

The corollary of this low linkage is that the average distance between the markers that are used to genotype the population needs to be shorter than the system decay distance to properly cover the whole genome. Such high marker density has only become accessible, in most species, with the development of new sequencing technologies, notably genotyping by sequencing. Genotyped panels representing a broad geographic diversity have been developed and used in gawks for root traits. However, although their size is on the order of 150 to 400 accessions, these panels still explore only a small fraction of the large rice diversity. Accessions from Vietnam are not widely represented in world-wide panels although local genetic resources, notably from geographically diverse countries, have been shown to bear unexploited but interesting variations for useful traits. Even among the 3000 rice genomes that were recently sequenced, only 55 Vietnamese accessions were included. To take advantage of the allelic richness that can be encountered locally, we have developed a panel that is exclusively composed of accessions from Vietnam. This panel of 182 accessions has been genotyped with approximately 22,000 single nucleotide polymorphisms using system and its structure and the decay of system have been analyzed in depth. The panel is composed of two-thirds indica, one-third japonica and a few admixed accessions. Several subpopulations 6 in the indica subpanel and 4 in the japonica one were detected within each subpanel. The average distances between polymorphic markers are 18 kb, 28 kb and 44 kb, for the whole panel, the indica and the japonica subpanels, respectively. On average, the pairwise system, measured by system, reaches 0.52 and 0.71 at 25 kb in the indica and japonica subpanels respectively and decays faster to background levels in the indica subpanel than in the japonica subpanel. Because the distance between markers is shorter than the decay, the marker coverage is sufficient to undertake in all panels. Because the accessions came from different ecosystems, ranging from upland to mangrove, that were subject to specific but severe stresses drought for upland or rain fed lowland rice or salinity for irrigated or mangrove rice, this panel constitutes an excellent resource for studying the genetic control of root system architecture and abiotic stress resistance. 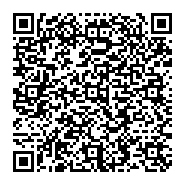