Altering the Natures of Gravity and Light Redefines the Universe

I have a number of ‘Universe is Otherwise’ papers that focus on giving gravity a physical nature and expanding its effects upon everything in our universe. The summary of my paep (particles applying external pressure). Gravity recognizes a pushing force applied by the flow of EM radiation such a light. Gravity can penetrate masses and affect matter in various directions. There is a ‘net’ pressure considering all directions. Gravity can push from multiple directions with variable forces as it is the entire nature of infinite space. Being a form of radiation, gravity has always been everywhere. Radiation expands its wavelength frequency when exiting stars as light and diminishes the frequency as it travels through space. We can get confused by relying on a foundation of all previous knowledge. Gravity has been a metaphysical force is generated by masses internally. In reality the source of gravity is the push pressure of radiation. The effect of gravity ‘pulling’ us down on earth has been labeled as an attraction. The alternate view of the universe and gravity from space rewrites science.

We are to analyze light, the other function that has strong foundations in historical views. Einstein gave light a matter component-photon to allow gravity to impact material things. Also he accepted light speed as being fixed across space. Using those as a base science, reality required adjustments such as expansion and big bang to account for increasing red shifts across space. He led astray by denying space any nature, just as Newton had improperly done using no friction.

This paper proposes 2 changes, 1. A change in the assignment of a fixed speed to light, and 2. The role that gravity plays for motions in space. What makes perspectives relevant? Assumed actions may vary when using different arenas. An extreme example of differing arenas is extending of local actions across space. Light and gravity are the two actions most extended in environments size and most susceptible to variable measures.

Gravity local to earth and the solar system established our picture of the universe. Some claim gravity is different elsewhere but modifying the function itself has no proven basis [1]. We aren’t reviewing dark matter here. At issue is that we ignore gravity entirely relative to the flow of radiation when defining the picture of the universe. Matter is subject to gravity but radiation beams were void of matter. Wrong, reality is that anything that can move is subject to gravity. Thus light radiation must be subject to gravity. This is supported by the fact that light and other radiation have been found to cause impact upon arrival. Locally scientists have recognized and used the gravity effects on light. Gravity is debated as a source of bending light beams. But when discussing the speed of light any gravity effect is ignored. Actually, over sufficient time the summation of gravity effects will affect the speed of light. It approaches an infinite number of infinitely small impacts [2]. It is hard to eliminate either factor. Cosmology theorists have not addressed this or revised the picture of the universe.

A proper picture has to be that gravitation from a source body gradually diminishes the departing velocity of light in summation over a long period of time. Furthermore the gravitation of the destination body gradually increases the velocity of incoming light over a long period of time. A net result will be incoming light traveling at nearly the same speed as its original speed [3]. For experimental support of the destination ‘pulling’ the light, consider the Pound Rebka experiment. It showed a blue shift of light approaching earth from space. The test beam functions as would a beam during the second half of light travel from a distant star.

Given that a beam travels from 1 sun to another, the slowing up till half way by the gravity force is so dependent upon distance over the long time that a specific amount of slowing depends on the length and could only be first determined examination, currently untenable. The source retention pressure is partly offset by the similar ‘net’ pull pressure by the destination star during the arrival portion [4]. Mathematically the original and subsequent speeds matter as the slowing of the original speed will exceed the accelerating of the subsequently lesser speed upon reaching the second half. Consider a percentage reduction followed by the same percentage increase. You don’t quite get back to 100%. This yields a slight net red shift. Actually my system has been the proper correction to light redshift regardless of not creating any interest.

Going forward, the period of time during which the gravitation acts establishes the structure of space. The Doppler redshifts assigned to cause expansion are assigned a distortion factor of 1/r^2 upon a theoretical departing velocity of distant stars. So we reject Doppler here and identify stellar redshift to gravity. There is no overall motion of expansion. Redshift is caused by gravity acting on the light beams as indicated here. Then redshift we observe is actually an indicator of the distance a star is away from us. Our universe is otherwise!

So my model relies on both the source and the destination. One can say that the relative distances to source and destination apply in a way that simulates an aether effect. However my system refutes any aether. EM radiation, which is everywhere, defines existence within the universe. The radiation is our actual “pushing gravity”.

There are other gravity/light issues such as the reliance on a constant c for light speed [5]. Regarding current theory:

Einstein’s analysis, as stated in the paper, hangs on just 2 postulates (verbatim from the 1905 paper): 1. The same laws of electrodynamics and optics will be valid for all frames of reference for which the equations of mechanics hold good; and 2. Light is always propagated in empty space with a definite velocity c which is independent of the state of motion of the emitting body.

The problem for both Newton and for Relativity is that space is not empty [6]. This statement detracts from all systems relying on fixed –constant concepts. The postulate as written is ok, especially in our lateral equilibrium, but it identifies propagated speed but does not even suggest that the velocity will continue at that speed c [7]. So many theories rely on that continuation. If we fall back on the word empty suggesting an eternal equilibrium in space, I object and claim that whatever causes gravity will affect the ongoing velocity. Regarding the statement ‘independent of the state of motion of the emitting body’, that works for motion within equilibriums. But if you accelerate up and into a net downward pushing gravity, the light velocity you send will differ from c. Gravity is its own type of friction. This issue stands even for readers that don’t follow my pushing gravity.

I find that the concept ‘inertial frame’ confuses understanding. It makes people draw all these boxes to separate pairs of participants such as origin from recipient. The differences between individual frames are best understood as the net gravitation between two locations. My attention to light travel within gravity became my entry into building a new universe which includes the infinite universe and many other facets of gravity beam actions explained. Please try and think through our universe and imagine how many theories change if the universe is infinite, if space structure is radiation both in and out of matter, if gravity pushes and from all directions, and how universal distances change without Doppler. Frictionless space, black holes, big bang and expansion, dark matter and dark energy are mostly meaningless in this universe.

Historically, pushing gravity was assigned to particles called gravitons. I countered with the term paep until I realized that beams are the gravity source and not particles. Science defines radiation as massless which leads to conflicts. Since radiation is affected by gravity, just as is mass, then radiation might be made of particles much smaller than nuclear particles. Then a paep can be the pressure force of pixel type particles. 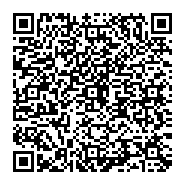