An in vitro validation for the production of inhibitory substances

Probiotics, live cells with different beneficiary characteristics, have been extensively studied and explored commercially in many different products in the world. Their benefits to human and animal health have proven in hundreds of scientific studies. Based on rich bibliographic material, Curd is the potential source of probiotic. Among the samples, thirty lactic acid bacterial strains were isolated, sixteen best Lactobacillus isolates were selected by preliminary screening as potential probiotic for acid and bile tolerance, further confirmed using 16s rRNA identification. All the selected Lactobacillus isolates were then characterized in vitro for their probiotic characteristics and antimicrobial activities against pathogens and aggregation studies. The results indicated that selected potential probiotic isolates, were screened and confirmed as Lactobacillus. The isolates produced positive tolerance to excited pH, NaCl and bile salts, also revealed noticeable antimicrobial activities against pathogens. All the Lactobacillus isolates were susceptible to clinical antibiotics used. Besides, T2 isolate was constituted to retain stronger auto and coaggregation and cell surface hydrophobicity capacity. Probiotic products consist of live bacteria that have potentially favorable health effects. A number of studies provide evidence that milk products with probiotics beneficial for digestive health and improve digestive problems. Present study investigates Lactobacillus species with potential activities isolated from different local made and commercially available at local market.

These areas of research suggest that isolates from curd samples have promising properties that are important for potential probiotics. Hence, more research is needed to exploit other potential probiotic properties. Further, in-vivo trials are needed to determine whether they function as probiotics in real-life situations for human health benefits. Probiotics have been with us for as long as people have eaten fermented milk, but their association with health benefits dates only from the turn of the last century, growing awareness of the health benefits of consuming microorganisms as probiotics has encouraged consumers worldwide. These probiotic bacteria are essential for beneficial effect on particular organism's health and host nutrition for healthy gastrointestinal function. Probiotics are defined as “live microorganisms when administered in adequate amounts; confer a health benefit on the host. This definition acknowledges a possible role for probiotics in medical practice, but does not acknowledge that probiotics (albeit rarely) can cause disease. Over the last 10 years there has been increasing public and scientific interest in the administration of these live micro-organisms to prevent or treat disease. Twenty-three publications were retrieved from PubMed for the year 1995 using the search term ‘probiotic’ compared with about 200 in the year 2000 and more than 600 for the first half of 2012. Much of the focus of this research has been on the use of probiotics for the prevention or treatment of gastrointestinal conditions such as inflammatory bowel disease and inflammatory bowel syndrome. More recent studies have suggested that the influence of probiotics extends well beyond the gut and may even extend to modulation of emotional states and neurological functioning.

The vast majority of the total cells in the body are present as bacteria in the colon, reaching 1012 for every gram of large intestinal contents. Under natural conditions, a protective gut microflora develops and there is no need for a bacterial supplement. But the changing food habits and lifestyle force us to take processed and sterile food, which affects our access to, and colonization, by certain type of bacteria. The genus Lactobacillus belongs to the normal mucosal microbiota of humans and animals. This group of bacteria is important for maintaining the stability of the gastrointestinal tract, preventing intestinal infections and generally supporting intestinal health. Several species of lactobacilli have generally regarded as safe status and some can interact with intestinal epithelial cells. An important group is the Lactobacillus bacteria, predominantly isolated (43.48%) from locally made from households and commercially available at milk parlor’s. Lactobacilli, primarily facultative or strict anaerobes generally has fastidious growth requirement. They prefer an acidic environment by producing lactic and other acids. In general, Lactobacilli have not been associated with disease and have been regarded as non-pathogenic and isolates were able to tolerate the acidic condition of the environment, NaCl concentration and resistance to bile. Lactic acid bacteria (LAB) strains are potentially promising because they generate bactericidal bioactive agents that are able to control the growth of the pathogens. Beneficial effects conferred by Lactobacilli, including inhibition of gram negative and positive pathogenic bacteria described by Maragkoudakis. Sustaining the antimicrobial activities of probiotics will affirm their use in the development of functional foods for the betterment of the health of the consuming health. The isolated Lactobacillus isolates in the present study, exhibited very remarkable and noticeable antimicrobial activity against pathogenic bacteria, several suggestions have been proposed for inhibition of pathogenic bacteria, these might be Lactobacillus isolates were responsible for production of antimicrobial compounds like; bacteriocins, hydrogen peroxide and organic acids.

Multiple mechanisms of action for the beneficial effect of probiotics have been proposed. The ability to adhesion of probiotic microorganism to the intestinal mucosa is considered important for many of the observed probiotic health effects. The ability to adhere to epithelial cells and mucosal surfaces has been suggested as being an important property of many bacterial strains used as probiotics. Adherence is an important prerequisite for the colonization of probiotics in the intestinal cavity, providing a competitive advantage in this ecosystem. Several workers have suggested that the ability of beneficial micro-organisms to aggregate and adhere aids in colonization of the gut and in the establishment of a barrier which prevents enter pathogens from establishing an infection. Factors which prevent infection include the physical presence of beneficial microorganisms and modulation of the gut immune system by these organisms. The objective of this study was to isolate and characterize effective probiotic Lactobacillus isolates isolated from different local made from households and commercially available at local market of milk parlours. In vitro probiotic properties such as pH, NaCl tolerance, bile tolerance, antibiotic susceptibility profile, antimicrobial activity, auto- and co-aggregation abilities, time-kill assay and cell-surface hydrophobicity capacity of the three effectively selected probiotic isolates were investigated with selected indicator strains (pathogens) and its role in controlling the pathogen growth. The different curd samples which are randomly collected from different local made from households and commercially available at local market of milk parlours. These samples were collected in clean, sterile, wide-mouthed containers, without disinfectant or detergent residue and tight-fitting leak-proof lids. Immediately after collection, the samples were transferred to the laboratory for microbiological analysis and stored aseptically in low temperature refrigerator to protect from contamination and deterioration. Suspected colonies on the primary or subculture plates resembling those of Lactobacillus spp. were selected for further identification by standard procedures. All the isolates were subjected to the biochemical test to identify the isolates. Identification was done on the basis of carbohydrate fermentation test, motility test and catalase and oxidase test. 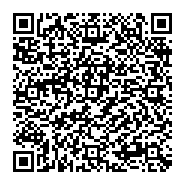