Plants are rich source of many groups of natural products and one such largest group is consisting of structurally diverse compounds having a skeleton of the 30-carbon precursor oxidosqualene to which glycosyl residues are attached and hence called saponin glycosides. The start point of biosynthesis of triterpenoids pathway is cyclization of the 2,3-oxidosequalene however, the sequalene required here is actually produced as a result of action of squalene synthase which results in head to head condensation of two units of farnesyl pyrophosphate (FPP) which itself is produced under the action of farnesyl pyrophosphate synthase (FPPS) through the condensation of two units of isopentenyl pyrophosphate (IPP) and its isomer dimethylallyl pyrophosphate (DMAPP) which are the end products of the mevalonate (MVA) pathway in cytosol and 2-C-Methyl-D-Erythritol 4-Phosphate (MEP) pathway in the plastids. Further modification of 2,3-oxidosqualene through oxidation, hydroxylation, and glycosylation reactions generate complex saponins. The cyclization of the 2,3-oxidosqualene and subsequent ring expansion through carbocation and shifting of carbon of the initially generated tetra cyclic dammarane cation leads to the formation of a variety of structurally diverse penta cyclic triterpenoids. A variety of oxidosequalene cyclases (OSCs) are reported to generate structural diversity in triterpenoids. The site-specific oxidization of the cyclic skeleton synthesized by OSCs is caused by cytochrome P450s (P450s) a large gene family in plants. Once the substrate is processed through P450s, it is further diversified through the action of UDP-dependent glycosyltransferase (UGTs) that lead to glycosylations at hydroxyl and/or carboxyl groups. Intra and extracellular transport, storage, taste, bio-absorbality and the biological activity of a triterpenoid are highly influenced by the differential composition of sugars and their fashion of attachment to the triterpene scaffold. There is an ambiguity in the structure of the oleane type saponins in few articles published and the general classification of saponins as far as the gymnemosides from Gymnema sylvestere is concerned since they are depicted under dammarene group. We resolved the ambiguity in this review and tried to simplify and depict the route of triterpenoid biosynthesis in plants starting from MAP/MEV pathway to the structurally most modified forms like glutinol and friedelin. 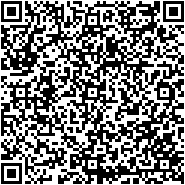