Deforestation is a conventional environmental challenge substantially affecting the resilience and distribution of forests across different boundaries. It is simply defined as the loss of trees’ cover usually as a result of forests being cleared for other land uses (Gorte and Sheikh, 2010). Over the years, the world has experienced unprecedented loss of its forests particularly in tropical areas, though it is observed on a global scale that the rate of deforestation has shown sign of a decrease. This is because the Food and Agriculture Organization (FAO, 2010, p.10) states that in the 2000s about 13 million hectares of forest were converted to other uses – largely agriculture – or lost through natural causes each year as compared with 16 million hectares in the 1990s. That notwithstanding the rate of deforestation is still alarming because in 2010 it is observed that the world had just over 4 billion hectares of forested area, which corresponds to an average of 0.6 forest per capita (FAO, 2010). There is increasing societal concern about the impact of deforestation especially in this 21st century because of the mixed effects; socio-economic benefits and negative effects that it produces. On the positive side, the loss of the world’s forest resources has contributed to the fulfillment of households’ livelihoods and provided other socio-economic, cultural and spiritual benefits. It is identified about 500 million to 1.6 billion people live in and around forests benefitting partly from the forests for their livelihoods (Mayers and Vermeulen, 2002; TEEB 2010). Deforestation has also been noted to contribute tremendously to long-term environmental consequences like global warming, biodiversity loss and soil degradation (Mahapatra and Kant, 2003, p.2) as well as increased poverty in forest fringe communities. Based on this analysis, deforestation posits a challenge for the practice of sustainable forest management, which focuses on balancing environmental benefits and development of livelihoods for the rural poor so that deforestation can be avoided in the long term.

Purpose: This study was conducted to assess the causes of deforestation and is consequences on communities of Essera district. Methodology: The cross-sectional survey design with the application of both qualitative and quantitative approaches was employed. The study involved a multistage sampling, i.e. a combination of purposive, stratified, and simple random sampling procedures to select the study area and sample households. The data for this study was generated from both secondary and primary sources of data focusing on both qualitative and quantitative natures. Results: A huge amount (48) 80% of respondents prepare land by slash and burn, 13.33 % or 8 of the respondents prepare land by ecological farming where as 4 of the respondents prepare land by tillage. The motive for farming usually influence the size of land on which one undertakes his or her activities. Firewood collection was the major destructive activity, because, the local people depend on the natural forest as source of fuel energy for household consumption and sale. In addition, the discussants bitterly objected for the destined robbery of the forest timber products as destructive activity. Some farmers organized at micro level to acquire lands for cultivation of cash crops such as chat, sesame and eucalyptus trees. The ongoing encroachment of cultivation of crops towards the surrounding woodlands has resulted in further forest degradation. . The respondents identified manja ethnic group as the major ones known for producing charcoal for sale. The low output level was mainly due to the erratic rainfall and difficulty in weather and climate prediction 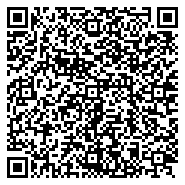