Processes involving mammalian cell cultures especially CHO suspension +cells dominate biopharmaceutical manufacturing. These processes are usually developed in small scale orbitally shaken cultivation systems, and thoroughly characterizing these cultivation systems is crucial to their application in research and the subsequent scale-up to production processes. With the knowledge of process engineering parameters such as oxygen transfer rate, mixing time, and power input, in combination with the demands set by the biological production system, biomass growth and product yields can be anticipated and even increased. However, the available data sources for orbitally shaken cultivation systems are often incomplete and thus not sufficient enough to generate suitable cultivation requirements. Furthermore, process engineering knowledge is inapplicable if it is not linked to the physiological demands of the cells. In the current study, a simple yet comprehensive approach for the characterization and design space prediction of orbitally shaken single-use cultivation systems is presented, including the “classical” Erlenmeyer shake flask, the cylindrical Tube Spin bioreactor and the alternately designed Optimum Growth flask. Cultivations were performed inside and outside the design space to validate the defined culture conditions, so that cultivation success desired specific growth rates and viable cell densities could be achieved for each cultivation system.

The steadily growing biopharmaceuticals market is dominated by products produced from mammalian cell cultures, and this approach is used by more than three quarters of biopharmaceutical manufacturers. Currently, the primary driver for the development of new processes is through the use of Chinese hamster ovary (CHO) cells, from which monoclonal antibodies for therapeutic use and biosimilars are produced. In most cases, studies investigating these new processes are carried out in small orbital shaken cultivation systems, such as multiwell plates, tubes, and shake flasks, allowing for cost-effective and efficient parallelized screening. The most widely used and best characterized orbital shaken cultivation system is the Erlenmeyer flask, which was developed by Emil Erlenmeyer in the 19th century and named after him years later. Since, the material that is used, as well as the design of the Erlenmeyer flask, has undergone a number of adaptations. There are, for example, versions with narrow and wide necks, and with or without baffles.

A wide variety of sterile barriers are also available. Especially for CHO cells, unbaffled single-use Erlenmeyer flasks have proven to be the best option, as they reduce the likelihood of (cross-) contamination and preparation time. Since the basic geometric shape of unbaffled Erlenmeyer flasks causes the surface area of its contents to consistently decline as volume increases, this tapering can restrict the exchange of oxygen. As a result of this, the filling volume of CHO cell cultures in Erlenmeyer flasks is usually restricted to less than 40% of the nominal volume. In order to ensure a sufficiently large surface area at filling volumes over 40%, alternative geometries have been developed, such as the Tube Spin bioreactor from TPP - Techno Plastic Products AG, which is based on centrifuge tubes, or the Optimum Growth flask from Thomson Instrument Company, which increases the surface area and thus the filling volume through a higher angle of inclination compared to the conventional Erlenmeyer flask. However, it should be noted that the surface-to-volume ratio of Tube Spin bioreactors and Thomson flasks also decreases as the filling volume increases. This leads to a reduced specific interfacial area and consequently to a decrease in the oxygen transfer rate. In addition, small scale stirred bioreactor systems have emerged, easing the challenges associated with scaling up and down.

Considering these alternatives, why should processes in orbitally shaken cultivation systems be further developed? Well, in tandem with the advantages of low price and effort, an understanding of the process engineering characteristics of shaken cultivation systems can allow for the investigation of the potential limiting factors of a cell line-medium combination. This knowledge can be utilized to multipara metrically determine the technical limitations of a bioprocess, allowing for process transfer/scale-up within a given design space, whereby the design space predicts cultivation success with a certain failure probability. The design space, which is described as a concept in the International Council for Harmonisation of Technical Requirements for Pharmaceuticals for Human Use Q8 is a hypercube in which all factor combinations can be applied without affecting the response specification. ICH defines the design space as “the multidimensional combination and interaction of input variables and process parameters that have been demonstrated to provide assurance of quality”. Design spaces are increasingly used in the pharmaceutical industry as a tool for Quality by Design. QbD aims to meet customer demands consistently and efficiently. In contrast to Quality by Testing, QbD aims to build quality into the process, and ultimately the final product, during its development. The above mentioned definition of a design space. Through the example of a CHO based monoclonal antibody production process. In this study, the authors were able to determine critical process parameters in a scale-down model by varying process and cell physiological parameters.

The definition of a design space is based on the regression models created and an estimate of the failure probability. For the former, a design of experiments (DoE) approach is preferably used. The probability of obtaining predictions outside the response specifications corresponds to the failure probability and can be calculated according to Kane. For the development of a design space, the Monte Carlo simulation method may be used. In this study, process engineering and cell physiological data are combined to create a culture design space for orbitally shaken cultivation systems. Using a 500 mL Erlenmeyer flask for the cultivation of a CHO cell line, all process steps are described. First, the capacities of the cultivation system and potential limitations of the cell line are identified. Subsequently, the design space is created based on the determined data. Afterwards, cultivations are performed within and outside the selected limits, along with a process transfer to a Tube Spin and Optimum Growth flask.

The cell line and the cultivation system, so both will be compared in the following subsections. In the case of doubt, self-obtained experimental values are to be preferred, since deviations due to modified cell lines; measurement techniques etc. can have a considerable influence. For orbitally shaken cultivation systems, three critical parameters have been defined for which the demands of the cell line can be compared with the procedural properties of the cultivation system: The cell specific oxygen demand and thus the oxygen uptake rate must be matched by the oxygen transport capabilities of the cultivation system. A metabolic response to substrate limitation, accumulation of inhibiting metabolites or pH gradients has to be avoided and thus, a sufficient degree of uniformity must be guaranteed. Cell damage or growth reduction caused by fluid mechanical stress has to be avoided. This can be achieved by predicting the minimal eddy size by means of volumetric power input calculation and thus ensure eddy sizes greater than the cell sizes. Suitable data from the literature and experiments are required to determine the demands of the biological system combination of cell line and medium, left side as well as the capabilities of the cultivation system being investigated. Both must be connected and aligned with each other in order to determine critical and limiting process conditions. Here, a comparison is made between the oxygen uptake rate of the suspension culture and the oxygen transfer rate of the system, the critical mixing time at which metabolic changes in the cell culture can be expected with the 95% mixing time in the system and the cell size with the Kolmogorov scale of micro turbulence. Based on this data, the design space can be generated, which is subsequently verified through cultivation. If necessary, the cultivation data obtained in this way can be used to improve cell line characterization. 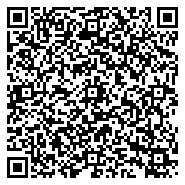