Present communication reports the results of detailed chromosome studies in a population of Artemisia nilagirica (C.B Clarke) Pamp. Growing in Jammu region (327 msl) (32 44′ N 74 54′ E) of J&K State, India. In our previous studies on a group of randomly selected plants in this population, we had identified the somatic number as 34. This was a new number for the species. In our detailed studies later on a group of 31 randomly selected plants, we could identify few plants with the somatic chromosome number of 32. Both the cytotypes were analyzed in detail both meiotically as well as for the details of somatic complement. The chromosomes in both the cytotypes in this population were seen to be involved in various types of associations during meiosis. In addition to bivalents, multivalents in the form of IIIs, IVs and VIs were also noticed. Comparison of somatic complements of both these cytotypes revealed the dominance of submetacentric chromosomes. Interestingly, TCL (Total Chromatin Length) of both these cytotypes did not differ significantly. 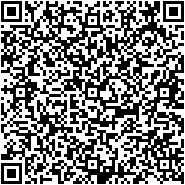