Epigenetic mechanisms change gene expression without altering DNA sequences, and mainly include DNA methylation, genomic imprinting, gene silencing, chromatin modifications and RNA editing. As an epigenetic marker, DNA methylation has received increasing attention in recent years. All nucleotides in a given DNA sequence can be methylated, but the most pervasive and important form is cytosine methylation [1]. In plants, DNA methylation, usually found in repetitive regions, is divided into three types according to the base following the methylated cytosine; CG, CHG, or CHH (where H represents A, C or T) [2]. DNA methylation can be achieved in two ways: de novo methylation and maintenance [3].

As plants are sessile, they are more susceptible to damage than animals under biotic and abiotic stress. abiotic stresses, including high salinity, high or low temperatures, and drought, cause serious losses in agricultural productivity each year. In recent years, a growing number of studies have indicated that methylation status changes frequently (especially in stress-related genes) in developing plants under abiotic stress [4,5]. This review briefly summarizes the mechanism by which DNA is methylated and describes changes in DNA methylation observed in plants affected by abiotic stress. Previous studies shown that small RNAs, especially 24-nt siRNAs, are pivotal in the RdDM pathway [13-16]. But not all methylated target loci depend on dicer activity that produces 24-nt siRNAs [17,18]. The discovery of a new class of Pol IV-dependent RNAs (‘P4 RNAs’) suggests that most RdDM loci maintain methylation levels through P4 RNAs; these loci are not or partially dependent on Dicer-like protein or 24-nt siRNAs (Figure 1) [18,19]. During RdDM pathway, P4 RNAs transformed to double stranded RNA with the function of RDR2 (RNA- dependent RNA polymerase 2), from which 24-nt siRNAs can got by DCL3 (Dicer-like 3) [20,21]. The then single-stranded RNA the P4 RNAs in the size range of ~25-50 nt are produced by Pol IV and precursors of 24-nt siRNAs [18].

Abnormal single-stranded RNAs (ssRNA) are generated by RNA Polymerase IV (Pol IV) in DNA repeat regions. CLSY1 recruits Pol IV and facilitates its transcription. RDR2 converts the abnormal ssRNAs to double-stranded RNAs (dsRNAs), which are then trimmed into 24- nt small interfering RNAs (siRNAs) by DCL3. The 24-nt siRNAs are bound by AGO4, which then interacts with NRPE1. When 24-nt siRNAs are bound to AGO4, KTF1 binds the IGN transcripts produced by Pol V, and combines with AGO4 by base-pairing between siRNA and IGN transcripts. DRD1, DMS3 and RDM1 form a complex to stabilize the interaction between NRPE1 and chromatin. IDN2 recognizes this complex and stabilizes the interaction between siRNAs and IGN transcripts.

Salinity is one of the most serious environmental limiting factors for crop productivity [22]. Adverse effects of high salt concentration include decreased plant cell activity, and decreased productivity, germination rate and plant height [23,24]. The methylation status of different species and varieties varies under salt stress [25,26]. For example, the DNA methylation levels of rice variety ‘IR29 ’ and rapeseed variety ‘Exagone’ both decrease under salt stress. Interestingly, when Exagone plants were grown under conditions of salt stress for two weeks, the number of fully methylated bands increased in the plants allowed to recover from salt stress for 1-2 days compared with plants grown in high salinity for the entire period [23,27] During the salt stress, there are clear changes in the methylation of genes involved in physiological processes in Exagone; for example, the polymorphic fragment Bn_05 is homologous to the gene encoding Plasma Membrane Intrinsic Protein 2, which is involved in salt tolerance, and the polymorphic fragment Bn_09 is homologous to an Arabidopsis thaliana gene that encodes a Trehalose Phosphatase/ Synthase 4 (TPS4) protein, which is involved in trehalose biosynthesis. Trehalose, which is a nonreducing disaccharide of glucose, can increase plants stress tolerance through production of carbohydrate alterations [28].

Methylation status can also differ within a species. In cotton, the methylation level of salt-tolerant cultivars ‘CCRI 35’ and ‘Zhong 07’ decreases during salt stress, while the methylation ratio of salt-sensitive ‘CCRI 12’ increases from 68.1% to 75.8% [29]. One DNA fragment with an altered methylation level is found to be homologous to a gene encoding a MYB transcription factor that is involved in stress tolerance [30]. In Arabidopsis thaliana, a transcription factor, the R2R3-MYB gene, was transcriptionally regulated through RdDM under salt stress. It is found that a region about 500 bp upstream region of AtMYB74 has a heavily reduced methylated level in respons to high sanity [31]. In rice, methylation decreased in the root and shoot of ‘Geumgangbyeo’ and ‘IR29’ under salinity stress, whereas it increased in ‘Nip’ and ‘POK’ [32]. The number of methylated bands decreased in root tissue of all genotypes, especially Nip [33].

In the frigid Zone and at high altitudes, and in the tropics, extreme temperatures affect plant growth, including cell growth, plant height, coleoptile growth, shoot dry mass, crop yield and flavor [47-49]. As under other abiotic stresses, changes in methylation level are dynamic under temperature stress [50]. Compared with normal temperature, the methylation rate of cotton (Gossypium hirsutum) decreases under cold stress, and continues to decrease with prolonged cold treatment [29]. The methylation rate of cotton seedlings recovers somewhat when subsequently grown under a normal temperature, but never returns to its original level [51]. Two fragments shown to be demethylated under cold stress were found to be homologous to G. hirsutum transcription factors. One, WRKY1, belongs to a gene family involved in plant defense [52], while the other, MYB, belongs to a superfamily of transcription regulatory proteins with key roles in plant development and responses to abiotic stress [53]. The methylation rate of maize (Zea mays L.) also decreases under cold stress [54]. In this species, the polymorphic fragment DM 113 is found to be homologous to LOC100281677, which encodes cystathionine β -synthase (CBS) domain-containing protein. The CBS domain has no defined functions but is involved in the catalytic activity of many enzymes [55]. In tobacco, overexpression of CBS domain-containing protein can improve salinity, oxidative, and heavy metal tolerance [56].

There is an interesting phenomenon that DNA methylation changes contributed to cross-adaptation process. In Brassica rapa , the cold induced methylation would confer a heat tolerance. 1562 differentially methylated genes are indentified in cold treatment Cold acclimation alters DNA methylation patterns and confers tolerance to heat and increases growth rate in Brassica rapa., during which four methylated genes, including BramMDH1, BraKAT2, BraSHM4, and Bra4CL2, are related to increase the organic acids and photosynthesis levels, and then lead to a improved heat-tolerance and high growth rate [59].

Table 1 shows the polymorphic fragments identified from different species and tissues under control and abiotic stress conditions, and their respective homologous genes, revealed using BLAST. Gene expression is interrelated with gene methylation status, i.e., changes in methylation levels affect gene expression. Some genes, such as Os09g27580, GU324346.1, NM_001157237 and NM_001154597, match with polymorphic fragments that are known to be involved with abiotic response in plants [55,60,61] while others are involved in growth, flowering, and ROS generation [62,63].

This review briefly introduced the RdDM pathway, which increases DNA methylation. Recent research has shown that not all targeted loci are fully dependent on 24-nt siRNA, and that 25-50 nt P4 RNAs may have a similar function. Changes in methylation levels under abiotic stress reveal that different species and genotypes vary in methylation levels in different ways, and that in some cases there is even variation within species under certain stress conditions.

Despite the fact that recent studies have increased our knowledge of DNA methylation and its relationship to stress responses, the answers to several questions remain unknown; for example, what are the exact functional mechanisms of P4 RNAs? What’s the general mechanism of plant DNA methylation in regulation with gene expression and maintain? Obtaining further insights into methylation and the precise pathway in which it alters DNA expression will be a pivotal challenge for future studies. 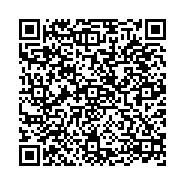