Extension of potato cultivation to tropical areas has been constrained by the thermosensitivity of most cultivars which require low temperature during induction of tuber formation and their subsequent development. Development of culivars for heat tolerance requires robust phenotyping methods for evaluating germplasm which is generally maintained as in vitro plant cultures. Microtuber production behaviour of five potato genotypes with contrasting themotolerance levels was studied to develop an in vitro assay system for screening potato genotypes for tolerance to high temperatures. Significant differences were observed with respect to tuber number, tuber weight and plant weight in all the genotypes at ambient (18°C) and elevated temperature (25°C). Kufri Himalini and CP4054 produced highest tuber number at 18°C and 24°C respectively. Although plant weight increased with an increase in temperature in all genotypes, total biomass increased only in tolerant genotypes. Heat tolerant genotypes exhibited comparable tuberization at both the temperatures whereas tuber formation was reduced in heat sensitive genotypes at elevated temperature. All genotypes formed micro tubers in vitro but only thermotolerant genotypes formed tubers in soil at elevated temperature, suggesting that mixotropic culture media overcome the effect of high temperature in the inhibition of tuberization indicating the need to use culture media devoid of hormones for developing a reliable in vitro assay system. 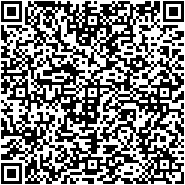