Over the years, Nigeria like every other developing country has shown great interest in foreign direct investment (FDI) in its path towards economic growth and development. This is well highlighted by the investment code that created the Nigerian Investment Promotion Commission in 1995 [1] and there are various ways the government has tried to make the economy suitable for investors to thrive in as the years roll by. Apart from the government, people interested in the welfare of the economy have also shown interest in the impact foreign direct investment has on the Nigerian economy.

As change is constant, the economy is not as it has always been; this is even highlighted by the economic recession the country experienced just recently. From statistics available, foreign direct investment inflow during the period of the recession increased heavily but dropped to about 30% at the outset of recovery in the 2nd quarter of 2017(Trading Economics). This suggests a negative relationship between FDI and economic growth and not the positive relationship often associated with this relationship. Also, in the first quarter of 2018, statistics show that the FDI inflow increased but the GDP growth rate of the country decreased.

Generally, comparing these variables over the past ten years, available statistics show that in periods where the economy was receding, the inflow of FDI was increasing while in periods or quarters where FDI inflow was decreasing, the real GDP growth rate was increasing. There is a need for a new and more accurate analysis on the impact of foreign direct investment on the economic growth of Nigeria. The country is changing and there are new policy plans in motion as each new government proposes strives to move the country towards development thus causing the economic environment and the macroeconomic features of the economy to change as well. Therefore, there is a need for further examination of the relationship between foreign direct investment and growth in the country.

The study reviewed some key growth theories as it relates to foreign direct investment.

According to the standard neoclassical theories, economic growth and development are based on the utilization of land, labour and capital in production. Since developing countries in general, have underutilized land and labour and exhibit a low savings rate, the marginal productivity of capital is likely to be greater in these countries. Thus, the neo-liberal theories of development assume that interdependence between the developed and the developing countries can benefit the latter. This is because capital will flow from rich to poor areas where the returns on capital investments will be highest, helping to bring about a transformation of ‘backward’ economies. Furthermore, the standard neoclassical theory predicts that poorer countries grow faster on average than richer countries because of diminishing returns on capital. Poor countries are expected to converge with the rich over time because of their higher capacity for absorbing capital [3].

The main channels through which foreign direct investment affects economic growth have been highlighted by the new growth theorists and they have developed a simple endogenous growth model which demonstrates the importance of foreign direct investment in engendering growth through technological diffusion. Typically, technological diffusion via knowledge transfer and adoption of best practice across borders is arguably a key ingredient in rapid economic growth. And this can take different forms. Imported capital goods may embody improved technology. Technology licensing may allow countries to acquire innovations and expatriates may transmit knowledge. Yet, it can be argued that foreign direct investment has the greatest potential as an effective means of transferring technical skills because it tends to package and integrate elements from all of the above mechanisms. These also can boost the host country’s economy via capital accumulation, the introduction of new goods and foreign technology (according to the exogenous-growth theory view), and also by enhancing the stock of knowledge in the host country by way of the transfer of skills according to the endogenous growth theory

Another group of results to take note of are those of [10,11] where they concluded that for the period of their analysis, the relationship between foreign direct inv estment and economic growth was negative i.e. an increase in foreign direct investment for that period, not only did it not lead to an in increase in economic growth, there was instead a reduction in the GDP growth rate. With these conclusions, we see a contrary conclusion to what theory predicts and also the need for a review of the impact of foreign direct investment in the country as we can see that it is not always positive in every period or even significant to the growth of the economy

In 2004 the oil sector was responsible for about 26.4% of the country’s GDP on its own, but in recent years now, as seen in 2017, the oil sector alone (crude petrol and gas sub-sector) accounted for just 8.67% of the country’s GDP. It is apparent which sectors are now the major contributors and which sectors are declining. The data shows that within 2013 and 2017, there has been an increase of 9.84% in the service sector’s contribution, 9.84% increase in the trade sector, 12.04% increase in the building and manufacturing sector, 16.47% increase in the agricultural sector but a 5.38% decline in the industrial sector and this is mainly due to the 16.43% decline in the production from the oil sector

The Table 1 shows the decline in the value of the total GDP in year 2016 where the economy was in recession and output was in decline. Although some other sectors also reduced in total output during that period, the table shows the large decline in the output of the industrial sector, or to be more precise, the oil sector and this shows how changes in the oil market affects the economy or used to affect the Nigerian Economy. But due to the emergence of the service sector and the resurgence of the agricultural sector, coupled with a steady increase in the trade sector and other sectors, the country has been able to push output and leave recession and hopefully continue on the right path towards economic development through diversification [17-22].

Sectoral Composition of FDI in Nigeria

Table 2 provided data up to 2001 while Table 3 provided data from 2014, about 13 years of missing data. But from the tables above, it is apparent how focus had shifted from the extractive industries which were the main sectors in the early phase of the nation to now other several sectors such as banking, financing, services, telecommunications, etc. with each of them having high stock of the FDI inflow at several times.

It is important to note how focus had moved from sectors like trading and business, manufacturing, building and construction which used to contribute about 19.1%, 32.3% and 4.7% but now in recent times have stocks just about 4.25%, 14.7% and 0.8% respectively as at the second quarter of 2018. New sectors that now account for a large volume of FDI stock in the country include the service sector with a stock of 33.7% as at 2018 second quarter, the banking and finance sector which both had stocks as high as 47% and 39% respectively in recent years and even till now remain main attractors for investors.

The methodology for this study is mainly quantitative analysis and with the use of secondary data obtained from certain institutions in the country such as the Central Bank of Nigeria (CBN) through the use of the internet. The method of analysis is the Ordinary Least Squares method (OLS) regression technique applied to time series data covering 2007 to 2017. For the model specification used in carrying out the analysis, the growth accounting equation was used, this growth accounting equation was derived from the Solow growth model. Output grows because of increases in inputs as well as increases in productivity, as a result of improved technology and a highly skilled labour force. Thus, the production function presents a quantitative connection between inputs and output:

Where Y is output, K is capital, L is labour and A is total factor productivity

The effect of FDI on economic growth is analyzed in the standard growth accounting framework. To begin with, the capital stock is assumed to consist of two components: domestic and foreign- owned capital stock. Therefore, for the model specification, capital is represented by foreign direct investment. The dependent variable for the model is economic growth which will be measured by the GDP level of the country while the independent variables for the model are total factor productivity growth, FDI inflow in the country and the labour force of the country.

The R2 for the model is 0.96 which implies that the model can explain 96% of the changes in the variations of GDP (the dependent variable) while the Adjusted R2 is 0.95. The t-statistics for FDI is 0.81 revealing that FDI is statistically insignificant to the economic growth of Nigeria for the period of the study while for the labour force and total factor productivity; the t-statistics were 8.87 and 2.37 respectively and this reveals that the two variables (labour force and total factor productivity) are statistically significant to the economic growth of the country. The Durbin Watson test revealed a statistic of 1.57 when calculated which implies some degree of positive autocorrelation in the model while the F statistics was 60.78 which implies that the overall model is significant [23-25].

As theories are not just random thoughts but tested facts and also as seen in the case of some countries, foreign direct investment inflow should contribute positively to the economic growth of the country and in the case of Nigeria, although statistically insignificant, for the period of the study, FDI exhibited a positive relationship with economic growth. One aspect that should not be ignored though is the statistical insignificance of FDI which hints that even though the relationship was positive, FDI did not contribute much to the growth of the country.

One major reason for that is the sectoral inflow of foreign direct investment in the country. There is no doubt that there are specifics sectors, particular in each country where investment is solely and largely needed for the country to grow, and in Nigeria here, enough emphasis cannot be placed on the need for the country to be able to feed itself before going into several other aspects.

The Agricultural sector in the country needs a large transformation and from the data revealed, this sector has never been one of the favorite sectors in attracting foreign direct investment. This can be due to several reasons but as seen in the theoretical literature, inflow in the Agricultural sector is needed and the government should do its best in making the sector attractive and begin large scale mechanized farming in the country. The advantages of doing this are numerous for the present economy right now.

Not only the sectoral inflow but several features in the country that are not working as they should be our part of the reasons foreign direct investment is not able to have a significant impact on the economy of the country. It is time to stop worrying about the volume of foreign direct investment for now, but instead to make sure the investment currently in the country are in the right places and are subjected to conditions that will lead to positive externalities. The policy situation in the country also goes a long way in determining a lot of these factors so a knowledgeable and competent leader or administration is needed. 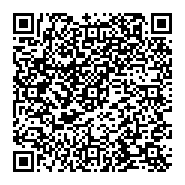