A study to assess the efficacy of mist–netting technique for capturing of avian pests was carried out in a millet field at Gharo, lower Sindh, Pakistan. A total of 1560 (mean: 52.00 ± 3.98/day) house sparrows, Passer domesticus (59.75%), 161 (mean: 4.37 ± 0.45/day) rose–ringed parakeets, Psittacula krameri (6.16%), 833 (mean: 27.77 ± 2.32/day) spice finches, Lonchura punctulata (31.9%) and 57 (mean: 1.87 ± 0.24/day) other birds (2.18%) were captured. House sparrows, Passer domesticus, and spice finches, Lonchura punctulata, were found the most abundant species damaging the crop. Capture success of the birds differed significantly for different bird species and capture times. Mist–nets had been used as an important tool for population monitoring however, the present study highlight the significance of mist net technique as an important tool for reducing number of small pest birds in combination with other avian management techniques used for Integrated Pest Management. Recommended regime would be from sunrise to sunset with have peak duration i.e early sunset and pre–sunset interval.

Birds are important components of agro–ecosystem. The dual role of birds in agriculture is an established fact [1]. Birds make an excessive proportion in the diversity of vertebrates [2], Firstly; they feed on grain seeds, fruits and green vegetation and come in conflict with man by inflicting economic losses. Secondly, they feed on insects, other arthropods and rodents etc. and render a service to agriculture as they keep a very potent check on insects’ pest population [3].

Some species of birds are severe pests and inflict heavy losses to agricultural crops. For example rose–ringed parakeet, Psiitacula krameri is a major avian pest of oilseed and horticultural crops [4,5]. Similarly, house sparrow, Passer domesticus, inflicts heavy damage to wheat and other grain crops [6]. Some bird species are minor/short duration bird pests, but they inflict heavy damages to the targeted crop, such as pigeons, bulbuls, baya weaver etc.

Avian pest management is a complex problem due to variation in ecology, biology and behavior of different birds. Successful integrated avian pest management offers year round effective chemical and non– chemical methods simultaneously or in sequence to reduce their number. The chemical methods cause hazards to human and non– target species, farm animals and environment. Methods of scaring the birds may be laborious and difficult. Moreover, birds become used to with such techniques after some time. In these situations, live trapping of birds can be successful for reducing their population. The trapped birds have economic value too; Such as sparrows can serve a protein rich food for farmers, whereas rose–ringed parakeets, finches and some other birds can be sold in pet trade. Live–trapping can be conducted by different tools and techniques.

Mist–netting is an important technique for capturing small birds. Some earlier studies on mist–netting for monitoring avian population, migration and community studies served as an impetus for this study [7]. Findings of this study regarding capture rate and capture time of serious avian pests (such as, house sparrow) may be useful for developing avian pest management models. Mist netting technique may be used for the purpose of capturing birds for their identification, for of better integrated pest management (IMP) system [8–13]. It is a harmless economical and eco–friendly technique for capturing field birds [14]. Blake and Loiselle [11] suggested mist netting as a significant component for species record for ground–foraging, cryptic and non–singing birds. However, Wang and Finch [15] observed that mist netting was not suitable for some species such as raptors and aerial foraging swallows.

Mist–nets having sizes of 2 meter length, 9 meter height with 4 shelves and having a mesh of 1.50 centimeters were used for their efficacy to capture the field birds inflicting damage to ripened millet crop.

Array of the nets (n=12) were erected 2 feet higher than the millet spikes at three sides of the crop (from where the birds invasion was expected) whereas the fourth side was toward the road having no possibility of birds invasion. The nets were attached to long bamboos, which were pushed and fixed in holes dug into the ground. Two strong cords were tied to bamboos and fixed by tent pegs in the ground to support the nets. The nets were stretched after sunrise and folded carefully before sunset every day. The nets were watched continuously from a suitable, hidden place so that birds could not be disturbed. The data on trapped birds was recorded regularly and analyzed statistically.

Measurement of bird’s diversity: Diversity index is a mathematical measure that is a function of species richness and abundance diversity was measured using popular Shannon–Wiener information theory function.

Where pi is the proportion of entire number N belonging to the i–th species.

Species richness: The species richness is the number of species present as a function of total number of individuals (N) using the formula proposed by Menhinick (1964) follows.

Where S is equals to the number of species and N is the total number of individuals of all species.

Equitability or Evenness (J): Which describes the evenness of allotment of individuals among the species was calculated as the observed diversity as a proportion of maximal diversity in that assemblage. It was calculated according to pielou, (1969) as:

Furthermore, Table 2 described the capture time for major avian pests. House sparrow was founded to be the most abundant pest, which confirms the earlier studies by Bashir [16] and Roberts [17] about their pestilence for millet. House sparrows and rose–ringed parakeets attacked the crop in small flocks and were captured mostly in morning and evening (Table 2). Captured house sparrow and spice finch are shown in Figure 1 and Figure 2 respectively. The capture success was directly proportional to foraging activity during morning– forenoon and afternoon–evening sessions. These observations are in line with the findings of Khan et al. [18]. The second large group of trapped birds was spice finches. Amazingly, no spice finch was seen at early morning or late afternoon. They were however seen in larger flocks, during the day time (1200– 1500 h), attacking the crop and causing severe damage to it. This is a first–hand report on the pestilence status of the spice finch. This finch is popular among finch breeders, both professional and amateur, generally. Akesson et al. [19] and Erni et al. [20] reported that strong winds and cloud cover affect the mist–netting. Similarly, no activity of spice finch was observed during windy weather in this study. Data were recorded on the days of stable weather conditions to minimize the influence of weather on capture success. Variation in inter–specific capture rate and variation in capture time was observed, which may be due to variation in foraging as well breeding behavior among different species of birds. There was significant difference in the average catches of various species (Table 3). Similar studies regarding variation in capture rate of reed passerine birds were carried out by Gyuracz et al. [21].

Other birds were also observed roosting and loafing in the surroundings. However, they were not attracted by millets. For example, only four mynah were captured regardless of their large population in the study area. It may be due to the reason that they preferred eating insects. Researchers reported preference of mynah for insects. Similarly no pigeon was captured may be due to the fact that they pick their feed from the ground and do not feed on the standing crop.

When diversity of major avian pests assemblages were measured, it was found that the highest general diversity (H) was highest at 13 day (1.168) while, it was lowest 0.721 on 24th day (Table 3). Equitability was highest 0.937 on 11 day of sampling while it was lowest 0.491 on 6th day. Species richness (d) gave highest value 0.875 on 20th day. Dominance concentration (D) gave opposite trend, it was highest 0.635 on 22th day whereas it was lowest 0.342 on 13th day. Diversity indices as well as dominance varied slightly within the sampling period.

One factor ANOVA were also applied on the data of mist net technique (Tables 4A-6B) and found no significance difference in house sparrow and Rose–ringed parakeet while, Spice finch showed significance value (p ≤ 0.05).

Table 6A: ANOVA table of capture success of Rose–ringed parakeet by mist net.

Mist netting is an important tool for development of species check lists, offers useful directories of relative abundance, and can be used to track chronological developments in abundance. However this study suggests that the Mist Netting Technique may be successful in combination with other avian management models for reducing the number of pest birds, and may thereby reduce the losses inflicted by them. The technique is an environment friendly, economic, less laborious and simple method for farmers. Birds around airports are considered a threat to human safety because of potential bird–aircraft collisions. The elevated mist nets around air ports may be significant for capturing various small sized birds which may be sucked in the aircraft engine. 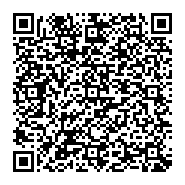