Medical gadgets are the most expensive item in a hospital's budget. In general, there are significant differences in medical equipment management methods between different health systems and hospitals within the same system in terms of range, variety, and cost. The usage and/or misuse of medical equipment pose a considerable risk to workers and patients. Stents, base makers, and ventilators are examples of medical devices that range from simple tongue depressors to more complex and high-risk equipment like stents, base makers, and ventilators. Almost all regulatory agencies and the World Health Organization (WHO) agree on a single definition for a medical device: An instrument, equipment, implement, machine, contrivance, implant, in vitro reagent, or other similar or related object, including a component part, or accessory. Recognized in the official national formulary, the United States Pharmacopoeia, or any supplement to them, and intended for use in the diagnosis of disease or other conditions, or in the cure, mitigation, treatment, or prevention of disease in man or other animals, or intended to affect the structure or any function of man or other animals, and which does not achieve any of its primary intended purposes through chemical action within or on the body of man or other living beings, and which does not achieve any of its primary intended purposes through

Medical devices have a less developed regulatory structure than other health items such as medicines and vaccines, with official regulation beginning in the mid-1990s. National authorities are responsible for implementing and enforcing medical device laws in 65 percent of the 145 nations, and many of the governments that have written regulations have made little headway in putting them in place. Medical device regulations have the primary goal of ensuring the safety, quality, effectiveness, and performance of medical devices in accordance with their intended use. As a result, medical devices are categorized based on the risk they pose to the patient and the user. The regulatory classification system's main goal is to determine the level of regulatory oversight required for a device's marketing.

Post-market surveillance is a wide phrase that encompasses all medical device monitoring efforts. The post market surveillance vigilance system requirements set forth by the Global Harmonization Task Force (GHTF) member economies (Australia, Canada, the European Union, and the United States) cover after-sale obligations, device performance monitoring, problem identification, adverse event reporting, alert, recall, and corrective action. Post-market surveillance is divided into proactive and reactive actions, with proactive activities relating to market control, such as batch release testing and establishment inspection, and reactive activities encompassing the medical device vigilance system. Injury prevention, product enhancement, standard development, and regulatory refinement all benefit from post-market surveillance data. Medical electronics are divided into three areas by the medical industry: Diagnostic and therapeutic equipment, home equipment, and imaging equipment. Userelated risks can arise for a variety of reasons, including using the device in unexpected ways, using the device in ways that are inconsistent with the user's expectations for device operation, and the use environment, such as job stress and mental strain. Device failure hazards include insufficient reprocessing of medical equipment and patient handling of the device.

Medical device adverse events such as arching and burns from defibrillator pads, must be notified to the regulatory body in the nation where the incidence occurs; undetected issues raise the risk of injury to patients and healthcare providers. Adverse event reporting can assist regulatory authorities in taking preventative measures, investigating, working with manufacturers on corrective actions, and disseminating reports to other regulatory authorities and reporting centers, such as the international medical device regulators forum's National Competent Authority Report (NCAR) and the Asian harmonization working party's Safety Alerts Dissemination System (SADS). Between 2003 and 2007, the number of adverse event reports reported to the USFDA by manufacturers, user facilities, and other reporters more than quadrupled. In 2003, there were 72,866 reports, which increased to 150,210 reports in 2007. The vast bulk of these reports came from manufacturers. Medical device recalls by manufacturers are critical because they can be used to take preventative actions to avoid events that result in injuries and deaths. For the years 1999 to 2005, the USFDA recorded a total of 3771 product recalls. During the period 1986 to 2013, the Therapeutic Goods Administration (TGA) received 32,300 medical device adverse event reports, with 3309 of them received in 2013, and the majority of these reports were filed by medical device sponsors. The Saudi FDA documented 705 adverse occurrences between 2008 and 2015, with the majority of these reports (83%) coming from manufacturers and distributors, and only 12% coming from healthcare practitioners. Death accounted for 7.5% of the reports, injury for 9.2% and malfunction for 42%.

Unintentional traumatic events associated with a particular device were reported as the most common mechanism of injury, according to a total estimate of medical device associated adverse events from emergency departments of a national stratified probability sample of hospitals of 454385, which is more than four times the annual number of adverse event reports received by medical device regulatory surveillance systems. This highlights the underrecognition of medical device-related adverse events as a public health issue. Medical device makers are legally compelled to report adverse incidents and Field Safety Corrective Actions (FSCAs) to competent authorities under the European medical devices directive. Manufacturers must notify the relevant national responsible authority about accidents and field safety corrective steps, according to the European commission's guidelines paper on a Medical Devices Vigilance System. In addition, the manufacturer must investigate occurrences and take any necessary corrective measures. The European commission's guidance document has detailed information on timeframes and other vigilance reporting obligations. Companies that fail to disclose incidents accurately may face financial penalties or criminal consequences. The European vigilance system requires users to report an incident to the manufacturer or competent authority if there is a clear link between the device and the incident, and if the incident has resulted in or may have resulted in death, and if the incident has resulted in or may have resulted in deterioration in patient or user health. The manufacturer or authorized representative must submit an initial incident report and a final report to the relevant authorities. There are times when reporting is not necessary under the European medical device vigilance system, such as when defects in the device are discovered prior to use, when the incident is caused by patient conditions, or when the incident does not result in death or a substantial worsening in health. 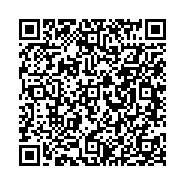