Indigenous tree species have an essential value in ecosystems however, most tree planting initiatives have promoted exotic species because of less understanding on their real potential. This study was conducted in grazing land in Guduru district, Western Ethiopia to examine the effect of three indigenous tree species; Acacia abyssinica, Croton Macrostachyus and Ficus sur as well as their canopy cover on herbaceous diversity. Three relatively similar trees per each of the species were selected for the study. A quadrat of 0.5 m × 0.5 m (0.25m2 ) was laid out at different distances from the tree trunk. Shannon diversity index and Margalef’ index was used to estimate the diversity of herbaceous and species richness. Total of twenty seven samples (one hundred and eight subsamples) were laid out to collect data for herbaceous diversity. Two-way analysis of variance (ANOVA) using General Linear Model (GLM) procedure in an arrangement of randomized complete block design was applied with SAS (version 9.1) software to test the differences between the investigated parameters as factor of tree species and canopy cover. When significant differences were detected means were separated using LSD at 5% level of significance. A total of 31 herbaceous species that belonged to twelve families were identified. The highest herbaceous species richness and diversity (1.75, 2.21) were obtained outside the tree canopy. Generally, lower herbaceous richness and diversity were observed under tree canopy which might be because of dense structure of tree canopies and lack of appropriate silvicultural treatments

Agroforestry is a dynamic, ecologically based natural resources management system through the integration of trees on farms and in the agricultural landscape diversifies and sustains production for increased social, economic and environmental benefits. There are several types of traditional Agroforestry practices in different parts of Ethiopia. Some of these include; coffee shade tree systems, scattered trees on the farm land, home gardens, woodlots, farm boundary practices and trees on grazing lands
Parkland agroforestry is common type of agroforestry systems in the tropics, which provide more contribution to farmer's livelihood mainly through trees, feature prominently in traditional farming system. Parkland agroforestry also defined as anthropogenic landscapes in which scattered multipurpose trees occur in fields or fallow as a result of farmer selection and protection.
Ethiopia is one of the countries in the world with high level of biodiversity endowed with a number of woodland trees that could be used as multipurpose tree species. Indigenous tree species have an essential value in restoration of ecosystems and provision of  livelihood support functions however, most tree planting initiatives have promoted exotic species ignoring native species on which people have depend for long period of time because of less understanding or few studies on their actual potential .
The effect of trees on associated under storey species productivity varies with the species and environments that trees can benefit herbaceous vegetation through amelioration of harsh environmental conditions and increased nutrient availability. Belay et al. noted that indigenous parkland agroforestry practices of Faidherbia albida and croton macrostachyus trees improve soil fertility and grain yield of maize in the semi-arid area of small-holder farms of Umbullo Wacho watershed of Hawassa Zurya district in southern Ethiopia but, the effect of trees in different agro-ecology and farming system on herbaceous species has not been well studied and documented in western part of Ethiopia, particularly in the study area.

The study site was purposively selected from grazing land found in the district; Wollega University, Horro Guduru animal production and research center. The research site is subdivided into three areas for the ease of management, 'Jaarraa', 'Harbuu Dheeressaa and Boxooshoo. From these the study was conducted at Harbuu Dheeressaa by visual observation and presence of the targeted tree species for the study. From commonly grown indigenous species three matured tree species, Acacia abyssnica, Croton macrostachyus and Ficus sur were selected those having relatively similar canopy size, Diameter at Breast Height (DBH) and structures growing under similar condition in the study area were systematically selected. Acacia abyssinica Hochst. Ex Benth. Belongs to Fabaceae family, Croton macrostachyus' Hochst. ex Del. belongs to Euphorbiaceae family and Ficus sur Forssk. (F. capensis) belongs to Moraceae family which has a value as a food and feed. Generally of nine trees (three trees per each of the selected species) and twenty seven samples; three species each at three levels with three replication are laid out. A total of one hundred and eight sub quadrats three tree species, three distances from tree trunk, in four direction of tree trunk, in three replications were formed to take the samples.

Effect of Trees and Canopy Cover on Herbaceous Species Diversity

The results of Margalef's richness index, Shannon diversity index and the statistical analysis of the collected data didn't show significant differences in species richness, diversity and their evenness among the selected tree species but, comparatively the highest species richness, diversity and evenly distribution of herbaceous species was obtained under Acacia Abyssnica . This could be, attributed to Acacia abyssinica tree created a suitable microenvironment for lower under canopy herbaceous species by having a scattered light crown structures providing comparatively suitable sunlight than others and its ability to fix nitrogen that leguminous plant species (Fabaceae family) can enter a symbiotic relationship with root nodule bacteria collectively called rhizobia bacterial genera, Azorhizobium, Bradyrhizobium, Mesorhizobium, Rhizobium and Sinorhizobium thus, nitrogen fixing plants are key constituents in many natural ecosystems .
However, a significant difference in herbaceous species richness and diversity was observed along the radial distances from the tree trunk. The highest species richness and diversity were obtained in an open area. The least species richness and diversity were obtained under the tree canopy. The diverse herbaceous species in an open area might be attributed to a relatively light intensity of grazing as suggested by Davari et al. could increase the species diversity as well as the suitability of soil condition. Similarly, Archer (1997) noted that grazing and browsing pressure alters patterning of herbaceous vegetation. Ecological provision of densely grown annual grasses protects soil depletion and modifies the structure of soil inturn creating suitable condition for growth of diverse species.
Lower herbaceous richness and diversity under tree canopies might be due to the physical canopy structure of trees having dense canopy structure particularly under Ficus sur lack of appropriate silvicultural treatments might be also another factor which affect the positive contribution of these indigenous tree species on herbaceous richness and diversity as similarly, suggested by Laurent et al. contrary to this, Abdallah et al. indicated tree canopies have positive effect on species diversity, plant cover, plant biomass and density of the herbaceous vegetation.
Modifications of environmental conditions by trees leads to a modification of the ground vegetation's particularly for those shade tolerant species however; more of the positive influence of tree species on above ground herbaceous richness and diversity was confounded by the longevity of grazing fallow period and presence of dense grasses in an open area. Generally, the finding showed that different tree species differently influence to the communities of standing herbaceous species diversity. 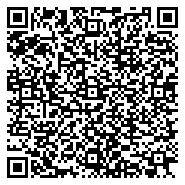