A woman was referred for consultation with painful lesions on her thighs. She was diagnosed with Crohn’s Disease (CD) at age 18 years, and although intestinal symptoms were promptly controlled with azathioprine, perianal involvement remained active. After multiple surgeries in that area, treatment with double-dose infliximab was initiated and achieved better control of the disease. Five years after starting TNF-α inhibitors, the patient developed painful violaceous inflammatory nodules with scattered follicular papules on her thighs. She was afebrile and did not have diarrhea, abdominal pain, or joint pain. Two biopsies were taken from a nodule. One was sent for histopathologic analysis and the other for tissue culture. Histopathological study revealed a mixed inflammatory infiltrate composed of neutrophils, T and B lymphocytes, and plasma cells distributed around the hair follicles and apocrine glands.

It typically affects areas rich in apocrine glands: the axillae, groin, perianal and perineal region, submammary skin, buttocks, and pubic region. With the exception of the medial thigh area, the legs are traditionally thought to be spared by HS. The follicular subtype is characterized by armpit and thigh involvement and the development of nodules. The inflammatory subtype involves the armpits and groin and is characterized by the presence of abscesses and sinus tracts. Therefore, although folliculitis is part of the clinical spectrum of the disease and is especially frequent in the follicular phenotype, cases presenting with a singular feature like painful nodules on the thighs have not been frequently reported, which can complicate their diagnosis. Epidemiologic studies have shown that HS is markedly more common in patients with Inflammatory Bowel Disease (IBD), especially those with CD. Although both diseases share clinical characteristics and risk factors, as well as similarities in their pathogenesis, a clear relationship between both diseases has not been established yet. The use of TNF-α inhibitors to treat these patients could be another risk factor for the development of HS. A recent small case series has described HS as a paradoxical reaction after administration of biologics for other reasons, such as IBD, inflammatory rheumatism, and psoriasis. Adalimumab was the most frequently associated biologic, followed by infliximab, and CD was the most common underlying inflammatory disease. The specific treatment for HS did not change, but complete remission was more frequently achieved when the biologic agent was interrupted or switched. We started our patient’s treatment with oral prednisone and clindamycin and rifampicin. Given the difficulty in controlling the patient’s underlying IBD, we decided to continue treatment with infliximab. The patient’s HS lesions did not progress after her next infusion. Moreover, she did not flare directly with the previous infusions, essentially ruling out the possibility of a paradoxical reaction to the TNF-α inhibitor as an etiology. At follow-up 6 months later, the clinical presentation had improved, with only a few inflammatory nodules present on the thighs that were treated with intraregional corticosteroids.

In addition, it can go about as a biochemical marker for cancers started from those cells. A precise writing search investigating articles distributed in PubMed, MEDLINE, LILACS and Scielo dating, was performed. The inquiry terms were "enolase and sensory system disabilities", "enolase and celiac sickness", "against enolase antibodies and celiac infection", "celiac illness and mental manifestations" and "celiac illness and sensory system". Altogether, 43 articles were remembered for the current survey, all evaded to psycho-neurological signs of CD, the job of enolase and against enolase antibodies in CD just as its job in psycho-neurological-conduct indications of CD. Neuron-explicit enolase and CD were first referenced. Biopsy examples from patients with CD, Crohn's infection, carcinoma of the duodenum and typical controls were investigated for NSE. An expanded staining of NSE in the mucosa in CD and Crohn's infection was shown. It was the initial occasion when expanded nerve fibers were accounted for in the mucosa in CD and Crohn's infection. NSE staining was more observable in CD than in Crohn's illness. In a gathering of researchers from Czech Republic examined the sera and digestive biopsy examples of patients with CD. Eleven proteins were identified by a proteomic examination among them were Adenosine Tri Phosphate (ATP) synthase chain and two variations of enolase, depicted without precedent for CD patients. The creator’s referred to an Italian review depicting a cytosolic type of alpha-enolase, yet additionally the layer variation of this compound perceived via autoantibodies. Accordingly, another antigen was found and a clever conceivable instrument of pathogenesis of CD was proposed. Intriguingly, a low titer of AAE IgA and a much raised AAE IgG were recognized in CD sera. This recommends that the actuation of autoreactive B cells against ENO1 could be a foundational occasion and in addition to a nearby, mucosal one. The review exhibited that CD patients had higher titers of AAE Ab, contrasted and the solid subjects. Simultaneously, non-holding fast to Gluten Free Eating Regimen (GFD) CD patients had higher titers of AAE Ab contrasted with the agreeable subjects. The creators recommended that those antibodies may be a novel biomarker for intestinal persistent aggravation among resistant CD patients. The use of TNF-α inhibitors to treat these patients could be another risk factor for the development of HS. A recent small case series has described HS as a paradoxical reaction after administration of biologics for other reasons, such as IBD, inflammatory rheumatism and psoriasis. Adalimumab was the most frequently associated biologic, followed by infliximab, and CD was the most common underlying inflammatory disease. 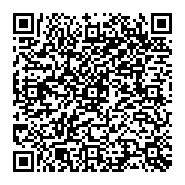