Aim of Review: It is generally believed that low-density lipoprotein (LDL) and monocytes enters the vascular wall from the lumen, and the former becomes oxidized LDL (oxLDL) and the latter macrophages and they participate in atherosclerosis However, definite in vivo clinical evidence is lacking. This review article summarizes our findings on the possible roles of oxLDL and other lipoproteins stored in pericoronary adipose tissue (PCAT), which, when thickened, becomes a risk factor for coronary artery disease.
Findings: Immunohistochemical staining of PCAT and its adjacent coronary arteries obtained from autopsy subjects revealed that oxLDL, high-density lipoprotein (HDL) and apolipoprotein A1 (ApoA1) co-deposited in adipocytes in the majority of PCAT samples. LDL did not deposit in PCAT. The incidence of oxLDL was low in the intima of normal coronary segments, but increased during the growth stage and decreased during the mature stage of plaques, whereas that of HDL and ApoA1 was increased in
the growth stage and increased further in the mature stage. The incidence of LDL in plaques was low and showed no obvious relation to plaque morphology. OxLDL and ApoA1 deposited in either a dotted or diffuse pattern whereas HDL showed a diffuse pattern in both the PCAT and intima. The dotted pattern occurred when oxLDL or ApoA1 was contained in CD68(+) -macrophages that were observed in the PCAT, adventitia, media and intima. A certain group of CD68(+)-macrophages contained both oxLDL and ApoA1. The CD68(+) -macrophages across the border of the PCAT, external and internal elastic laminae were frequently observed, suggesting their traverse from the PCAT toward the intima. The localization of diffusely deposited oxLDL, HDL and ApoA1 coincided with that of intimal vasa vasorum. LDL was deposited diffusely in the intima but its localization did not necessarily coincide with that of vasa vasorum.
Summary: Contrary to the generally believed mechanism, immunohistochemical findings suggested that native oxLDL, HDL and ApoA1 are stored in PCAT and conveyed either by CD68(+) - macrophages or vasa vasorum to coronary plaques. Therefore, therapies targeting the PCAT could be effective in preventing human coronary atherosclerosis.

It is generally believed that low-density lipoprotein (LDL) enters the vascular wall from the lumen and becomes oxidized low-density lipoprotein (oxLDL) by oxidation, after which it plays a key role in the initiation, progression and destabilization of atherosclerotic plaques. Monocytes also migrate into the vascular wall from the lumen, and become macrophages, which in turn accumulate oxLDL and become foam cells, while producing collagen-degrading enzymes such as metalloproteases and collagenases which destroy collagen fibers, and also hypochlorous acid which damages endothelial cells, resulting in vulnerable plaques [1-6]. It is also generally believed that anti-atherogenic substances such as high-density lipoprotein (HDL) [7,8] and its component apolipoprotein A1 (ApoA1) [9-12] enter the vascular intima from the lumen either directly or via vasa vasorum. Based on these generally believed mechanisms and using the plasma levels of lipoproteins and apolipoproteins as markers, lipid-lowering therapies are administered in the clinical setting, but with limited preventive effects on ischemic cardiovascular events.

We considered that there are other hitherto unrecognized storage site(s) and supply route(s) for the pro-atherogenic and anti-atherogenic lipoproteins and their components, which are not reflected in their plasma levels. (a) They are formed in the adipocytes or

(b) They are conveyed to the adipocytes from the systemic circulation via adventitial vasa vasorum or microvessels connecting the myocardium to PCAT.

Absence of LDL, the precursor of oxLDL, in PCAT supports the latter possibility for oxLDL.

HDL and ApoA1 co-deposit with oxLDL in PCAT: It is also generally believed that HDL and ApoA1 enter the vascular wall from the lumen. Based on this belief, therapies to elevate the plasma levels of HDL are attempted using fibrates or HDL- or ApoA1 -mimetic substances, but their preventive effects on ischemic coronary events are currently inconsistent in the clinical setting [16]. Using immunohistochemical techniques, we found that oxLDL co-deposits with HDL (Figure 2) or ApoA1 in human PCAT [14,15]. Figure 2: Co-deposition of Oxidized Low-density Lipoprotein (OxLDL) and High-density Lipoprotein (HDL) in Adipocytes of Pericoronary Adipose Tissue (PCAT).
A – A-2. Magnification: x 20. Double immunohistochemical staining of oxLDL (green by FITC- labelling) and HDL (red by Alexa 555- labelling) revealed their co-deposition in PCAT.
B – B-2. Magnification: x 100. OxLDL and HDL co-deposited in the same adipocytes of PCAT (arrows in A - A-2). Bar in A – A-2 and in B – B-2 = 20 and 5 μm, respectively. Reproduced with permission of Uchida et al. [14].

Supply routes of oxLDL and ApoA1 to adjacent coronary intima (plaque): Single immunohistochemical staining revealed that dotted oxLDL and CD68(+) -macrophages frequently showed amoebic configuration, and appeared to traverse the adventitia, and external and internal elastic laminae, suggesting migration from the PCAT to the intima (Figure 3) [13]. Double immunohistochemical staining revealed that dotted oxLDL or ApoA1 deposits were contained in CD68(+) -macrophages (Figure 4). The oxLDL-containing -CD68(+) -macrophages were not found within the adventitial vasa vasorum but were found in the interstitial spaces of PCAT, adventitia, media and intima)[13]. Because the adventitial vasa vasorum did not contain oxLDL-containing CD68(+) -macrophages, it is conceivable that the macrophages which did not contain oxLDL migrated to the PCAT through either the adventitial vasa vasorum or penetrating microvessels that connect the myocardium to the PCAT and thus obtained oxLDL in the PCAT and conveyed it to the intima. It is conceivable that oxLDL was supplied through coronary circulation or from the myocardium and was stored in the PCAT. It seems that ApoA1 is supplied to PCAT via the same routes. Figure 3: Configuration and Localization of Dotted Oxidized Low-density Lipoprotein (OxLDL) and CD68(+)-Macrophages Demonstrated by Immunohistochemical Staining.
CD68(+) -macrophages frequently distributed in series from the adventitia to the intima (arrows in A). OxLDL deposits (arrows in B and C) or CD68(+) -macrophages (arrows in B-1 and C-1) amoebic in configuration traversing the external elastic lamia (EEL) or internal elastic lamina (IEL) were frequently observed. The space between the arrowheads in B and B-1, and C and C-1 indicates EEL and IEL, respectively. Bar = 100 μm in A. Bar = 20 μm in B, B-1, C, C-1. Partially modified with permission of Uchida et al. [13]. Figure 4: Double Immunohistochemical Staining of Oxidized Low-density Lipoprotein (OxLDL) -containing CD68(+) -macrophages in the Pericoronary Adipose Tissue (PCAT), Adventitia, Media and Intima.
Ox-LDL is observed in CD68(+)-macrophages in the interstitial space of PCAT(arrows in A – A-1), adventitia (arrows in B – B-1), media (arrows in C – C-1) and intima (arrows in D – D-1). Arrowheads in D, D-1 indicate foam cells. in a plaque. Bar = 20 μm. Reproduced with permission of Uchida et al. [13]. 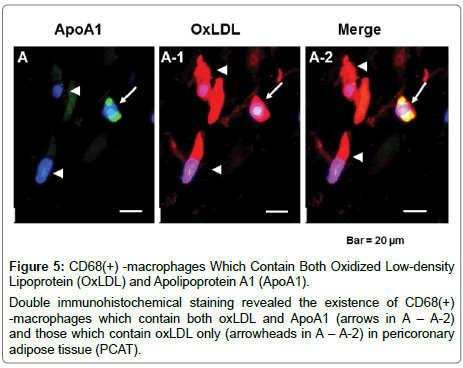 Figure 5: CD68(+) -macrophages Which Contain Both Oxidized Low-density Lipoprotein (OxLDL) and Apolipoprotein A1 (ApoA1).
Double immunohistochemical staining revealed the existence of CD68(+) -macrophages which contain both oxLDL and ApoA1 (arrows in A – A-2) and those which contain oxLDL only (arrowheads in A – A-2) in pericoronary adipose tissue (PCAT).

OxLDL, LDL, HDL and ApoA1 in plaques: The incidence of oxLDL was compared between normal coronary segments, white plaques (growth stage of plaque), yellow plaque without a necrotic core (NC) (mature stage) and yellow plaques with a NC (end stage of maturation) that were classified by conventional angioscopy and histology [17]. The incidence was low in normal segments, increased in the growth and mature stages and decreased in the end stage of plaques [13].

Different to oxLDL, the incidence of HDL in the coronary intima increased with plaque growth and increased further with plaque maturation [14]. Especially in plaques with NC, the core was filled with HDL.

The incidence of ApoA1 was low in normal coronary segments, increased with plaque growth and increased further with plaque maturation as with HDL. This finding indicated that, although an anti-atherogenic substance as with HDL, ApoA1 resembled oxLDL in its supply routes to the intima but differed from oxLDL and resembled HDL in its relation to plaque morphology [15].

The incidence of LDL in intima was low and had no obvious relation to plaque morphology [14].

Co-localization of oxLDL, HDL and ApoA1 with intimal vasa vasorum: Co-localization of diffuse oxLDL, HDL or ApoA1 deposits and vasa vasorum was more frequently observed in the outer half (medial side) of the intima in segments with white plaques than in normal segments and those with yellow plaques, and in both the inner (luminal side) and outer halves of the intima more frequently in segments with yellow plaques, indicating that oxLDL spread with the development of vasa vasorum (Figure 6) [13-15]. Deposition of oxLDL in the superficial layer of intima alone was rarely observed. These findings suggested that these proteins were mostly conveyed to the intima by either macrophages or neovascularized vasa vasorum. LDL did not necessarily colocalize with vasa vasorum and therefore its supply route(s) to intima remains to be elucidated. Based on the aforementioned findings, I propose a hypothesis on the storage and supply routes of oxLDL, HDL and ApoA1 (Figure 7). Imbalanced deposition in the PCAT and their supply to the intima may determine the fate of plaques. It remained obscure whether the CD68(+) -macrophages that contain both oxLDL and ApoA1 accelerate or suppress atherosclerosis. Increased volume of epicardial adipose tissue is a risk factor for coronary heart disease [25,26]. Increased supply of pro-atherogenic lipoproteins such as oxLDL from thick PCAT to coronary intima may accelerate coronary atherosclerosis.

Our findings suggested that molecular therapy targeting lipoproteins in the PCAT could be effective in preventing coronary atherosclerosis, by inhibiting storage of oxLDL or by enhancing storage of HDL and/or ApoA1.

a. Definite evidence of the supply routes of oxLDL, HDL and ApoA1 from the PCAT to the coronary intima (plaque) is lacking because demonstration of real-time movement of these proteins in the clinical setting is beyond the scope of current immunohistochemical techniques. Tracing these native proteins using biomarkers may be one possible method of observing real-time movements of these substances in vivo.

b. It remains to be clarified whether the CD68(+) -macrophages that contain both oxLDL and ApoA1 accelerate or inhibit coronary atherosclerosis [27,28].

Using immunohistochemical techniques as summarized in Table 1, we clarified that an important pro-atherogenic lipoprotein, oxLDL, and anti-atherogenic substances, HDL and ApoA1, are stored in human PCAT. Also, a supply route from the PCAT to coronary plaques, hitherto unrecognized, was strongly suggested by our findings. Imbalance in storage and supply between these proteins may determine the fate of atherosclerotic coronary plaques in patients.

The authors have no conflicts of interest to declare.

The authors have no relationships with industry.

No external funding was received for this study.