Impact of Helminth Parasites on Length-weight Ratio and Condition Factor of Fishes in Ajiwa and Jibia Reservoirs, Katsina State, Nigeria

Abba AM*, Abdulhamid Y, Omenesa RL and Mudassir I

Fish has continued to be the cheapest source of animal protein among the urban and rural populace [1] and economically as a source of subsistence income [2]. In most part of the world, fish production is mainly from the wild. As the world population grows, fish production can no longer meet the demand of the growing population because fish resources are being depleted at an increasing rate as a result of environmental degradation, over harvesting, overcrowding, poor environmental conditions and pollution. Like humans and other animals, fishes suffer from various disease including parasitic infections [3].

Knowledge of some quantitative aspects such as length-weight relationship is important in studying fish biology. Length-weight relationships can be used to predict weight from length measurements made in the yield assessment. Condition factor which show the degree of well-being of the fish in their habitat is also a useful index for monitoring of various ecological and biological factors such as degree of fitness, gonad development, feeding intensity, age, and growth rate in fish [4,5].

Diseases as well affect fish production through direct fish mortality, nutrient devaluation, alteration of biology and behavior, lowering of immune capability, induction of blindness, growth and fecundity reduction and mechanical injuries which depends on the parasite species and load [6]. Helminthes are among the most important parasites and include nematodes, trematodes, cestodes and acanthocephalans affecting both wild and cultured fishes [7]. Parasitic helminthes can cause swollen abdomen in fishes thereby contributing to either pseudo weight or length of fishes and can also lead to stunted growth thereby reducing the length and weight of the fish [8].

Information on the length-weight characteristics and condition factor of fishes from the study areas are very dispersed and negligible. Therefore the present research was carried out to reveal the possible effect of helminth parasites on length-weight relationship and condition factor of Oreochromis niloticus and Clarias gariepinus in Ajiwa and Jibia Reservoirs of Katsina State, Nigeria [9].

A total of 511 fish samples comprising of Oreochromis niloticus (136 and 117 from Ajiwa and Jibia Reservoir respectively) and Clarias gariepinus (133 and 125 from Ajiwa and Jibia Reservoir respectively) were randomly selected from the catches of the local fishermen and purchased over a period of six months from August 2016-January 2017. Sample collections were done in the morning between 06:00 AM to 08:00 AM. Water from the reservoir was added to the samples before being transported in aerated plastic containers to the Department of Biological Science Laboratory of Umaru Musa Yar’adua University Katsina for examination.

Fish morphometric measurements (measuring of weight and length) prior to observation of external fish condition and dissection was done. The standard length were measured and recorded to nearest 0.5 centimeter (cm) using a transparent ruler on a measuring board [10]. The standard length of each fish was taken from the tip of the snout to the end of the caudal peduncle [9]. Weight of each fish was taken using a sensitive weighing balance (Scout Pro SPU202) and recorded appropriately [7].

Examination of fishes for parasites

The external surface of the fish was grossly examined using a hand lens for ectoparasites. Scrapings from the skin, fins and gills were smeared on a microscopic slide and examined using dissecting microscope for ectoparasites [11]. The body cavity was opened with the aid of scissors and the mesentery and connective tissues, connecting loops of the gut and the liver were cut and the organs separated. The gut was then placed in a large Petri dish, stretched out and cut into four regions (oesophagus, stomach, intestine and duodenum). Each section was then placed in a separate labeled dish. The separated gut sections were opened by longitudinal incision to expose the inner surface which was washed with very little quantity of distilled water into labelled test tubes. A drop of the residue was placed on the slide, and observed under x10 and x40 objectives of dissecting and light microscope for the various parasites. This was repeated until the entire residue was examined [12]. Fish specimens found with parasite were given separate serial numbers to differentiate them from those without parasites. Parasites obtained were counted, labeled with the serial number of the fish and placed in physiological saline overnight to allow them stretch and relax; they were then fixed and stained using acetocarmine and lactophenol for identification to generic and species level where possible. Identification was carried out using keys provided with the assistance of a parasitologist [13-16].

Using the methods described by Dan-Kishiya [17], the relationship between the length (L) and weight (W) of fishes were calculated. Calculations for infected and uninfected fish species was done separately and also combined using the conventional formula as follows:

The above equation and data was transformed in to logarithms before the calculation was made in order to obtained ‘a’ and ‘b’. The equation becomes:

The condition factor (k) which determines the well-being of the experimental fish was estimated from the relationship:

The relationships between species and reservoirs and parasitic infection were obtained using Analysis of Variance (ANOVA). Values equal to or less than 0.05 (p ≤ 0.05) were regarded as significant. Linear regression table was used to ascertain the significance of the relationship derived from the length weight analysis of infected and uninfected fish species. All statistical analysis was done using Graph Pad Instat Software, 2016 Instat3 Software and Microsoft Excel 2010.

Figure 1: Prevalence of Helminth Parasites in Fishes from the Study Areas.

Table 1: Prevalence of different Taxa of Helminth Parasites in the Study Areas.

The Length-weight relationship and its association with helminth infection of the fish species, O. niloticus and C. gariepinus in Ajiwa and Jibia Reservoirs are presented in Table 4. The b values obtained in this study varied between the Reservoirs and the species examined. O. niloticus had b values between 2.301 and 2.747 while C. gariepinus had values range between 2.270 and 2.934. Analysis of both the infected and uninfected separately and combined showed that 'b' values were less than 3, thus indicating that all the species exhibited negative allometric growth pattern irrespective of their infection status. There was strong and highly significant correlation between the length and the weight of all the species (r>0.8).

The prevalence of infection by fish species and localities recorded in this study were 34.59% and 43.2% for C. gariepinus in Ajiwa and Jibia Reservoir respectively and 21.3% and 29.91% for Oreochromis niloticus in Ajiwa and Jibia Reservoir respectively. Variations in the prevalence rate recorded in the Reservoirs may be due to ecological differences between the two habitats [18]. Williams and Jones [19] opined that parasitism varies from one aquatic ecosystem to the other and that it influences by the interplay of mixed biotic and abiotic factors. It is also worthy to note that infection rates vary from one region to another and that a number of factors like availability of intermediate host, susceptibility of a definitive host, amongst others, determine to a large extent the rate of infection [10]. The highest prevalence of parasites in C. gariepinus may attributed to several factors which include habitat occupied, immuno-competence of the fish, behavioral pattern of the fish as well as high nutritional content of their intestine and suitability of the fish host in provision of appropriate ecological requirements of the parasite [6,20,21]

Helminth parasites recovered in this study include trematodes (Dactylogyrus sp and Neascus sp), cestodes (Polyonchobothrium clarias, Bothriocephalus aegyptiacus and Proteocephalus glanduliger) nematodes (Procamallanus laevionchus and Contracaecum sp) and acanthocephalan (Neoechinorhynchus rutili). The recovery of these helminth parasites in this study was not surprising as they have been reported previously from the same species or related species elsewhere [22]. Among helminth parasites community namely, nematode, trematode, cestode and acanthocephalan recorded from fishes in the study areas, nematode parasites dominated the helminth fauna of the fishes followed by cestode, trematode and very rare infection caused by acanthocephalan. These variations in relative prevalence of the different parasitic classes may be attributed to prevailing physicochemical and ecological factors for the development of parasites, as well as the probable relative abundance of their intermediate hosts [23].

In order to ascertain the type of growth exhibited and wellbeing of the fishes in the study areas, the length-weight relationship and condition factor of infected and uninfected fishes were determined. The b values obtained in this work was not equal to 3, thus indicating allometric pattern of growth, which could either be positive if >3 or negative if <3. This was similar with documented works from Inland water bodies in Nigeria. Notable among them includes the findings of Dan-kishiya [17] who determined length-weight relationship and condition factor of five fish species from a tropical water supply Reservoir in Abuja, Nigeria, Abowei and Hart [24] in an investigation of some morphometric parameters of 10 fin fish species of Lower Nun River in Niger Delta, Ibrahim et al. [25] observed allometric growth pattern in Kontagora Reservoir and Ude et al. [26] in an evaluation of length- weight relationship of fish species of Ebonyi River. The b values range obtained in this work were comparatively below the b values recorded from the works of Haruna, Nyaku et al. [27,28] and that of Bala et al. [29] but were greater than the values obtained by Fafioye and Oluajo, Imam et al [30,31]. C.gariepinus showed b values range of 2.270 and 2.934 which were relatively higher than what was recorded in O. niloticus in this study. This could probably be due to the nature of its feeding habit [31]. The relationship of length-weight can be used in the estimation of condition factor (K) of fish species. Condition factor which is a useful index for monitoring of feeding intensity, age and growth rates in fish is strongly influenced by both biotic and abiotic environmental conditions and can be used as an index to assess the status of the aquatic ecosystem in which fish live [32,33]. The condition factors (K) of the species in the present study were above what was obtained by Olurin and Aderigbe, Nyaku et al. and Bala et al. [28,29,34] in other tropical water bodies. However, the range of K values obtained in this study was within the range obtained by Kumolu-Johnson and Ndimele [35] from Ologe Lagoon in Lagos. O. niloticus had the highest mean K factor in this study thus indicating that the environment of the Reservoirs is more suitable for this species. The effect of helminth parasites on length-weight ratio and condition factor of the studied fishes was not clearly seen in this study and this could be attributed to the low level of infection and mean intensities of these parasites observed in the study areas [36].

We are grateful to the Department of Biology of Umaru Musa Yar’adua University Katsina, Nigeria, especially the technical staff in the Laboratory for all their support and assistance rendered in the course of this research work. 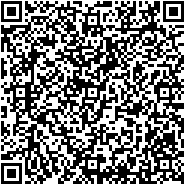