Citation: Reda A, Gamal A, Rezk M, Gamal G (2019) Pattern of Lipid Profile in Pregnancy and its Impact on the Gestational Course. Int J Cardiovasc Res 8:4.

Background: Major changes in lipid profile occur during normal pregnancy with significant correlation could be detected with gestational complications.

Objective: We aimed to screen lipid profile in a sample of Egyptian pregnant and assess the correlation between second trimester maternal lipid profile and gestational outcome.

Results and discussion: Lipid profile components in pregnant is higher than normal references. Meanwhile, gestational hypertension (GH) was the most common complication in the study affecting 13 patients (13.8%) followed by preeclampsia (PE) in 8 patients (8.5%), gestational DM (GDM) in 7 patients (7.4%) and lastly low birth weight in 4 neonates (4.3%). Positive association between second trimester lipid profile components and GH, PE and GDM was found.

Conclusion: Measurement of lipid profile during the second trimester is highly recommended and could be a useful predictor of hypertensive disorders and GDM among Egyptian women.

Major changes in lipid profile occur during normal pregnancy with progressive increase in maternal plasma cholesterol and triglyceride levels during the late second and the third trimester, returning to normal after delivery [1-4].

Pregnancy-associated hyperlipidemia was linked with maternal morbidity with development of gestational diabetes mellitus and preeclampsia [5-7]. To the authors’ knowledge, there were no studies in the literature addressing lipid profile in pregnant women in Egypt. We aimed to screen the lipid profile pattern in the pregnant then assess the correlation between second trimester maternal lipid profile and adverse pregnancy outcome among cohort of Egyptian pregnant women.

This prospective study was conducted at the department of Cardiology in collaboration with the Obstetrics and Gynecology department, Menoufia University hospital, Menoufia governorate, Egypt during the period between June 2016 and June 2018. The study protocol was formally reviewed and approved by the ethics committee for human research at Menoufia Faculty of Medicine with informed consent obtained from all participants prior to commencement of the study after thorough explanation of the study objectives.

Pregnant women attending the antenatal care clinic at Menoufia University hospital during early first trimester at 6-12 weeks gestation were invited to participate. Gestational age was based on the date of last menstrual period together with early obstetric ultrasound scan.

• Women with preexisting medical disorders as diabetes mellitus and hypertension

After exclusion of non-responders, drop out participants and those with exclusion criteria, 94 women completed the study (this number was considered suitable enough sample for statistical analysis with significant results and correlations).

Blood samples was drawn from all the subjects following a fast of 12 hours at 16-18 weeks’ gestation and analyzed for Serum Triglycerides (TG), Total cholesterol (TC), LDL cholesterol and HDL cholesterol (HDL-C) by enzymatic methods auto analyzer. Participants were followed up at the antenatal care clinic throughout pregnancy with frequency of visits of 5 visits and delivered at Menoufia University hospital.

Maternal outcome development of gestational hypertension (elevation of blood pressure ≥ 140/90 mmHg after 20 weeks’ gestation on two occasions with 4-hours apart after rest).The definition of hypertension in pregnancy is based only on office (or in-hospital) BP values [systolic BP (SBP) ≥ 140 mmHg and/or DBP ≥ 90 mmHg and distinguishes mildly (140-159/90-109 mmHg) or severely (≥ 160/110 mmHg) elevated BP.

Preeclampsia (a new-onset hypertension associated with new-onset proteinuria of ≥ 0.3 g protein in 24 h urine collection or urinary dipsticks ≥ 1+) or gestational diabetes mellitus (elevated ≥ 2 values after performing a 75 g, two-hour oral glucose tolerance test).Fetal and neonatal outcome: low birth weight, defined as a birth weight<2500 g. Then participants were followed up 6 weeks after delivery at the postnatal care clinic at Menoufia University hospital to confirm the normalization of lipid profile level. The whole study group was classified into four groups according to the complications: (Group 1: patients with gestational DM (GDM), group 2: patients with gestational HTN/pregnancy induced HTN, group 3: patients with preeclampsia (PE) and group 4: patients with (LBW)).

Frequency of adverse obstetric outcome among participants was showed as following: Gestational hypertension (pregnancy induced HTN=PIH) was the most common complication in the study affecting 13 patients (13.8%) followed by preeclampsia in 8 patients (8.5%), gestational DM (GDM) in 7 patients (7.4%) and lastly low birth weight in 4 neonates (4.3%) (Figure 1). 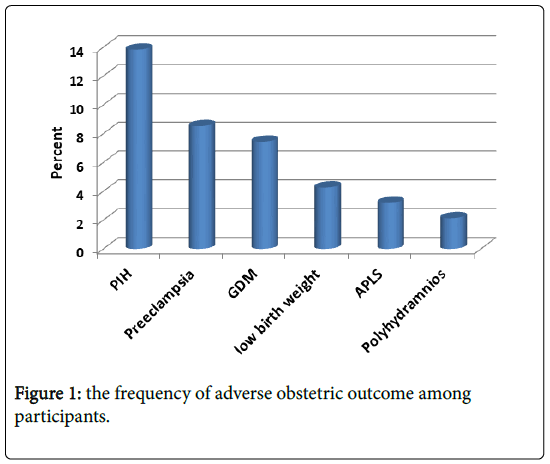 Figure 1: The frequency of adverse obstetric outcome among participants. 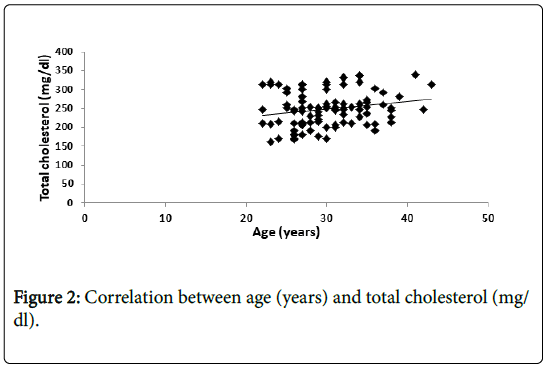 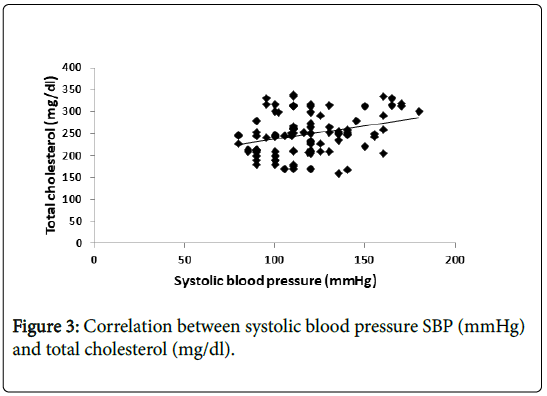 While, there is positive significant correlation between (LDL) level and (SBP) (Figure 4). 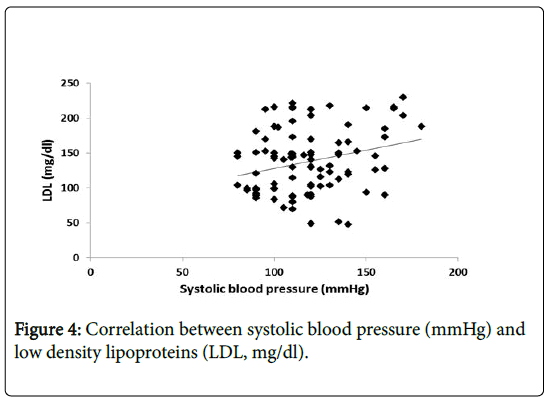 In addition, there is positive significant correlation between (TG) level and age (Figure 5). 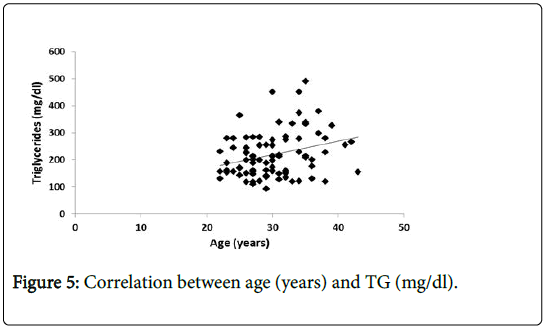 Also, there is positive significant correlation between (TG) and and BMI (Figure 6). 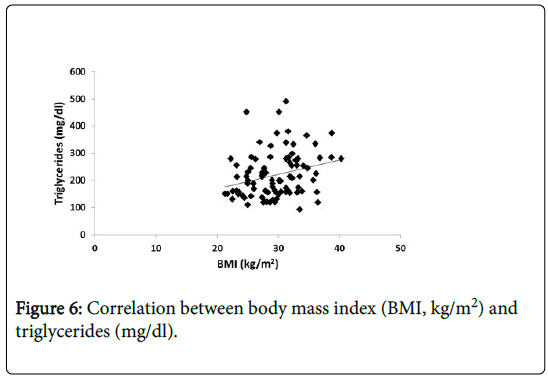 Figure 7: Percents of difference of total cholesterol from the normal value between cases who developed gestational DM (GDM) and who did not (P value 0.044). 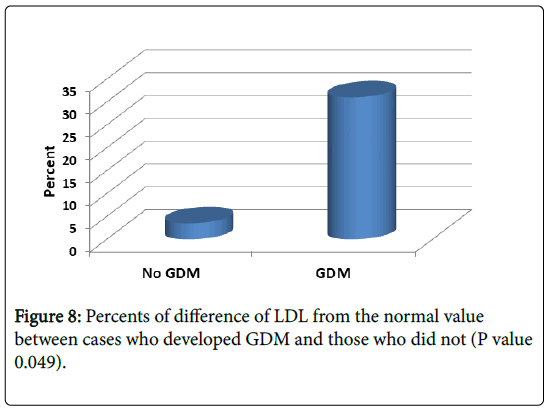 Figure 8: Percents of difference of LDL from the normal value between cases who developed GDM and those who did not (P value 0.049). 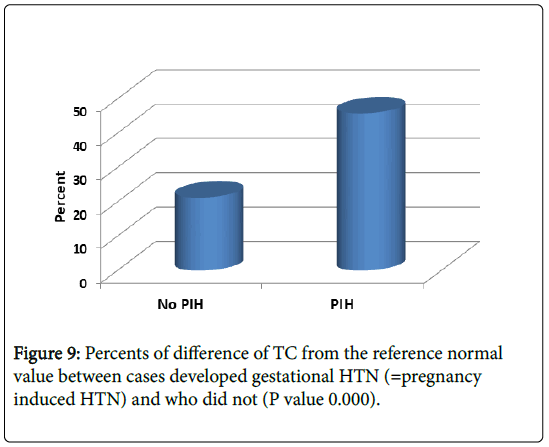 Figure 9: Percents of difference of TC from the reference normal value between cases developed gestational HTN (=pregnancy induced HTN) and who did not (P value 0.000). 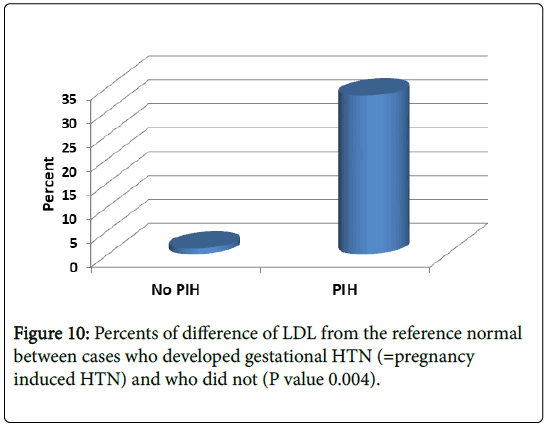 Figure 10: Percents of difference of LDL from the reference normal between cases who developed gestational HTN (=pregnancy induced HTN) and who did not (P value 0.004). Figure 11: Percents of difference of TGs from the reference normal between cases who developed pregnancy induced HTN (=gestational HTN) and who did not (P value 0.029). Figure 12: Percents of difference of TC from the reference normal Value between cases who developed preeclampsia (PE) and those who did not (P value 0.003). 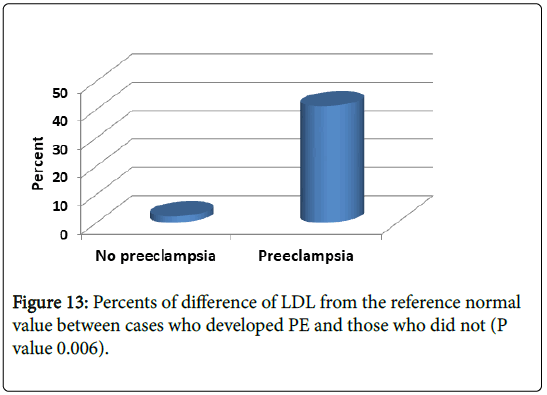 Figure 13: Percents of difference of LDL from the reference normal value between cases who developed PE and those who did not (P value 0.006).

The current study confirmed the previous associations between altered maternal lipid profile components and adverse maternal outcome. Second trimester elevated TC and LDL were found in women developed GDM. TC, TG and LDL were elevated in those developing gestational hypertension while elevated TC, LDL and high BMI were associated with the development of preeclampsia.

Maternal plasma lipids climb substantially above levels seen in normal pregnancies in women who developed preeclampsia or IUGR without maternal systemic manifestations of hypertension and proteinuria [8]. A more recent population-based study from China including 934 pairs of non-diabetic mothers and neonates between 2010 and 2011 with maternal lipid profile measured during the first, second and third trimesters had revealed that maternal high TG in late pregnancy was independently associated with increased risk of GDM [9].

A previous larger cohort study included 4008 non-diabetic women with early maternal lipid profile measured during early gestation (12-14 weeks) to detect the association between lipid profile and pregnancy-induced hypertension (PIH), had revealed that every unit increase in TG was linearly associated with an increased risk of PIH [odds ratio (OR)=1.60, P=0.021] while TC was not associated with any of the outcome measures [12]. Our results were concordant to Chandi et al., who recognized an association of maternal hypertriglyceridemia with pregnancy-induced hypertension. Among 59 women, a significant positive correlation was found between serum TG concentration and systolic blood pressure. Also, the mothers with hypertriglyceridemia were found to be at higher risk of developing early-onset gestational HTN [13].

The difference between our results and others can be explained on the basis of race, maternal age, nutrition, stage of pregnancy, socioeconomic, genetic factors and dietary pattern of individuals. From all these data, lifestyle modifications for women during the reproductive years should focus on lowering maternal triglyceride levels through diet, weight reduction and physical activity that may help in decreasing the maternal complications during pregnancy. Inability to measure maternal lipid profile during the three trimesters secondary to their high cost as well as to include larger cohort was unintended limitations of the current study. Future research should explore the implementation of maternal lipid profile and lifestyle modifications for the prevention of hypertensive disorders during pregnancy and other adverse outcome.

Maternal lipid profile components increase significantly in patients with hypertensive disorders and GDM among Egyptian women. Lifestyle modifications are required to prevent complications. Accordingly, we recommend Lipid profile should be done routinely during gestational course follow. Further studies with larger number of patients are required and, if possible, assessment of lipid profile pre pregnancy, during the three trimesters and after delivery (to compare all together).