Photoacoustic imaging (PAI) is a novel imaging method that has had recent success for in vivo imaging of biological tissues. PAI combines the high optical contrast of optical imaging with the high spatial resolution of ultrasound. The functionality of this technique is based on the photoacoustic effect. Due to the ability of imaging function of a tissue, PAI has been valued in biological tissue imaging particularly in brain imaging.

Photoacoustic imaging (PAI) is a novel imaging method that has had recent success for in vivo imaging of biological tissues [1-3]. PAI combines the high optical contrast of optical imaging with the high spatial resolution of ultrasound [4]. The functionality of this technique is based on the photoacoustic effect, in which a high energy pulsed laser deposits energy into a biological tissue. The laser energy causes a rapid thermal expansion and contraction in the tissue (optical absorber). This mechanical movement emits ultrasound waves to be detected by an ultrasound transducer [5]. This editorial will discuss the possibility of using PAI for intraoperative localization of the epileptogenic zone, defined as the brain region responsible for generating habitual seizures, in patients with focal epilepsy.

Since the acoustic signal originates from an optical absorber, this imaging modality achieves rich molecular specificity [1]. This high specificity makes PAI potentially useful for measurement of neural activity change associated with epileptiform discharges between seizure events such as interictal spike discharges, because it can directly measure the signal from the endogenous contrast agent, oxy- and deoxy-hemoglobin [6]. These absorbers allow for measuring blood oxygen saturation (sO2) and oxygen metabolism [6-8]. Previous studies of patients with focal epilepsy using functional MRI (fMRI) reported that interictal spike discharges on scalp electroencephalogram (EEG) recording are temporally associated with altered oxygen metabolism and the location of focal hemodynamic change on fMRI is grossly consistent with that of interictal spike discharge on EEG [9-11].

Here, we predict that focally-altered oxygen metabolism delineated by intraoperative PAI will be concordant with the horizontal extent of interictal spike discharges on intraoperative EEG recording. Intraoperative EEG is a powerful tool to localize interictal spike discharges generated by the affected cerebral cortex. Yet, the spatial extent of intracranial EEG electrode placement is generally limited to the surface of the cerebral cortex. The strength of PAI over intraoperative EEG recording includes delineation of the extent of altered oxygen metabolism in a 3D manner including the depth. Subdural disk electrodes used for intraoperative EEG can be placed only on the surface of the cerebral cortex, whereas a 3D electrophysiological assessment using depth electrodes is invasive because of inevitable penetration to the brain parenchyma. A neuronavigation system using preoperative brain magnetic resonance imaging (MRI) is useful to intraoperatively determine the extent of the epileptogenic lesion (e.g. brain tumor or malformation); the spatial accuracy of this navigation system can be compromised after a brain structure is retracted or removed. Thus, a real-time imaging system is desirable to intraoperatively help delineating functional and anatomical abnormalities. Taken together, we hypothesize that PAI will provide us with additive information and will improve the spatial localization of the epileptogenic zone.

Seizure is characterized by an episodic disturbance in the electrical activity of the cerebral cortex through the imbalance of excitation and inhibition of neuronal firing [12]. If excitatory disturbances are sustaining and propagate to the functionally-important areas such as the primary motor cortex, a given patient will exhibit clinical changes such as rhythmic jerking. Conversely, inhibitory disturbances surrounding excitatory ones may be responsible for negative symptoms such as loss of consciousness during a seizure [13]. Ictal discharges can be generalized-spreading all over the brain, or focusedisolated to one region of the brain [14]. Focal seizures may be caused by focal pathology like tumors, brain malformation, post-traumatic lesions, inflammatory scars, or arteriovenous malformations [15].

Currently, seizure sufferers are expected to utilize magnetic resonance imaging (MRI) to determine if there are tumors or lesions that are initiating the seizure in the seizure onset zone. The MRI can also be used to determine the focal region of the seizure. Another imaging modality that can be used for this same purpose is positron emission tomography (PET) [16]. Both of these techniques suffer from similar limitations in the treatment of seizures. They are both expensive and must be performed preoperatively to determine localization of the seizure focus, but upon opening of the skull during surgery there will be brain shift. Intraoperative MRI could be used to solve this, but is also very expensive. Intraoperative EEG can be recorded with inter-electrode distance of 5-10 mm. Yet, the limitation is that EEG electrodes can be placed on the surface of cortex alone. Depth electrodes can be placed and allow us to record electrographic discharges from deep structures at the cost of obvious invasiveness.

PAI could be used in the clinic for supplementation of intraoperative EEG. Currently, handheld PAI probes similar to traditional ultrasound are being developed for clinical use [17]. PAI offers sufficient sensitivity to hemodynamic changes not only at the brain surface like EEG, but also deep brain structures with a high spatial resolution [1]. The enhancement of hemodynamic imaging in epileptic monitoring would more accurately guide neurosurgeons in the removal of epileptic foci in patients and improve seizure treatment. 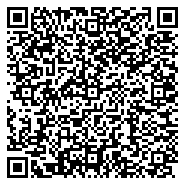