Research design and methods: We used a finger friction test as a simple auditory screening for the assessment of hearing impairment and the Kihon Checklist (KCL for the assessment of frailty. The cognitive function was assessed using the Mini Mental State Examination (MMSE). A logistic regression analysis was used to investigate the cross-sectional associations between frailty and patient characteristics.

Conclusions: These data suggest that hearing impairment as determined by a finger friction test is an important factor contributing to frailty among patients with diabetes.

Diabetes is a common chronic disease among older people, affecting approximately 20% of people over 65 years of age [1,2]. It increases mortality rate and significantly affects patient’s quality of life, socioeconomic vigor, and social security resources by inducing complications such as neuropathy, retinopathy, nephropathy, and diabetic foot. Frailty is a progressive condition in older people characterized by multisystem physiologic impairments and vulnerability to stressors; it is also a predictive factor for negative outcomes such as mortality, hospitalization, fall, bone fracture, and dementia [3,4] and is more prevalent in patients with diabetes. Therefore, the assessment of frailty is recommended in older patients with diabetes. Furthermore, it has been suggested that strict glycemic control may increase the risk of hypoglycemia for older people [5], which leads to falls, fracture, hospitalization, and frailty. On the other hand, frailty is also a risk factor for hypoglycemia; thus, the relationship between hypoglycemia and frailty is bidirectional. Accordingly, the management of frailty among older patients with diabetes is an important issue. However, the mechanisms leading to frailty in diabetes are not fully understood.

Audiovisual abilities change with advancing age and influence daily life. Hearing impairment is very common in older people, and diabetes may be a risk factor [6]. Uchida et al. reported the relationship between insulin use and hearing impairment in 90 middle-aged patients with diabetes and that hearing partially worsened with the length of diabetes [7]. In most cases, patients periodically visit eye clinics for retinopathy caused by diabetic complications as recommended by their physician; in contrast, few patients visit an ENT clinic for hearing impairment and may simply attribute hearing loss to aging. Some reports revealed that hearing impairment may be related to frailty [8,9]; however, no study has demonstrated such relationship in patients with diabetes. Finger friction test is a simple and useful method for the assessment of hearing ability. We have reported that even if the sound pressure of the friction test performed by speaking at a distance of 5 cm from an ear varies, it would be around 40 decibels [dB]. Detection of moderate or worse hearing impairment on pure tone audiometry had a sensitivity of 30% and specificity of 80% as per a self-administered questionnaire, while the finger friction test showed a much higher sensitivity of 70% with a specificity of 70%. Hence, the finger friction test is a more accurate screening method for hearing impairment in older people than interviews [10].

A cross-sectional study was conducted in 283 patients (130 men and 153 women) with diabetes mellitus aged over 65 years who attended a diabetic outpatient clinic of the National Center of Geriatrics and Gerontology in 2015. Patients who were certified for the long-term care insurance service were excluded from this study. Data regarding age, sex, body mass index (BMI), complications, and glycated hemoglobin (HbA1c) levels were obtained from the patients’ medical records. The cognitive function was assessed using the Japanese version of the Mini-Mental State Examination (MMSE), while nutritional status was evaluated using the Mini Nutritional Assessment (MNA). The finger friction test was used for the assessment of hearing impairment, and the Kihon Checklist (KCL) for the assessment of frailty. This study was approved by the Ethics and Conflict of Interest Committee of the National Center for Geriatrics and Gerontology. A written informed consent was obtained from all participants.

After a trained examiner was able to create a constant finger rubbing noise stabilized around 40 dB as recorded by a decibel meter (Rion, NL-20, Tokyo, Japan), the finger friction test was performed. The test was individually conducted in a relatively quiet place (background noise: -35dB). The finger rubbing noise was made under dry conditions by softly rubbing the index finger with the thumb. Pursuant to the method of Richard et al. [11-13], the test was initiated with the following procedures. First, the finger rubbing noise was made in front of the older participant, and the participant was instructed to raise the right or left hand depending on the direction of the sound. After the participant understood the procedure, a noise was made behind the subject, and the reaction was recorded. The examiner then stood 30 cm behind the subject and made the noise 5 cm from each ear twice. The participant was considered as having hearing impairment if he or she was unable to hear the sound in both ears. The finger friction test is a simple and useful method for assessing patient’s hearing ability. In a previous study, pure tone audiometry and finger rub auditory screening tests were performed in 150 patients with diabetes aged 65 years or older. The efficacy of pure tone audiometry in detecting hearing impairment was examined in subjects who could not hear the finger rub on both ears. The sensitivity of the (Finger friction test) FFT in detecting moderate or higher levels of hearing loss was 71.4%, and specificity was 74.3%. The sensitivity was higher than that of the patient history inquiry, but specificity was lower.

As such, for elderly populations, the FFT is considered to be suitable to screen for moderate or higher hearing loss, due to its convenience and superior objectivity as compared to those of patient history inquiry [10]. Those participants who used a hearing aid in their daily life and were able to hear the sound while wearing the aid were considered as not having hearing impairment.

The KCL was created by the Ministry of Health, Labour and Welfare to identify “potentially dependent elderly” and help determine desirable disability prevention programs. The check sheet has been used by community integrated care centers throughout the country since 2006 to evaluate the daily function of people aged over 65 years. This sheet consists of the following 25 items: exercise/fall (5 items), instrumental activities of daily living (3 items), cognition (3 items), mood (5 items), malnutrition (2 items), oral function (3 items), and social activities of daily living (4 items). Frailty was defined based on the total KCL score (frailty, 8 or higher; no frailty, 0-7). In comparison with Fried’s international criteria for frailty evaluation [14] and KCL total score, sensitivity and specificity were as high as 0.88 and 0.85, respectively, when the cutoff value was set at 7/8 points [15].

Continuous data were tested for normal distribution using the Kolmogorov-Smirnov test and were presented as mean ± SD in the case of normally distributed data and as the median and interquartile range in the case of non-normally distributed data. To compare the population characteristics by frailty status, the analysis of variance with t-test as well as the Mann-Whitney U test was used for the continuous variables, depending on the distribution of the variables, while chisquare test for the categorical variables. The logistic regression analysis was used to investigate the cross-sectional associations between frailty status and patient characteristics. P-values less than 0.05 were considered statistically significant. The data were analyzed using SPSS version 22.0.

Table 1: Characteristics of patients with and without frailty.

A previous study has reported that hearing impairment tends to be underestimated and that there may be some differences between self-awareness and actual hearing test result [29,30]. In diabetes, complications related to micro- and macroangiopathy require a great deal of medical attention, but the evaluation of hearing impairment remains underestimated. Although this type of evaluation based on pure tones is a standard procedure, it is difficult to perform in an outpatient clinic. The present study evaluated hearing impairment using a finger friction test, a test that can be easily used to screen hearing impairments in older people [10].

In summary, hearing impairment is a poorly recognized diabetic complication and was associated with frailty in older patients with diabetes mellitus. This illustrates the necessity of adding a hearing test when evaluating older patients with diabetes. However, this study had several limitations, including the cross-sectional design. In addition, evaluation of hearing impairment was conducted using a finger friction test owing to its simplicity; nevertheless, future studies should consider these findings with a more accurate hearing ability test using an audiometer.

The authors thank the patients who took part in this study and the medical staff for their support with this project by recruiting the patients.

This study was supported by the Research Funding for Longevity Sciences from the National Center for Geriatrics and Gerontology (NCGG) 27-9, Japan. 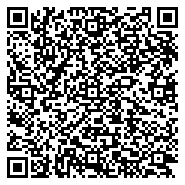