Wheat is affected by various diseases, among them Rusts, Smuts and powdery mildews are of notable to mention. Leaf rust, stem rust and stripe rust are among the most important diseases of wheat and barley worldwide and are best controlled using genetic resistance. Wild related species have been considered until now much more as genitors of resistance to pests and diseases than as sources of diversity permitting deep modifications of architecture and physiology of the cultivated species. Rusts are the most important biotic constraints limiting wheat productivity worldwide. Deployment of cultivars with broad spectrum rust resistance is the only environmentally viable option to combat these diseases. Identification and introgression of novel sources of resistance is a continuous process to combat the ever evolving pathogens. The germplasm of non-progenitor qwr 4567890 Aegilops species with substantial amount of variability has been exploited to a limited extent. Diploid wheat’s have a very high level of resistance to leaf rust (Puccinia recondita f. sp. tritici). Various Aegilops species have been reported to possess resistance to several wheat diseases. Genes of leaf rust resistance have been transferred into wheat from T. monococcum and T. Boeoticum. A number of genes imparting resistance to various rusts have been tranfered to cultivated wheats from their wild relatives, Gene Sr25 from T. Elongatum, Gene Sr26 from T. Elongatum, gene Sr36 from T. Timopheevii etc. The Lr34/ Yr18/Sr57/Pm38 gene is a globally important genetic resource for wheat resistance breeding against leaf rust and stripe rust. The gene Lr34 was first described as Lr T2 and later identified in several distinct groups of genetic material. A total of 67 leaf rust resistance genes (Lr) and 48 stripe rust resistance genes (Yr) have been catalogued so far. Several genes for resistance to leaf rust and stripe rust have been introgressed from Aegilops and Thinopyrum species to cultivated wheat. Lines with adult plant resistance, gene pyramiding and shuttle breeding have been practised to have resistance against various races of the rust pathogen...... 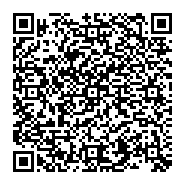