The ‘Danhua’ pear (abbreviation DH) was a novel bud sport variety with single flower, which was found on branch of over 20 years old tree from ‘Daxiangshui’ pear (abbreviation DXS) (Pyrus ussriensis) in 1999. It was released in 2015. In this research, flower bud characteristics and flower bud differentiation process on ‘DH’ pear and ‘DXS’ pear were studied by field investigation and microscopic observation. The result shows the ‘DH’ pear has two types of flower bud, 56% “incomplete-mixed flower bud” and 44% “pure flower bud”, which is entirely different with ‘DXS’ pear and other pear varieties. The single flower of inflorescence of ‘DH’ pear occurs at the process of flower bud morphological differentiation. That means the ‘DH’ pear forms only one flower primordium in each inflorescence, which is completely different with the maternal ‘DXS’ pear.

As we all know, most of the pear varieties contain 5-12 flowers per inflorescences, and the natural fruit set is more than 2 fruits per inflorescences. In order to improve the quality, especially the pear varieties with large fruit character, we often use manual work or chemical medicament to thin overmuch blossom and fruit in its commercial production. However, these methods can cause either high management costs or unsatisfactory effect, so that producer desire pear varieties with self-thinning ability or single-flower.

Fortunately, we happen on a mutant branch with single-flower or few flower per inflorescences originating 27 years old ‘DXS’ pear plant in 1999 [1], which is tradition pear cultivar (Pyrus ussuriensis Maxim) with cold resistance, good quality and high yield. After 15 years field observation, we found that its single flower trait could fully express and show high genetic stability, 97.8% inflorescences only formed one flower in asexual offspring population. The new strain from natural mutation of ‘DXS’ pear was named as ‘DH’ pear in 2015.

The test site was the Pear Test Garden of Pomology Institute of Jilin Academy of Agricultural Sciences in Gongzhuling city, which locates northeastern of China and belongs to temperate continental monsoon climate; it is about -30°C in winter. The 10 years old trees of ‘DH’ pear and ‘DXS’ pear with moderate, healthy, and the same management level respective are used as test materials.

Flower bud characteristics and flowering phenology observation (Flower bud type survey): On the test tree of ‘DH’ pear and ‘DXS’ pear, 20 flower buds were randomly selected and marked at alabastrum intumescence stage in April, the flowers number of inflorescence was recorded in the flowering period, and the growth of leaves and bourse shoot were recorded 20 days after the end of flowering period.

Flowering phenophase survey: On the test tree of ‘DH’ pear and ‘DXS’ pear, 20 flower buds were randomly selected and labeled before flower bud germination in April. We carried out continuous observation after the flower bud began to expand, meanwhile recorded and photographed important periods, such as flower inflorescence elongation, separation and bud period, initial florescence, blooming florescence and final florescence. The evaluation criteria refer to Cao [7] on the evaluation criteria of pear phenology.

Sample process: On the test tree of ‘DH’ pear and ‘DXS’ pear, the short branches (flower) buds with better development were selected, once per 5d, 30 flower buds were taken each time. The sample bud were put in ice box and taken to laboratory for treatment.

Sample treatment: The outer scales of sample bud selected were stripped in laboratory, and then they were fixed by FAA fixed solution and stored at 4°C in the refrigerator.

Section observation: The flower buds were cut longitudinally using scalpel by handwork, and 10 flower buds in each group were observed and recorded by OLYMPUS stereoscopic microscope.

The results shown that the flower buds of the maternal ‘DXS’ pear characterized 5~8 flowers per inflorescences (Figure 1), the same as the other pear varieties, all of the fruit spurs contained normal leaves except fruits, and 78% fruit spurs also had bourse shoot (Figure 2). But the flower buds of ‘DH’ pear were distinct and characterized mainly single flowers in inflorescences, a small amount 2~4 flowers. Among them, the single flower ratio was 97.8%, mainly produced by short branches, the 2 to 4 flowers ratio was only 2.2%, formed by the mid-long branches. All fruit spurs had no bourse shoots (Figure 3), which was resolved into three phenotypes: “normal leaves, abnormal leaves and non-leaves (Figure 4) “, the proportions were 10.9%, 45.1% and 44.0% respectively. Among them, the fruit spurs with the abnormal leaf shown it not only had fewer leaves, but also was obviously weak, and gradually fell off along with the growth. It indicated that ‘DH’ pear had two kinds of the flower bud, incompletely mixed flower buds and pure flower buds, which retained some characteristics of the mixed flower buds of apples, pears and other pome fruit trees, and also had the feature on pure flower buds of the stone fruit trees such as peach, plum and cherry [8,9]. The results shown that there were no significant difference in the flower organs of the ‘DH’ pear and the maternal ‘DXS’ pear, except the diameter of the corolla, the shape of the petals and the number of stamens. It indicated that the single flower bud sport not only significantly changed the number of flowers in the inflorescence, but also had some influence on the flower organ traits.

Flowering phenophase survey: The results of investigation on flowering phenology of ‘DH’ pear and ‘DXS’ pear were shown in Table 3. Flower bud differentiation before flowering: It showed the tissues inside the flower buds of ‘DH’ pear (Figure 7A) and ‘DXS’ pear (Figure 7a) entered a dormant state in winter by microscopic observation. During the dormancy period, flower buds developed slowly until March of next year. Thereafter, the ventricles appeared under the pistil (Figure 8 and Figure 9), the pistil continued to grow and the stamens began to form anther structure, and 2-3 layers of petal structures could be clearly observed. As the ventricle grown and developed, the ovules began to form (Figure 8C and Figure 9c); the ovules continued to develop, and the calyx, petals, pistil and stamens developed completely after entering the big bud stage (Figure 8D and Figure 9d), the whole process of flower bud differentiation finished, flower bud would soon entered into the early flowering period. It followed that whole process of flower bud differentiation consisted of two stage in practice, one of them was initial differentiation, flower and other organ primordia formation during growth season, the other development of all organ of flower finished, including calyx, petals, pistil, stamens, microsporangium and megasporogenesis, etc. The process of flower bud differentiation was not distinction between ‘DH’ pear and ‘DXS’ pear, the change in flower number didn’t cause pre-dated development of them. Figure 8: Flower bud differentiation process of ‘DH’ pear in spring. (B) Shown the ventricles appeared under the pistil; (C) Shown the ovules began to form; (D) Shown all organ of flower developed completely.

As precious pear resource materials with rare self-thinning ability, ‘DH’ pear aggregates many good agronomic traits, such as cold resistance, high quality, free flower and fruit thinning, which could meet the future requirement with cold-resistance, highquality, low management cost in commercial production of pears. There was also a self-thinning type of fruit, which was characterized by single fruit or less fruit (2~3), but it occurred after flowering and fruit setting, and the flower bud required a large amount of storage nutrient consumption, especially flowering, fruit setting, and young fruit development. Therefore ‘DH’ pear was more economical and efficient and had more important breeding value.

Experiments had proved that the inflorescence single flower trait of ‘DH’ pear could be stably transmitted by asexual reproduction, what indicated that its single flower performance was caused by changes in intrinsic genetic material, rather than the effect of external growth environment. However, the single flower traits could not expressed in the progeny population of sexual reproduction hybrids, indicating that the gene expression and metabolic regulation complexity on trait production as well as tissue organ specificity on mutation site, the ‘DH’ pear resources were restricted to directly use as hybrids parents. Therefore, the study on the genesis of single flower of ‘DH’ pear has important theoretical and practical significance for improving the level of pear breeding and breeding light and simplified pear varieties.

It considered that it should be single flower in ancestor plant of Malus, flowers in inflorescence was due to evolve [10]. According to this notion, there was single flower plant of Rosaceae existing in natural or production. But we had not found them reported in literature until now, it shown the mutant of single flower trait was evolution or not degeneration. In this study, it was found that ‘DH’ pear was different from the maternal ‘DXS’ pear and other pear varieties, most of flower buds of ‘DH’ pear has only one fruit or 2~4 fruit after fruit setting, no bourse shoots at fruit setting position, and the fruit shoots had “normal leaves, abnormal leaves and nonleaves” three types of phenotypes, so the flower bud of ‘DH’ pear was divided into two types: incompletely mixed flower buds and pure flower buds. According to the literature, the flower buds of pear and other pome fruit trees are usually mixed flower buds or incompletely mixed flower buds. Which born fruit and normal leaves, and most of them also contain bourse shoots at fruit setting position after flowering. The flower buds of peach and other stone fruit trees were pure flower buds, which born only fruit, no leaves and bourse shoots at fruit setting position. What shown that the mutation of genetic material regulating buds morphological differentiation leads ‘DH’ pear to have the characteristics of pomelo mixed flower bud and stone fruit pure buds. This provided valuable resource materials with study on the evolution of flower bud formation in pome and stone fruit trees. Furthermore, compared with the maternal ‘DXS’ pear, ‘DH’ pear change in flower traits, flower bud type, part of the flower organ (corolla size and petal shape) and flowering phenology may be the result of “one due to multiple effects.”

According to the results of this study, the morphological differentiation process of ‘DH’ pear flower buds was basically consistent with the maternal ‘DXS’ pear, ‘Pingguo’ pear, and ‘Dangshansu’ pear, etc [11-15]. The differentiation period began one week after cease of the new shoots growth in the growing season. The differentiation of the primordia was completed before the fall leaves, and the order of formation of each primordium was inflorescence, flower, calyx, petals, stamens and pistils. However, compared with the flower buds of other pear varieties, different flower primordia were formed in the flower bud differentiation stage. Nearly 98% of the flower buds of ‘DH’ pear formed only one flower bud primordium; it indicated that the single flower variation of the inflorescence occurred during the flower bud morphological differentiation process in the growing season. It was not the cessation or degeneration of flower bud development before spring flowering. With other characters of fruit tree, the single flower characteristic of ‘DH’ pear was also the result of spatio-temporal expression of inherent genetic material. As to how to express and regulate the mutation of genetic material, only a bud primordia need to be further studied.

In addition, it was confirmed the whole process of flower bud differentiation consisted of two stage in ussurian pear (Pyrus ussuriensis Maxim), which began previous growing season and finished next spring. It shown that it was important to cultivation in growing season and good weather in spring, as well as survival of the fittest. 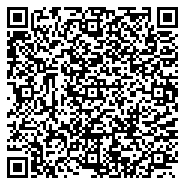