Recently bamboo forests unmanaged spread into steep slopes raising concern that such changes in vegetation might lead to slope destabilization. Thus knowledge on the tensile strength of bamboo rhizomes is needed for evaluating the effect of bamboo rhizomes on slope stability. However there are not many reports on the subject. In addition, because bamboo rhizomes and woody roots have different organization structures, these need to be tested for bamboo. This paper reports the tensile strength of Moso bamboo (Phyllostachys pubescens) rhizomes based on tensile tests considering their organization structure and on living rhizomes. Tensile strength was weaker in nodes than in internode of Moso bamboo, and structure observation revealed that, tensile strength decreased in areas where tissue fibers were discontinuous. The sectional area of the epidermal layer that affected tensile strength was directly proportional to cross sectional area. Because according to a
previous report rhizome diameter was smaller in unmanaged than in managed bamboo forests, so unmanaged bamboo forests might reduce slope stability.

Recently, unmanaged bamboo forests have been expanding into neighboring forests, especially in west Japan. There is fear that such vegetation change might cause a decline in forests’ public functions. There are not many reports on sediment disaster prevention in bamboo forests [1], although surface failures in steep slopes covered with have been reported bamboo forest in Hiroshima, Yamaguchi and Kumamoto, among other. Therefore, we need to clarify the risks of surface failure due to the expansion of bamboo forests. The stability of steep slopes covered with bamboo forests is mainly affected by the distribution and organization of bamboo rhizomes, which differ from that of woody roots thus requiring a type of analysis distinct from the conventional analysis performed for the later. Many studies aimed to clarify the effect of woody roots on slope stability, measuring shear strength in soil containing roots [2], and resistance of stump pulling [3,4]. Although these studies provided information regarding root function in collapse prevention, few considered the mechanical characteristics of bamboo rhizomes, for example our research group investigated surface failures in steep slopes covered by bamboo species, and proposed a method to evaluate the effect of bamboo rhizomes on slope stability [5,6]. The results of strength tests performed for bamboo rhizomes and woody roots were shown, but there was not enough information about the tensile strength of rhizomes because values were dispersed.

Straight rhizomes of Moso bamboo (Phyllostacys pubescens) were collected at 10 cm depth from slopes covered with bamboo forest in Yosagun Yosanocho, Kyoto, Japan, and cut into 15 cm length test pieces. This forest, located at 35°34’33”N and 135°9’43”E, descends along the southwest slope and is inclined at an angle of 28°. The dominant species in this bamboo forest is Moso bamboo at a density of 6000 culms/ha and, with an average breast height diameter of 106mm. Aerial photographs confirmed that this slope has been covered by bamboo forest since 1975.

Living rhizomes of Moso bamboo about 1 m in length were collected from the bending areas formed when rhizomes are expanding and used in the specimens’ tension test. The bamboo forest sampled this test is located in Takagamine, (35°3’17”N, 135°43’30”E) and belongs to Kyoto Prefectural University. The dominat species in this forest is Moso bamboo, with stem density of 6000 culms/ha, and has been set in this area for about 40 years. Therefore, bamboo forests sampled in the present study have similar characteristics.

Test pieces consisted of parallelepiped sections that passed through the rhizome’s center. These pieces were 3 mm thick and 40~80 mm in length and comprised either a node or an internode in the tension test section (Node or Internode piece, respectively). The 23 Node and 22 Internode pieces tested (45 in total). Eight of the 23 Node pieces, had a bud, and pith appeared in the surface of five Node pieces. Seven of the 22 Internode pieces, had a pith hole in cross sections. A universal testing machine (manufactured by Shimadzu Co, Kyoto, Japan.) was used, setting displacement rate at 10 mm/min and tension test section at 30~70 mm (Figure 1).

Test specimens, presented some nodes and bending when rhizomes were set for the tension test. So the test specimens were not exerted only tension, but also flexure and compress in part (Figure 2). Test specimens were processed immediately after collection, to present the same moisture status as living rhizomes. Table 1 displays the length of tension test sections and the area of broken sections, pith holes and effective area deduced pith hole area from broken section area. A universal testing machine (Shimadzu Co, Kyoto, Japan; UH-500kN) was used, setting the displacement rate at 3 mm/min. Images were processed in ImageJ software [7].

The strain of test pieces increased by elastic deformation with increasing tension until the point at which, both stress and strain of test pieces increased by plastic deformation. When tensile strength reached its maximum, test pieces broke with stress drop (Graph 1). According to the tension test results, the maximum tensile strength for broken sectional area was weaker in Node than in Internode pieces (Graph 2). In about 70% of the Node pieces, breakage derived from a bud nearby the node, as shown in Figure 3. In the remaining Node pieces and in Internode pieces, breakage occurred perpendicular to direction (Figure 4). Most Node pieces and Internode pieces with a pith hole, broke along the pith hole (Figure 5). Breakage at the maximum tensile point happened when epidermal structures were fractured. Structure observation revealed the existence of intermittent fibrous tissue in the node (Figure 6), and differences in the density and direction of fibrous tissue at the base of the bud (Figures 6 and 7). Thus, the decrease of tensile strength close to the node seems to be affected by the fiber discontinuity at the nearby bud.

Graph 1: Relationship between stress and strain in Node and Internode pieces.

Graph 2: Relationship between cross sectional area and maximum tensile strength for all types of pieces.

The relationship between broken sectional area and maximum tensile strength was approximately represented by the line defined in Equation (1).

Results of the tension test for test specimens revealed that, tensile strength varied widely across fractured rhizome area (Graph 3). The break point was always located in the node or nearby the node, a tendency that might be explained by the results obtained for test pieces. At different field works we observed remained bamboo rhizomes in failed slopes. Results of the field observations also revealed that 21 rhizomes broke at the node or nearby the node in 36 rhizomes remained in failed slopes. Thus, the tension test of bamboo rhizomes indicated, that nodes are the weak points of rhizomes. Breakage occurred in two forms. Most rhizomes presented a smooth failure surface (Figure 8) but some showed a rough fracture surface (Figure 9). The relationship between stress and strain in the smooth failure surface pattern had only one peak (Graph 4, black line), but in the rough fracture surface pattern it had a large and a slight peak (Graph 4, dotted and broken lines). This difference might be due to the dimension of the first broken area. The relationship between broken sectional area and maximum tensile strength might be defined by the line derived from Equation (2).

and Ai are similar to those in Equation (1), and slope α is 12.4. The value of the slope as measured by Miyagi and Miyosi might be excessive due to the low sample size (Graph 3).

Graph 4: Relationship between stress and strain in the several types of fracture surfaces.

Results of tension tests, indicated that nodes are weak points for tension and that tensile strength values varied widely in bamboo rhizomes, which had uneven organization structures. Thus, many patterns were evaluated in tensile tests. Test pieces broke nearby the epidermis under maximum tensile strength. In a report considering the organization structure of Moso bamboo, its dense vascular bundle sheath was unevenly distributed close to the integument. And the specific gravity, the bending strength, the Young’s modulus, and the shear strength increased monotonically [8]. Because bamboo rhizomes have a congenial vascular bundle sheath [9], the neighboring epidermis seemed to have maximum tensile strength. Therefore, we compared epidermis and cross sectional area and found a direct relationship between them (Graph 5), which allows inferring tensile strength from cross sectional area. According to Ueda’s report [10], the diameter of rhizomes was smaller in unmanaged than in managed bamboo forests, and rhizomes’ diameter varied with soil conditions. Thus rhizomes of Moso bamboo expanding to steep slope forests might be thinner and their epidermis might be less organized than in bamboos in other forest areas.

Tensile strength of Moso bamboo rhizomes was nearly identical to that of other tree species examined in previous reports [11]. Most reports examined woody roots with diameter of 10 mm or less. For example, Hinoki cypress (Chamaecyparis obtuse) has about 10 to 80 roots/m2 and these horizontal roots have diameters of 2 mm or more per cross sectional area unit of soil [12]. The bamboo rhizomes that remained in failed slopes were about 24.8 mm diameter and each cross sectional area of soil comprised 4.2 rhizomes/m2 [6].

We examined the tensile strength of Moso bamboo rhizomes and clarified the relationship between stress and strain in these structures. The breakage mechanism and the weak point of rhizomes, which was the node, were mainly affected by the intermittent organization of internal structures. Still, because tensile strength had a wide range, we examined the different patterns of the organization structures and presented the possible relationship between cross sectional area and maximum tensile strength. In unmanaged bamboo forests rhizomes seem to be thinner than in managed bamboo forests. Thus, the slope stability may be according to the management conditions of bamboo forests. 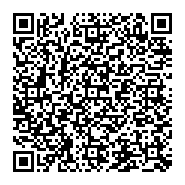