The Effect of Inexpensive and Safe Interventions in People with Dementia

Today, a total of nearly 47 million people worldwide suffer from dementia, approximately 10 million new cases diagnosed each year; by 2050 that figure is expected to nearly three times, to 130 million [1]. Dementia is a syndrome that affects memory, thinking and social abilities, which seriously is detrimental to normal activities of daily life [2]. In the elderly population, it is the most common mental disorders as well as the leading cause of death and disability among elderly individuals in ordinary people [3]. Thus, dementia has a serious threat to the health of the elderly.

The most common strategy of dementia patients is drug therapy. However, pharmacological treatment always results in severe complications because of hypersensitivity of brain in patients with dementia, and on account of their venerable age reducing hepatic and kidney drug metabolism [3,4]. Currently, there are an increasing number of investigations about non-pharmacological treatments for patients with dementia [5]. For example, cognitive stimulation therapy, and physical exercise can lead to modest benefits on cognition in the treatment of people with dementia [5-7]. More and more inexpensive and safe interventions, such as music therapy, dance therapy, yoga, massage therapy, storytelling and Tai Chi Chuan are used to treat dementia. Most of clinical trials report that these inexpensive and safe interventions show benefits in the treatment of dementia. Thus, these inexpensive and safe interventions will become a promising therapy in the treatment of dementia.

Music is a form of art, which can bring pleasure to people. Music therapy can provide patients with healing of encouragement and wellbeing of promotion. It may offer benefits by patient listens or patient participates. In addition, according to the selected music and the instruments used, music can be adjusted by the patient's preference.

In the treatment of dementia patients, music therapy can significantly improve next-morning cognitive functioning [8,9], reduce depression [9-11], anxiety [11-13], psychological symptoms (i.e., delusions, agitation, anxiety, apathy, irritability, aberrant motor activity, and night-time disturbances) [14,15] and stress [16], lower the occurrence of aggressive behaviors [17], alleviate agitated behaviors [12,18-21], improve psychological well-being [13], mood [22], self-esteem [10] and orientation [22], and remote episodic memory [22]. Additionally, live interactive music can show positive effects for dementia individuals with apathy [23]. However, a randomized controlled trial shows that the addition of active music therapy or individualized listening to music to standard care is not with a significant effect on behavioral and psychological symptoms of dementia patients [24]. Moreover, another randomized controlled trial shows that older people with dementia take part in the music programme without a significantly effect on both agitation and anxiety [25]. Furthermore, pre-recorded music has non-harmful effect in people with dementia but it shows less clearly benefits in dementia subjects [23].

In conclusion, music therapy shows benefits in dementia subjects. Different music may have diverse effects in people with dementia and dementia subjects’ ways of participation may also affect the effect. In order to obtain the greatest therapeutic benefits, clinicians or caregivers should select suitable music and participation ways for dementia patients.

Dance is a kind of art, moulding brain circuits, which may improve cognition and patterns of emotion and behaviour [26]. It can provide the elderly with a chance for greater social interaction, which substantially contributes to healthy ageing [27]. In addition, older adults with regular participation in set dancing are related to health benefits (physical activity, balance, functional capacity and quality of life) [28].

A randomized controlled trial shows that dementia patients in nursing homes can improve visuospatial abilities and prevent the deterioration of self-care after 9 weeks of dance movement therapy [29].

Nowadays, no adequate clinical trials evaluate the effects of dance in people with dementia. Thus, further studies should need to assess the effect of dance in dementia subjects.

Massage, with about 2500 years history, is documented in the oldest surviving medical book (Huangdi Neijing) in China [30]. It includes different types, such as Thai massage, Swedish massage, traditional Chinese massage, Shiatsu, myofascial trigger point release and reflexology [31,32]. Massage therapy has immediate or short-term pain relief, increases range of motion and improves neck disability for those who are with neck pain [33-35].

Yoga, a mindful exercise intervention, its origination is the Buddhist tradition with approximately 5000 years history. Yoga has 13 types, of these types, Kundalini yoga with more meditative, Hatha yoga, Iyengar yoga, Ashtanga yoga, and Vinyasa yoga with more physical [42]. All these types of yoga need to have a union of mind, body, and spirit. A survey shows that those who do yoga exercise show benefits in anxiety, stress, asthma, high blood pressure, and depression [43].

Fan JT et al shows that yoga can lower blood pressure, decrease respiration rate, enhance cardiopulmonary fitness and body flexibility, improve muscle strength, endurance and balance, have an increase of joints motion, and significantly reduce depression state and problem behaviors in dementia subjects [44]. Besides, as an intervention for dementia patients, yoga can significantly improve the immediate and delayed recall of verbal, visual memory, attention and working memory, verbal fluency, executive function and processing speed [45]. Thus, yoga is with beneficial effects on both the physical and mental health in those with dementia.

Yoga, an inexpensive and safe intervention, has benefits effects in dementia subjects, with recommendations of clinical application, and it should be as one of the routine activities [46].

Storytelling, a natural as well as universal kind of communication exists in daily life [47]. More and more people have realized that patients and service users can influence, change and benefit clinical practice from a wealth of health-related story [48]. Storytellers, psychologists and social workers have researched the therapeutic effect of storytelling. Current evidence indicates that storytelling is good for treating disease, such as hypertension [49], chronic disease [50].

For dementia patients, storytelling is with the aid of remembering as well as making associations with situations that they are with the previous experience in their lives [51]. Moreover, compared with control group, patients with dementia of storytelling group exhibited significantly higher pleasure at Week 3, Week 6, and Week 7 [52].

Storytelling as a caring intervention is with advantages for dementia patients. Further studies are required to verify the effect of storytelling in patients with dementia.

Tai Chi Chuan is a popular exercise in China. Tai Chi Chuan as a movement therapy, an increasing number of studies have explored its therapeutic effects in various diseases. For example, it has beneficial effects in obese patients with depression symptoms [53], rheumatoid arthritis [54], low back pain [55].

Music therapy, dance therapy, yoga, massage therapy, storytelling and Tai Chi Chuan are carried out through a variety of approaches, which can improve the clinical efficacy of dementia. In addition, these interventions are inexpensive and have the advantage of nontoxic side effects, so they have important promotion significance and application prospects. However, the clinical advantages have not yet fully played, there are still many aspects of urgent need to improve. Large and multicenter randomized controlled trials are required to explore more potential interests of the inexpensive and safe interventions in dementia patients. Furthermore, high quality systematic review should assess the effect of the inexpensive and safe interventions in dementia patients in order to provide clinicians or patients with comprehensive evidence. 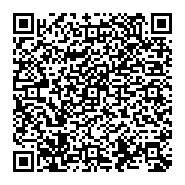