You Can’t Tell By Looking: It Works Both Ways for LGBT Clients

Some older clients and patients we encounter are lesbian, gay, bisexual, or transgender (LGBT). We cannot tell this by their appearance and they may not self-identify right away. We need also to reverse the perspective: LGBT individuals cannot tell by looking which providers are affirmative. This fact may be even more relevant than is often recognized. Typically, providers are trained to be affirmative, to leave any prejudice outside their office, and to be open to learning new information about their clients and communities. However, if clients do not know of their affirmative perspective, they may not be trusting and willing to be open. This essay suggests some resources for gerontology practitioners to provide appropriate affirmative and welcoming services for these individuals.

We all know that some of the older clients, neighbours, friends, and patients we encounter are lesbian, gay, bisexual or transgender (LGBT). We also know that many times one cannot tell this by their appearance; and they may not self-identify right away. We may be especially unaware of bisexual individuals, as they tend to be identified by the relationship they are in currently, or by their past history of relationships: e.g. heterosexual marriage, same-sex domestic partnership, grandparent, etc.

Gerontologists need to be aware of making assumptions or generalizations about LGBT clients, just as they are about making age-related ones. Knowing that someone is LGBT rarely gives specific information about the individual’s unique situation; it is similar to knowing that someone is 65 years of age: being LGBT cuts across all other demographic and individual characteristics [1].

We are less likely to reverse the perspective: LGBT individuals cannot tell by looking which providers are affirmative. In many ways, this fact may be more relevant than is often recognized. Typically, providers are trained to be affirmative, to leave any prejudice outside their office, and to be open to learning new information about their clients and communities. However, if none of the clients know of their training and perspective, they may assume the worst: that the office is not a safe place to be openly LGBT. Therefore, providers who are LGBT affirmative need to reveal this affirmative perspective: in their office, by advertising, by signs and symbols (such as “safe space” stickers in examining rooms) and by LGBT-friendly forms at the initial appointment.

There are both period and cohort effects with regard to understanding the degree of openness or fear of discrimination among older LGBT individuals [2]. Older LGBT individuals grew up and survived their earlier years in a social climate that was generally hostile to same-sex attractions. However, times have changed; and some “came out” and were active in the emerging gay community, while others remained “in the closet” still concealing their sexual orientation.

This brief essay will examine the implications of the fact that many older LGBT clients or patients may hesitate or even fear to reveal their sexual orientation to professionals. It will suggest some resources for gerontology practitioners to provide appropriate affirmative and welcoming services for these individuals and it will also explore the dual implications of the fact that neither providers nor clients can tell by looking who is LGBT or who is LGBT affirmative.

Until the 1970s in the United States, homosexuality was considered a mental illness, was illegal even between consenting adults in private, and was regarded as sinful by many religions. One often feared being arrested inside a gay bar, entrapped by an undercover police officer or discharged from the military; the result could be public humiliation, loss of one's job and destruction of one's marriage or family. Growing up gay or gender nonconforming in such a hostile environment often required strategic efforts of concealment [3].

Older LGBT individuals report experiencing discrimination and bias from healthcare providers and often have to take extraordinary steps to ensure their healthcare wishes are honoured [4]. SAGE Maine, an affiliate of Services & Advocacy for GLBT Elders (SAGE) [5-9], conducted a need assessment of LGBT people in Maine [10]. Over half of the 468 respondents were worried about having their sexual identity honoured by social service providers. One in five respondents reported they had been the victim of discrimination while being treated by a health care provider and 22 percent worried that their health care providers would treat them differently if they disclosed their LGBT identity. An overwhelming 86 percent said they would be more likely to choose a social service provider who is trained or knowledgeable in LGBT issues. The most pronounced finding was the fear of needing home health care or nursing home care: sixtythree percent were concerned about the facility honouring their or their partner’s will; 58 percent were concerned about visitation due to staff biases; and 53 percent were concerned about visitation due to facility regulations. Many states do not have legislative protections to prevent this kind of discrimination based on sexual orientation or gender identity; so often the LGBT individual has no legal recourse for protection.

The inclination to conceal or not to disclose one's sexual orientation or gender nonconformity to medical providers can interfere with seeking and receiving appropriate care [11]. Often the fear of mistreatment by providers results in delays in seeking help, failure to disclose relevant personal information or significant relationships [12]. In addition, there are health and behavioral health disparities for older LGBT individuals [13]. Transgender individuals are especially at risk for delaying treatment due to fear of discrimination [14].

Working for three years as Executive Director of SAGE Maine, I have had the pleasure of hearing stories of older adults discovering, disclosing and creating new understandings of their gender identity and sexual orientation in later life. It is still surprising to me how many older self-identified LGBT individuals have been heterosexually married (often more than once) and have children and grandchildren. To be sure, there are also older individuals who have been exclusively gay or lesbian all of their lives and some have been in long-term samesex relationships of 4 or 5 decades in length. The fact that one often cannot recognize who is LGBT sets older LGBT individuals up for unique forms of discrimination [15]. Some of the most frequent ones in my experience are:

A. Unacknowledged bereavement where the end of a long-term relationship between two individuals of the same-sex is not recognized as it would be if it was a heterosexual marriage (even if they are now able to be legally married).

B. The health care provider sees a wedding ring and assumes the spouse is of the other gender: “Will your wife be able to take care of you after the surgery?” they ask a gay man, without thinking.

C. Children of LGBT parents may refuse to acknowledge their new in-laws, refuse to attend a wedding or funeral or visit during a terminal illness.

D. Maintaining the belief that there are no LGBT people in the assisted living facility or nursing home; or that if there are, they have no special needs or concerns because “we treat everybody the same.”

Likewise, it surprises me to learn how many older transgender individuals have little experience with the LGB world before they began the transition. In addition, a number of male-to-female transgender veterans are coming out and being served in Veterans' Administration (VA) programs [16]. One veteran called my attention to research indicating that a surprisingly disproportionate number are serving in the military; and that it is typical for these individuals to have disguised their feminine identity by enlisting in the service, sometimes volunteering for dangerous assignments as much to disprove their female feelings as to wish for an honourable death without disclosing their inner transgender identity [17].

Why Does it Matter: The Hidden Baggage from the Past

Recently I visited a SAGE Maine Drop-In where several of the participants talked about their early life growing up in rural Maine. Their fear-filed recollection of being a gay young man in a small town decades ago was still very much present in their discussion in 2017. One man said that if his parents had known, they not only would have kicked him out of the house, but would have driven him out of the state to Massachusetts! Another noted that in his small town, where many had firm religious beliefs, he knew he would never find acceptance. Both men left the state as soon as they could in order to survive and one married a woman and lived as heterosexual until retirement. These men have returned to Maine small towns, but still continue to carry this psychological baggage with them in old age.

Earlier this year, at another drop-in, the discussion focused on the lesbian trailer park retirement community where two of the participants winter in Florida. The park had been ordered to evacuate in the wake of a severe hurricane warning, but some of the residents refused to leave for their own safety. My informant felt they were being stubborn and that they should leave at once. But her friend at the park went to each of the refusing residents to ask why they refused to leave. Three acknowledged that they were terrified of being in a homophobic environment they felt would exist in a public shelter; they had been so traumatized by their earlier experiences that they totally distrusted heterosexual strangers and feared them more than the hurricane. The other lesbian women promised they would stay with them and protect them; so they all did evacuate to safety.

SAGE Maine did trainings on LGBT affirmative practices for each of the five Area Agencies on Aging in the state. At one of the trainings, a participant commented at the end of the session that for the first time he now understood the point of the training – it was not only to change his attitude, but also to help him recognize that his attitude was not the most important problem. The LGBT person walking in the door was carrying years of previous experiences of fear and distrust and this was what was blocking the services. They could not tell whether the providers were affirmative and assumed they probably were not.

I recently visited the Maine VA Medical Center and was pleased to see some staff members wearing a rainbow lanyard holding their name badge. They were openly LGBT affirmative, and were hired by the VA for that role. This rainbow symbol is a visible way one can tell if a health care provider is affirmative. It can be an inclusive sign on the door, a safe-space symbol in each examining room, or an LGBT health-related flyer posted on the waiting room bulletin board; LGBT clients will see it and know; and allies may also recognize it and recommend their LGBT friends. Likewise, having information sheets that recognize genders other than male or female, varieties of relationship status, and asking for chosen nickname can help LGBT individuals feel welcome and accepted [18]. If the institutional forms do not allow such variations, then adding one that does and possibly apologizing for the institutional forms can be truly welcoming.

In our state-wide needs assessment, SAGE Maine found that the greatest concern was to address the fear that one would need to “go back into the closet” (i.e., disguise being LGBT) if they ever needed care, especially in a health care facility [10]. One nationwide program for the certification of such facilities that have been trained to be LGBT affirmative has been created by SAGE Care [19].

This fear from past experience remains as the baggage we carry from our personal histories of discrimination, or history of hiding and fearing disclosure. Unfortunately, it gets reinforced in the public media from time to time, especially now that we are living in a period of history when antigay bigotry is regaining strength and taking its toll on the health and well-being of vulnerable LGBT older adults. 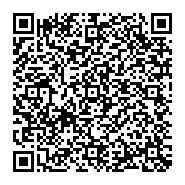