The present paper deals with a newly recorded Rhododendron species from Eastern Himalayas, India, which is categorized as a critically endangered species. Rhododendrons act as keystone species and maintain biological communities in the fragile higher altitudinal region of the Eastern Himalayas. However, due to various anthropological disturbances, which is further exacerbating by climate change impact, results in shrinkage of natural habitat of rhododendrons. This brings an urgent need of assessing the population status of the Rhododendron species in Eastern Himalayas. Keeping this in view, an attempt had been made to evaluate the population status of Rhododendron mechukae. The study revealed that the species have a very small population size with scattered individuals and shows a reverse J-shaped population structure. As a result of deforestation for fuel wood, as well as massive destruction of the habitats, the survival of this species is threatening. Therefore, effective conservation and management initiatives should be taken to protect this newly recorded Rhododendron species in its natural habitat. 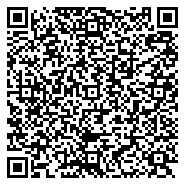