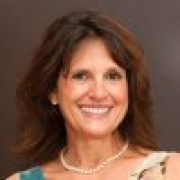 Lois Claire Cone has been affiliated with the Alexander Technique for over 35 years. She attended numerous workshops and took private lessons from qualified teachers in England, South Africa and America, until she began her formal three-year formal training in 1996 at The Alexander Technique of Cincinnati (ATOC). After obtaining her Alexander Technique certification in 1999 she managed a successful private practice until 2014 when she took a sabbatical from teaching for the purpose of self-observation and personal growth and the opportunity to focus on her day job as Department Head of Imaging Services in a Pediatric Burn Hospital. Lois is also an authorized Fletcher Licensed Provider of the Fletcher Towelwork, Floorwork and Barrework In 2014, she wrote and published a manuscript on 'The Effect of Healing Touch on Sleep Patterns of Pediatric Burn Patients' and is currently involved in a well-funded study on the effects of Energy Medicine on Pediatric Burn Rehabilitation.