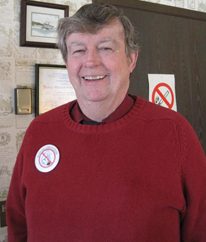 William E. Feeman Jr., M.D., is a physician on staff at Wood County Hospital, and in private practice, both in Bowling Green, Ohio.He was born into a military family in Columbus, Ohio. He spent his life traveling with his family to various military postings, eventually arriving in western Pennsylvania, where he attended Shaler Township High School. He attended undergraduate school at Ohio State University (1961-1966) and became interested in a career in medicine during that time; prior to his decision to enter medicine he planned to have a career in astronomy. He attended undergraduate medical school at Ohio State University, earning Bachelor of Science in physiology (1961-1966) and an MD at Ohio State University (1966-1970); where he developed an interest in the primary and secondary prevention of atherothrombotic disease.
Dr. Feeman began treating lipids during his term of duty with the USAF at RAF Lakenheath. In 1974 in Bowling Green, Ohio he continued to treat lipid disorders. At that time he realized he needed an age-sex database in order to predict the population at risk of atherothrombotic disease. Over the last 36 plus years, he has spent his professional life in medicine perfecting a tool to predict the population at risk of atherothrombotic disease and to guide therapy to maximally stabilize/reverse that disease if extant. Thus was founded the Bowling Green Study of the Primary and Secondary Prevention of Atherothrombotic Disease (BGS) to which he is the principal investigator. This study was formally terminated in 2003, but continues on an informal basis.
Dr. Feeman has had six major articles published in various science/medical journal. He has had numerous letters to the editor published in various medical journals. All publications relate to the primary and second prevention of atherothromboitc disease. He has presented data at a number of annual scientific assemblies of the American Academy of Family Physicians and at a number of national and international symposia in atherothrombotic disease.