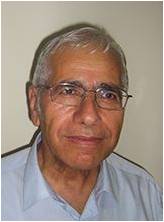 Zaki Shalomis a member of the research staff at the Institute for National Security Studies and the Ben-Gurion Research Institute at Ben-Gurion University. He has published extensively on various facets of Israel's defense policy, the Arab-Israeli conflict, and the role of the superpowers in the Middle East, and Israel's struggle against Islamic terror. His work has also focused on the study of Israel's nuclear option, both in historical and contemporary perspectives. Professor Shalom holds a BA from the Hebrew University of Jerusalem and a Ph.D. from the Fletcher School of Law and Diplomacy at Tufts University. He is the author of numerous articles and several books, including Israel's Nuclear Option: behind the Scenes Diplomacy between Dimona and Washington (Sussex Academic Press and Jaffee Center for Strategic Studies, 2005), andBen-Gurion's Political Struggles, 1963-1967: A Lion in Winter (Routledge, Taylor & Francis Group, 2006). In 2007 he was awarded the prime minister's prestigious David Ben-Gurion memorial prize for his book Fire in His Bones, which deals with Ben-Gurion's activities following his resignation as prime minister and until his death.