An Overview of Pseudobulbar Affect (PBA)

A person visits a psychiatrist having sudden bouts of crying with no apparent reason. The doctor diagnosed it as depression and prescribed antidepressants for it. The person’s bouts of crying might have been reduced, but the problem still persists.

Another person visits the doctor for experiencing unexplainable crying and laughing. She might get diagnosed with bipolar disorder and is being treated as such.

In both the cases above diagnosis may be correct, but the reason behind bursts of uncontrollable crying and sometime laughing is characterized as an illness called pseudo bulbar affect (PBA). This illness might have various names and is more recently termed as involuntary emotional expression disorder, or IEED.

A condition that arises as a result of other neurologic conditions and Can be seen in patients with amyotrophic lateral sclerosis (ALS), multiple sclerosis (MS), Alzheimer's disease, and Parkinson's disease. Traumatic brain injury due to an accident or stroke may also cause PBA to occur. Sometimes symptoms of PBA uncover hidden brain injuries.

Symptoms of PBA are often sudden, unexplained and unstoppable crying occurring several times a day for no valid reason. In the similar manner sudden laughing and sudden anger burst out may arise, which may lead to embarrassment and make a person become socially isolated and consequently lead to other depressive symptoms.

This way PBA can lead to associated with both depression and bipolar illness. Additionally PBA patients are also associated with multiple sclerosis, depression, bipolar symptoms. Treatments prescribed for mood disorders have some effect in reducing PBA symptoms, although a person may not feel at ease frequently.

An exploration revealed that approximately 51% of people with PBA spend little or no time with friend and family. And 57% spent little to no time talking on call. Hence it has extreme impact on once daily life.

Recently a while ago, specific treatment for PBA was found and that too accidentally. This happened when researchers were testing a combination of two drugs to check if it helped symptoms of ALS, but there was no effect found on ALS, while the patients who had PBA reported that the experimental treatment reduced their laughing and/or crying outbursts.

This treatment medication for PBA consists of dextromethorphan and quinidine, which is a heart medication.

Although dextromethorphan is a composition found in cough medicines, patients should not self-medicate themselves for PBA with it, as the prescription medication is quite different in both the cases.

Further research is required determine whether this drug is safe for people with Parkinson's disease or not. Additionally patients taking antidepressants which acts on serotonin, or those with risk of heart rhythm problem, needs particular cautions.

There are some reliable tests for PBA more tests are worked to be developed for further. As lots of people have been already misdiagnosed having depression, bipolar, or other mental illnesses like anxiety disorders or even schizophrenia.

As per the estimation the number of patients with PBA lies between one and two million. In future and more technology, more people will be identified as having PBA and may have easy access to proper treatment. 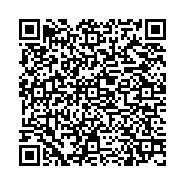