Objective: We report the results of a prospective, single center clinical study in which anterior cervical discectomy and fusion (ACDF) was performed using a porous PEEK implant and plate at intervertebral disc spaces in patients who had symptomatic, degenerative cervical disc disease at levels adjacent to a previous ACDF. Methods: Twenty-eight consecutive patients (15 females, 13 males; average age, 54 years) with degenerative cervical disc disease at levels adjacent to a previous fusion underwent anterior cervical discectomy and fusion (ACDF) using a porous PEEK interbody fusion cage and plate. There were 22 single-level and 6 two-level adjacent level fusions between C3 and C7. Patients were assessed at 1.5, 3, 6, 12 and 24 months. Standardized clinical outcome measures were used to evaluate the patient’s condition before and after surgery. Plain radiographs were used to assess fusion, bony ingrowth, sagittal plane angulation, subsidence, and migration of the implant. Results: No patients were lost to follow up; all patients were followed for a minimum of 12 months. Six patients were followed for more than 24 months. At the last follow up, NDI and neck and pain scores showed improvement in all patients. All had previous anterior cervical fusions and 22 had at least 1 additional co-morbidly for an adverse event (diabetes, osteoporosis, smoking, obesity). Following revision surgery, all patients showed radiographic fusion with no motion across the instrumented interspaces on dynamic flexion-extension lateral radiographs. Segmental lordosis at the surgical site improved to an average of 5° (2° to 9°) with no evidence of implant migration or subsidence. Average disc space height increased 4 mm. No patient showed radiographic evidence of a pseudarthrosis. No patient developed any radiolucency at the implant interface with the host bone. Conclusion: This prospective, nonrandomized study shows that porous-surface PEEK is a clinically viable alternative for improving the osseointegration and fusion rates of interbody implants in patients undergoing revision fusion surgery at 1 to 2 levels adjacent to previous surgical fusions.

Cervical interbody fusion devices have been developed to enhance fusion rates and improve clinical outcomes while avoiding the complications associated with harvesting structural autografts. Contemporary interbody fusion cages and devices have been made from machined allografts [1,2], titanium [3] and polyether-etherketone (PEEK) [4-6]. Allograft and PEEK implants have favorable mechanical properties and imaging characteristics when compared with metal implants. Allograft has been shown to be comparable to autograft with regard to efficacy when used for ACDF in one-level instrumented procedures [2,7]. However, fusion rates for allograft often fall below the fusion rate for autograft [8], and are also reduced in smokers [9-11] and diabetic patients [12], and in patients undergoing multilevel [13-15] and revision surgeries [16,17].

Polyetheretherketone (PEEK) has been utilized in cervical interbody constructs because of its high strength, radiolucency, and similar modulus to bone [5,6,8]. However, smooth-surfaced PEEK implants (Figure 1) have been associated with fibrous tissue formation, migration, and subsidence [5]. Figure 1:A. Lateral radiograph of a 54-year-old male who had undergone a revision C3-4 ACDF using a smooth PEEK interbody spacer. At 18 months after surgery, a lucent line coursing along the superior margin of the PEEK implant is consistent with a nonunion. Reactive bone formation from the pseudarthrosis extends into the spinal canal. B. Sagittal reconstructions after a CT scan of the area, confirms the nonunion and the reactive bone formation crowding the central spinal canal.

The innovative application of new porous surface technology has been shown to enhance osseointegration and fixation of PEEK implants. In vitro and in vivo data have demonstrated enhanced osteoconductivity and osseointegration of the porous PEEK interbody fusion devices [18-20]. Mechanical testing has shown the porous PEEK surface architecture to withstand significant loading stresses [21].

Adverse clinical outcomes and complications after surgery have been associated with several clinical conditions [22]. Clinical risk factors associated with pseudarthrosis [23] and other adverse events include current or former smokers [9-11], diabetes [12], and obesity [24]. Additional cervical surgery is associated with significantly increased risk of multiple adverse outcomes, including thromboembolic events, surgical site infections, return to the operating room, blood transfusion, and readmission within 30 days [16,17]. Patients who undergo revision surgery or multilevel fusions have a greater incidence of and risk for perioperative wound infections, hematomas, dysphagia, and neurologic complications relative to the primary procedures [13-15,25]. Our goal in this study was to evaluate the clinical and radiologic outcomes in patients undergoing a second anterior cervical surgery in which a porous PEEK implant and plate was used at levels adjacent to a previous instrumented ACDF.

Thirteen males (36%) and 15 females (54%) with an average age of 54 years (range, 37 to 67 years) were treated between May 2016 and June 2017 (Table 1). All patients had clinical complaints of neck pain and radiating arm pain that was unresponsive to a minimum of 8 weeks of nonoperative treatment that included immobilization, traction, modalities, medications, and physical therapy. In addition to recurrent or persistent complaints of pain, all patients had an objective neurologic deficit which included 1 or more of the following: an asymmetric deep tendon reflex, a sensory deficit in a dermatomal pattern, or motor weakness. All patients had a correlative neuroradiographic study. We recorded patients’ smoking status and presence of diabetes, osteoporosis, and obesity.

Table 1: Demographic and surgical characteristics in 28 patients undergoing ACDF in which a porous PEEK implant and plate was used at levels adjacent to a previous ACDF. ACDF=anterior cervical discectomy and fusion.

Patients were examined at 1.5, 3, 6, 12, and 24 months. Functional outcomes were assessed by the Neck Disability Index questionnaire (NDI), which was used to measure the effects of neck pain associated with activities of daily living [26,27]. Numeric rating scales were used to assess neck and arm pain intensity. Patients rated their neck pain duration and intensity on a scale from 0-10, with a score of 0 representing “no pain,” and a score of 10 representing “pain as bad as it could be.” Neurological success was defined as maintenance or improvement in 3 objective clinical findings: sensory, motor, and reflex testing.

A standard left-sided approach to the cervical spine was used, and a transverse skin incision was made over the appropriate interspaces. The platysma was divided in the direction of the skin incision and blunt dissection was carried out separating the carotid sheath and the trachea, esophagus and strap muscles. Dissection was limited within the neck to this avascular plane. The anterior plate from the earlier surgery was exposed with bunt dissection and removed, and the interbody fusion was explored. The adjacent degenerated disc levels were exposed.

Anterior cervical discectomy was performed; anatomic disc space height and segmental sagittal contours were restored. The posterior annulus, the posterior longitudinal ligament, and the uncovertebral joint spurs were removed. The bony endplates were preserved. A porous PEEK implant was packed with autogenous graft and impacted into the interspace. An anterior cervical plate was applied over the implants.

All patients in the study had a minimum follow up of 12 months; 7 were followed for 24 months. No patients were lost to follow up. Figure 2:A. Lateral radiograph of a 65-year-old male (smoker) who had undergone a previous C3-4 and C4-5 instrumented anterior cervical fusion. He developed adjacent segment degeneration at C5-6 and C6-7 with radial osteophyte formation, disc space collapse and segmental kyphosis. B. At 1 year after surgery, a lateral radiograph shows restoration of segmental lordosis and anatomic disc space height, the porous PEEK devices in place, trabeculated bone formation across the instrumented disc spaces, and no radiolucency at the porous PEEK and bony interface.

Cervical disc herniations with associated radiculopathy can be effectively treated with anterior discectomy and interbody fusion. This procedure has been found to be safe and reliable in achieving improved patient outcomes and satisfaction [28-30]. Fusion in the spine is a complex process that does not always heal successfully. This process is, in part, a race among resorption of the graft material, cellular apoptosis, and the formation of new bone growing through the graft connecting the 2 adjacent, mobile vertebral bodies. Several factors influence the rates of healing after interbody fusion. The type of graft and interbody spacer used influences biomechanical stress across the interspace [18]. Autogenous grafts have a higher rate of healing when compared to allografts [1,7,8]. The surgical technique involving endplate preparation and graft insertion also influences the rate of fusion [31,32].

In this study, the high rate of fusion, preservation of disc space height and sagittal contours was associated with the use of the unique porous surface of the interbody fusion cages. With this surgical technique, the bony endplates were preserved. The porous PEEK implant surface technology promotes a superior osteogenic response and improves the bone-implant interface for spinal interbody. The improved integration of the implant surface to the host bone facilitates fusion by stabilizing the vertebral motion segment and reducing the contact stresses at the graft-vertebral interface. The deleterious effects of smoking, diabetes, osteoporosis and obesity on rates of fusion may be overcome by utilizing this technique of endplate preparation, interbody grafting, and stabilization.

Our purpose was to assess the bone healing response to a porous PEEK interbody implant used in challenging healing environments in patients with degenerative cervical disc disease. Porous-surface PEEK is a clinically viable alternative for improving the osseointegration and fusion rates of interbody implants in patients undergoing revision surgery at 1 to 2 levels adjacent to previous surgical fusions. 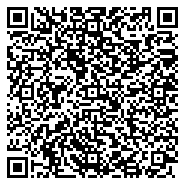