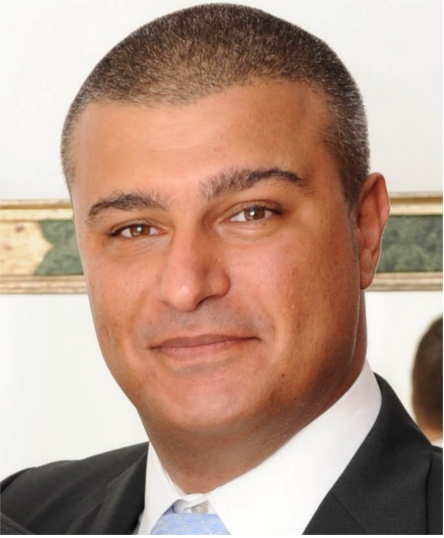 Journal of Spine & Neurosurgery is a peer-reviewed scholarly journal and aims to publish the most complete and reliable source of information on the discoveries and current developments in the mode of original articles, review articles, case reports, short communications, etc. in all areas of spine & neurosurgery and making them available online freely without any restrictions or any other subscriptions to researchers worldwide.   Journal of Spine & Neurosurgery focuses on the topics include Spine Studies, Spinal Surgery, Spinal Injuries & Fractures, Neurobiology, Neurological Disorders, Neurosurgery, Neuro-immunology. Review processing is performed by the editorial board members of Journal of Spine & Neurosurgery or outside experts; at least two independent reviewers approval followed by editor approval is required for acceptance of any citable manuscript.

Submit manuscript at www.scholarscentral.org/submissions/spine-neurosurgery.html send as an e-mail attachment to [email protected]

The spinal cord contains the motor programs (CPGs) for protective reflexes and locomotion, whereas those for swallowing, chewing, breathing, and fast saccadic eye movements are located in the brain stem (mesencephalon and medulla oblongata).

The spine is made of 33 individual bones stacked one on top of the other. Ligaments and muscles connect the bones together and keep them aligned. The spinal column provides the main support for your body, allowing you to stand upright, bend, and twist. Protected deep inside the bones, the spinal cord connects your body to the brain, allowing movement of your arms and legs. Strong muscles and bones, flexible tendons and ligaments, and sensitive nerves contribute to a healthy spine.

The scientific disciplines concerned with the development, structure, function, chemistry, pharmacology, clinical assessments, and pathology of the nervous system. It is the scientific study of the nervous system. Traditionally, neuroscience has been seen as a branch of biology. However, it is currently an interdisciplinary science that collaborates with other fields such as chemistry, computer science, engineering, linguistics, mathematics, medicine and allied disciplines, philosophy, physics, and psychology. It also exerts influence on other fields, such as neuroeducation and neurolaw.

Neurological disorders are diseases of the brain, spine and the nerves that connect them. There are more than 600 diseases of the nervous system, such as brain tumors, epilepsy, Parkinson's disease and stroke as well as less familiar ones such as front temporal dementia. It is any disorder of the body nervous system. Structural, biochemical or electrical abnormalities in the brain, spinal cord or other nerves can result in a range of symptoms.

Spine is made up of 26 bone discs called vertebrae. The vertebrae protect your spinal cord and allow you to stand and bend. A number of problems can change the structure of the spine or damage the vertebrae and surrounding tissue. They include Infections, Injuries, Tumors, Conditions, such as ankylosing spondylitis and scoliosis, Bone changes that come with age, such as spinal stenosis and herniated disks.

It is the medical specialty concerned with the prevention, diagnosis, treatment, and rehabilitation of disorders which affect any portion of the nervous system including the brain, spinal cord, peripheral nerves, and extra-cranial cerebrovascular system. surgery performed on the nervous system, especially the brain and spinal cord. It is the specialized field of surgery that treats diseases that affect the CNS—the brain and the spine.

It is a field combining neuroscience, the study of the nervous system, and immunology, the study of the immune system. Neuroimmunologists seek to better understand the interactions of these two complex systems during development, homeostasis, and response to injuries.

Neuroanatomy is the investigation of the life structures and stereotyped association of sensory systems. Rather than creatures with outspread symmetry, whose sensory system comprises of a dispersed system of cells, creatures with reciprocal symmetry have isolated, characterized sensory systems, and along these lines we can put forth significantly more exact expressions about their neuroanatomy.

It is a branch of physiology and neuroscience that is concerned with the study of the functioning of the nervous system. The primary tools of basic neurophysiological research include electrophysiological recordings such as patch clamp and calcium imaging, as well as some of the common tools of molecular biology.

Neuropathology is the investigation of illness of sensory system tissue, typically as either little surgical biopsies or entire examinations. Neuropathology is a subspecialty of anatomic pathology, neurology, and neurosurgery. It ought not be mistaken for neuropathy, which alludes to clutters of the nerves (for the most part in the fringe sensory system).

Neuroradiology is a subspecialty of radiology concentrating on the analysis and portrayal of variations from the norm of the focal and fringe sensory system, spine, and head and neck utilizing neuroimaging methods. Essential imaging modalities incorporate processed tomography (CT) and attractive reverberation imaging (MRI). Plain radiography is used on a constrained premise and ultrasound is utilized as a part of restricted circumstances, specifically in the pediatric populace. Angiography is generally utilized for analysis of vascular variations from the norm or conclusion and portrayal of masses or different sores however is being supplanted in numerous occasions by CT or MRI angiography and imaging.

Neurotrauma alludes to damage to a nerve, particularly piece of the focal sensory system (the cerebrum and spinal line). Serious neurotrauma can be a genuine restorative crisis and can prompt loss of motion, mind harm, and passing.

Neuro-oncology is a subspecialty that involves the neurological, medical, surgical, and oncologic management of patients with primary or metastatic central and peripheral nervous system neoplasms and any other disorders or complications affecting the nervous system that result directly or indirectly from nervous system or systemic neoplasms or from related treatment.

It studies the structure and function of the brain as they relate to specific psychological processes and behaviors. It is seen as a clinical and experimental field of psychology that aims to study, assess, understand and treat behaviors directly related to brain functioning. The term neuropsychology has been applied to lesion studies in humans and animals.

A neuromuscular junction (nmj) is the synapse or junction of the axon terminal of a motor neuron with the motor end plate, the highly-excitable region of muscle fiber plasma membrane responsible for initiation of action potentials across the muscle's surface, ultimately causing the muscle to contract.

Brain disorder as a disease or disorder that originates in the brain and influences mood, thinking, learning, and/or behavior. So EDs, autism, bipolar disorder, OCD, Alzheimers, and most of the DSM would fall under this category.

It includes the use of various techniques to either directly or indirectly image the structure, function/pharmacology of the nervous system. It is a relatively new discipline within medicine and neuroscience/psychology.

2016 Journal Impact Factor is the ratio of the number of citations achieved in the year 2016 based on Google Search and Google Scholar Citations to the total number of articles published in the last two years i.e. in 2014 and 2015. Impact factor measures the quality of the Journal.