Detection of objects is a widespread problem the proposed solutions differ from one another depending on the sphere of application. However, the discovery of objects is only a part of the ultimate goal; the main aim can be the pursuit of the discovered object, the determination of the law of motion and striking of it. The research comprehensively discusses AYA Sport application, developed by us, designed for determination of the position of the object and its further striking. It also reviews the most widely used systems for the solution of the above-mentioned problem presenting both their positive and negative aspects. Object Detection Systems, Object Striking Systems, Ballistic Calculator, Strelok, AYA Sport. Today, along with technological growth, remote and self-propelled mobile objects are developing. The sharp increase of the latter and often their uncontrolled distribution cause violation of the territorial integrity of a person or state, illegal tracking of people and various other violations of the law. To avoid such problems, it is necessary to reconsider the approach of detecting the violation causing object and where appropriate, to neutralize it. At this moment, RADAR and LiDAR systems are already being widely used. The aforementioned equipment enables to detect objects in a space, as well as determine their direction of movement and calculate the law of movement. However, experience shows that using RARAR or LiDAR systems, which have a fairly high cost, is not suitable for all cases.

At this moment, the “Camera Vision” system is often being used, which, having extremely low cost, shows a fairly high degree of accuracy, depending on the artificial intelligence used in the system and the technical parameters of the camera. However, the detection of objects is only a part of the problem, as it may be necessary to strike them after detection. To solve this problem, ballistic calculators are frequently used, which take on that time-consuming and sometimes even complicated task of calculating. In case of using such calculators, it is possible to perform ballistic calculations in just a few seconds. However, at present moment, there are quite a lot and significant omissions in similar calculators, the first of which is that they are not automated. In other words, it is necessary for a person to interact, which, in fact, leads to a slowing down of the process and a possible miscalculation. The purpose of the paper is to present the most common solution offering programs for ballistic calculations, including fully automated “AYA Sport”, designed by us, introducing their main characteristics. Also, with the use of the designed application, the projecting of the conceptual model of the fully automated system, designed for the complete solution of the main problem, namely the detection, separation and if necessary, striking of the objects, is being done in the work.

All the existing competing programs "AYA Sport" enable users to activate the automatic data transmission from the wind direction, speed and distance measurement devices from its main window. In the event of distance, the user has more options, in addition to receiving automatic information from the remote, it is possible to get it by using Google Maps, an integrated distance measuring application summing up the accomplished work and research, it can be stated with confidence that AYA Sport application can become an absolute leader on the ballistic calculation software market in the near future. Based on the results obtained, it will allow to develop a fully automated general system that will perform objects detection, differentiation and if necessary, depending on the type of the object, corresponding ballistic calculations. The simplified scheme of the system. At this point, there are different solutions for detecting and deleting the object. For landmine objects, heat and noise response systems have become more widespread. Most use radar for air or water objects. However, the use of the camera vision system gives an opportunity to utilize the same system to detect the object in any environment. Unlike the rest of the system, the above-mentioned system differs from its low cost, easy service and high reliability.

The detection of objects cannot be considered as a complete solution to the problem Camera a system which is aimed to get the image from the external environment and to transfer it to the image processing subsystem. It should be noted that in order to ensure high efficiency, the camera must provide a high quality image and have wide range visibility. Object detection and recognition system is aimed to process images received from the camera, searching for objects considered as target samples and transfer the data to the fire system selecting device. The whole functionality of the webcam is limited to getting the image and transferring it to the image processing system. The latter is already endowed with a primary database and trained in data detection and distinction and decides whether there are any of the searched objects in the received image and if there are any, than which ones. The selected algorithm for the detection of objects, the size of the database used for the preliminary training and the computational power of the system are decisive here, which is directly proportional to the decision-making speed of the image processing system. The fire system selecting device getting information these device first checks the authenticity of it beforehand knowing the image processes system identifier. In the case of a reliable source of information, it pays attention to the exact object that has been detected and whether there is a fire system among those attached to it that can strike that object, considering the type of the weapon and the distance to the object. 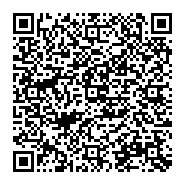