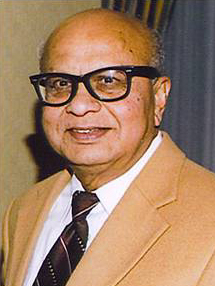 Submit manuscript or email at
editors@scitechnol.com

Journal of Electrical Engineering and Electronic Technology is a peer-reviewed scholarly journal in the field of electrical engineering and electronics that aims to publish the most complete and reliable source of information on the discoveries and current developments in the mode of research articles, review articles, case reports, short communications, etc. in all areas of electrical engineering and electronics and making them accessible online freely without any restrictions or any other subscriptions to researchers worldwide.

Submit manuscripts at www.scholarscentral.org/submissions/electrical-engineering-electronic-technology.html or send as an e-mail attachment to the Editorial Office at manuscript@scitechnol.com

In physics, power is the rate of doing work. It is equivalent to an amount of energy consumed per unit time. In the SI system, the unit of power is the joule per second (J/s), known as the watt in honour of James Watt, the eighteenth-century developer of the steam engine. The integral of power over time defines the work performed. Because this integral depends on the trajectory of the point of application of the force and torque, this calculation of work is said to be path dependent.

Measurement is the process of determining the amount, degree or capacity by comparison with the accepted standards of the system units being used. Instrumentation is a technology of measurement which serves sciences, engineering, medicine and etc.

Power electronics is the application of solid-state electronics to the control and conversion of electric power. It also refers to a subject of research in electronic and electrical engineering which deals with the design, control, computation and integration of nonlinear, time-varying energy-processing electronic systems with fast dynamics.

A control system is a device, or set of devices, that manages, commands, directs or regulates the behaviour of other devices or systems. Industrial control systems are used in industrial production for controlling equipment or machines.

A wireless sensor network (WSN) are spatially distributed autonomous sensors to monitor physical or environmental conditions, such as temperature, sound, pressure, etc. and to cooperatively pass their data through the network to a main location. The more modern networks are bi-directional, also enabling control of sensor activity.

Nanoelectronics refer to the use of nanotechnology in electronic components. The term covers a diverse set of devices and materials, with the common characteristic that they are so small that inter-atomic interactions and quantum mechanical properties need to be studied extensively.

Remote sensing is the acquisition of information about an object or phenomenon without making physical contact with the object and thus in contrast to on site observation. Remote sensing is a sub-field of geography. In modern usage, the term generally refers to the use of aerial sensor technologies to detect and classify objects on Earth.

Signal processing is an enabling technology that encompasses the fundamental theory, applications, algorithms, and implementations of processing or transferring information contained in many different physical, symbolic, or abstract formats broadly designated as signals.

An embedded system is a computer system with a dedicated function within a larger mechanical or electrical system, often with real-time computing constraints. It is embedded as part of a complete device often including hardware and mechanical parts. Embedded systems control many devices in common use today. 98% of all microprocessors being manufactured are used in embedded systems.

Very-large-scale integration (VLSI) is the process of creating an integrated circuit (IC) by combining thousands of transistors into a single chip. VLSI began in the 1970s when complex semiconductor and communication technologies were being developed. The microprocessor is a VLSI device. Before the introduction of VLSI technology most ICs had a limited set of functions they could perform. An electronic circuit might consist of a CPU, ROM, RAM and other glue logic. VLSI lets IC designers add all of these into one chip.

A microprocessor is a computer processor that incorporates the functions of a computers central processing unit (CPU) on a single integrated circuit (IC), or at most a few integrated circuits. The microprocessor is a multipurpose, programmable device that accepts digital data as input, processes it according to instructions stored in its memory, and provides results as output. Microprocessors contain both combinational logic and sequential digital logic. A microcontroller is a small computer (SoC) on a single integrated circuit containing a processor core, memory, and programmable input,output peripherals. Program memory in the form of Ferroelectric RAM, NOR flash or OTP ROM is also often included on chip, as well as a typically small amount of RAM.

A wireless sensor network are spatially distributed autonomous sensors to monitor physical or environmental conditions, such as temperature, sound, pressure, etc. and to cooperatively pass their data through the network to a main location. The more modern networks are bi-directional, also enabling control of sensor activity. The development of wireless sensor networks was motivated by military applications such as battlefield surveillance, today such networks are used in many industrial and consumer applications, such as industrial process monitoring and control, machine health monitoring, and so on. 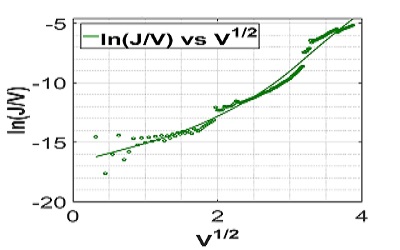