Case Study of Acceptance Commitment Therapy for Childhood Onset Posttraumatic Stress Disorder: A Patient’s Unique Use of the Lord’s Prayer

Case Study of Acceptance Commitment Therapy for Childhood Onset Posttraumatic Stress Disorder: A Patient’s Unique Use of the Lord’s Prayer

Until recently the number of young individuals who met diagnostic criteria for posttraumatic stress disorder (PTSD) represented a small percentage of those exposed to trauma because their symptoms did not meet full criteria for PTSD. Many patients with childhood onset PTSD were classified as suffering from unspecified anxiety, depression or adjustment disorders despite experiencing long lasting PTSD symptoms. With the publication of the fifth edition of the diagnostic and statistical manual of mental disorders (DSM-5), PTSD has been moved from the category of anxiety disorders and reclassified under the new category of Traumaand Stressor-Related Disorders that included a new diagnostic category of childhood onset PTSD. As a result the treatment modalities used for treating adults patients began to be introduced and used in youth with childhood onset PTSD. Acceptance and commitment therapy (ACT) has shown preliminary effectiveness in the treatment of PTSD in adults, but its effectiveness in treating PTSD in youth is still undetermined. This report describes the progression of childhood onset PTSD in a patient who at the age of 17 responded well to a course of Trauma-Focused Cognitive- Behavioral Therapy (TF-CBT) which led to a remission of the distressing feelings associated with recollections of his childhood traumatic events, and significantly decreased his symptoms of anxiety, anger, hypervigilance, and mood lability. However later on and at the age of 21 he experienced an acute exacerbation of PTSD symptoms triggered by an interaction with a person who resembled his childhood abuser. During this acute episode he developed intense homicidal intention toward that person and was admitted to an inpatient psychiatric unit. At the time he could not respond to TF-CBT and consequently received a course ACT to which he responded favorably and his intense homicidal intention subsided. Following his hospital discharge he was transferred to a residential respite care facility for ongoing stabilization and continuation of ACT. Despite the remission of the PTSD symptomatology of intrusion, avoidance, and alterations in cognition, he re-experienced alterations in arousal, with increased recurrent reactivity, along with aggressive thoughts and urges to kill a person at the respite care facility who resembled his childhood abuser. When he began to sing developed a sense of inner peace and made a conscious decision to grant forgiveness to his childhood abuser and that subsequently led to a sustained remission of his homicidal urges not only toward his childhood abuser, but for all individuals who resembled that abuser. The case study provides narrative descriptions of the implementation of the six core therapeutic processes of ACT which include ‘acceptance,’ ‘defusion,’ ‘values,’ ‘committed action,’ ‘the present moment’ and ‘self-as-context’. In addition to describing ACT beneficial effects in the treatment of a young adult patient with childhood onset PTSD, this case illustrate the unique role of singing the Lord’s Prayer on reversing rigid thought patterns, demand for revenge, and ultimately the remission of homicidal intentions. Although the effects of the Lord’s prayer on granting forgiveness and the remission of homicidal intention are interesting and significantly important findings they remain speculative and specifically tied to the patient’s personal religious interpretations and could not be generalized to other patients without the conduction of rigorous randomized double- blind placebo controlled clinical studies. 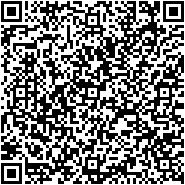