State-of-the-art reviews on traction inverter current sensing have categorized existing methods based on sensing locations, monitoring signals, and complexity of hardware or software implementation. Separate discussions for traction inverter open-circuit faults and short circuit faults clarify the application of traction inverter current sensing on the two major inverter operation faults. The short circuit fault can result in a sudden current increase in the traction inverter, and the study falls into the category of this review. The temperature sensing on inverter’s critical components, for instance, switching power semiconductor, can sometimes include current sensing. The temperature-current look-up tables indicate that, in some applications, accurate current sensing, especially at high current conditions, is a factor for accurate temperature sensing. Under fault-free operations, over-current detections usually require high sensing accuracy since a small percentage of current change at high current or marginal over-current operation can induce large inverter loss change. Switching power semiconductors’ tolerable short-circuit time is usually several microseconds under a short-circuit fault condition. As a result, the sensing bandwidth or response time for inverter over-current detections is critical. Another critical metric to evaluate inverter over-current detection methods is implementation complexity. In applications like electric vehicles, compact and low cost design for traction inverter is widely accepted. Thus, a detection method with simple implementation can be more competitive over those complex methods. This review discusses several widely used over-current detection methods for traction inverters. Based on the discussion on sensing bandwidth, sensing accuracy, and implementation complexity, the advantages of those widely used over current detection methods are provided. Potential commercialization requirements for those theoretical and prototyping approved methods are concluded by this review. The three-phase output over-current of a traction inverter occurs on the three-phase connections between the traction inverter and the three-phase load. It is common to sense an inverter’s three-phase output current at the location as marked in red in Figure 1. Current sensors are commonly set up at this location for phase current sensing. Under fault-free inverter operations, this can also be a location for inverter output over-current detection. The inverter high-low side short circuit is a faulty operating condition and can induce a very high current in a short period of time. To protect the switching power semiconductor from over-current failure, the response time of this over-current condition should be less than the maximum allowable short-circuit time of the switching power semiconductors. Similar to the inverter high-low side short circuit, the DC link short-circuit is another faulty operation and can induce a very high current in a short period of time. Thus, a fast response time is required for over-current detection at this location. Note that the DC link short-circuit detections are not necessarily set up inside the inverter. Setting up the DC link short-circuits detection in the DC power source a power battery, a DC power supply is an alternative. The earth ground or the housing of the traction inverter is usually configured so it has the same voltage as the DC link voltage’s midpoint or the low point. An inverter hotline-to earth ground short can also induce a very high current in a short period of time. The detection of this over-current condition is usually combination over-current detection at locations. The magnetic field based current sensing utilizes the circulating magnetic field generated by the phase current in a bus bar. A C-shape ferrite core is used to constrain the generated magnetic field, and a hall-effect field detector is used to measure the field density. With a proper design of the shape of the ferrite core, the field density in the airgap of the C-shape ferrite core can be to-scale of the bus bar current. Note that in some applications, the C-shape ferrite core can be replaced with a U-shape shield. With proper field decoupling solutions, less than 1% sensing error can be achieved without using any magnetic field constrains. 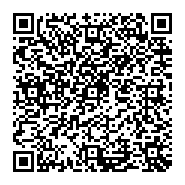