In recent times there is great interest in the use of natural medicine, due to its effectiveness in some fields, nevertheless the potential risk due to excessive use or ignorance of the subject. The objective of this research is to identify the possible complications in childbirth caused by ingestion of infusions of medicinal plants consumed. It is a quantitative non-experimental descriptive and cross-sectional study, a previous informed consent survey was applied to 74 women who presented complications in labor and were attended in gynecology in the year 2016. The obtained information was tabulated in Microsoft Excel database, obtaining the following results: the age of the women investigated oscillates between the 19 to 35 years, 32% have incomplete secondary school, were identified as indigenous, only 3% went to the midwife to control pregnancy, 73% of women who presented complications at delivery took tea herbal infusions, 22% did relaxing baths with plants, and one 5% cataplasms were applied. The percentage of women presenting with complications at birth consumed between one to two glasses of herbal infusions per day. Pregnant women in labor had complications very related to the toxicological effects of the consumption of chamomile and cinnamon, taking into account that Roman and German chamomile can cause a miscarriage.

Humanity from its origins has used plants to sustain their food and along with the evolution of knowledge was implementing the use of medicinal plants for its benefits, approximately 25% of synthetic medicines in our present day are elaborated on the basis of the medicinal plants by its curative properties, in recent years there has been an increase in the consumption of herbal medicines due to proposals for promotion to traditional medicine promoted by the World Health Organization (WHO). It also promotes chemical, clinical and epidemiological scientific studies that confirm the physiological adverse effects on the consumption of medicinal plants and even more during the gestational stage or at the time of delivery.

The close health-nature relationship can be understood through the practice of traditional medicine systems of shamanic knowledge, which involves sanitation and territorial legalization, their management and use of resources. The World Health Organization recognizes medicine with herbs and invites countries to create policies on safety, efficacy, quality, access and rational use of herbs, importance on their properties, dosage, efficacy and safety [1]. Its proposals in relation to traditional medicine are based on aspects of co-management of protected areas, indigenous territories and the relationship between health and territory that allow the identification of medicinal plants with active principles that have therapeutic properties proven empirically or scientifically [1].

Ecuador is privileged because of its geographic location and the presence of the Cordillera de los Andes that divides the territory into three natural regions: Costa, Sierra and Amazonia; the present study was carried out in the Northern Sierra of Ecuador, in the province of Imbabura, Canton Otavalo, being an agricultural-artisan, pluricultural and multiethnic population; these are factors that helped to understand about the Cosmo vision and the diversity of ancestral practices that take place in a moment as relevant as the birth.

The Ecuadorian Constitution as well as the National Plan for Good Living 2009-2013 include the concept of Sumak Kawsay as a philosophical basis that guides the action of the State, so the Ministry of Health and its health units promote intercultural health policies, the construction of management and health care models with the active participation of the community, in accordance with the National Policy and commitment to the achievement of the Millennium Development Goals, and firmly prepared to achieve objective five of reducing the rates of maternal mortality [2-4].

The community of Otavalo is no exception in the knowledge of healing herbs by shamans and midwives who heal with medicinal plants and inherit their knowledge from generation to generation, the habits of the indigenous population, physical discomfort and owning plants in their environment become factors that influence pregnant women to consume medicinal plants.

This research collects contributions on the possible complications at the time of childbirth that are related to the use of medicinal plants and their active principles, a situation that is considered as an important factor that leads to an increase in the percentage of maternal deaths in the canton Otavalo [5].

To identify possible complications in childbirth caused by ingestion of infusions of medicinal plants in patients attending the San Luis de Otavalo Hospital in 2016.

It is a field study, with non-experimental design and qualitative quantitative, of a cross-sectional, descriptive and comparative type, the sample of study was 74 women who entered the service of Gynecology of Hospital San Luis de Otavalo, in the period of the months from January to December 2016. A series of specific techniques were applied with the purpose of collecting, processing and analyzing characteristics that are presented in pregnant women in which the antecedent of the consumption of medicinal plants in the gestational period and during the labor, referring to the complications presented during this period of childbirth.

They are women who are engaged in household or craft work, and only 43% have completed high school. More than half of mothers in the study are married or live in free union.

4% of pregnant women admitted to the gynecological service presented complications during delivery, of which 73% ingested infusions of herbs, relaxing baths were performed 22% and 5% were applied cataplasms as ancestral customs imposed by their families or by their own beliefs, as seen in Graph 1. 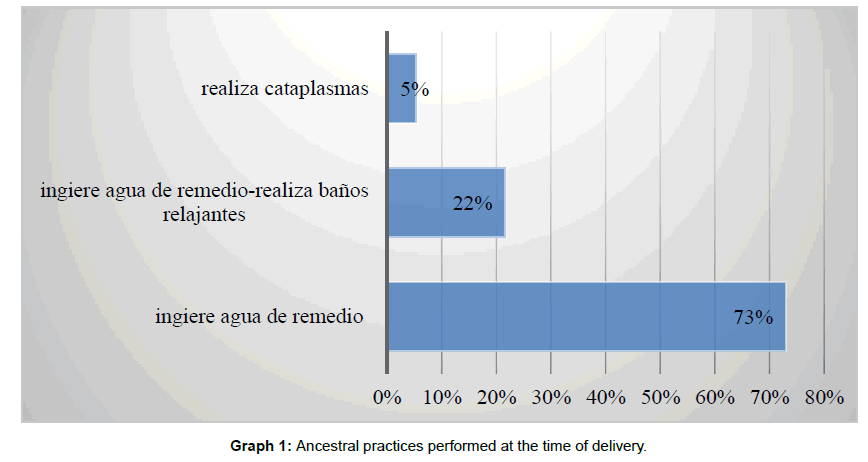 Graph 1: Ancestral practices performed at the time of delivery.

Graph 2 shows that 53% of the mothers ate chamomile drink and, to a lesser extent, other combinations of plants between cinnamon, melloco, malva and lina, who drank a daily glass of herbal water and in some cases the consumption was increased at the onset of labor. 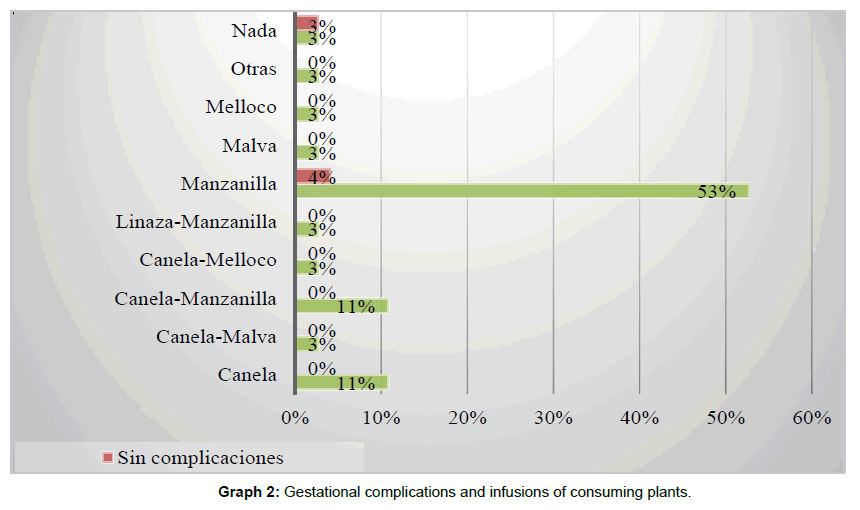 Relating complications in childbirth with infusions of medicinal plants, possibly chamomile is a very important factor that causes spontaneous abortions and other complications such as retention of the placenta, because of the 53% of mothers who consumed camomile infusions, 15% presented these complications, hypertension, preeclampsia, sepsis and uterine atony, are other important complications (Graph 3). Graph 3: Type of gestational Complications and infusions of consuming plants.

At the Latin American level there is a high number of adolescent women who live with their partners, just as it happens in Ecuador and in the Otavalo Canton; who are single, live in the company of their relatives and in the gestational state remained in the care of their mothers, therefore the influence of maternal customs play an important role in the consumption of herbal infusions as an habit of ancestral custom.

Despite low levels of education, most women go to the doctor and obstetricians to be cared for during pregnancy and childbirth (Graph 4). Women in gestational state have changed their health culture and go to health centers to perform their medical checks. On the other hand, indigenous pregnant women are leaving aside the attention of midwives and if they perform mixed care it is evidenced that they prefer legally accredited health professionals, however the consumption of infusions is still a very ingrained custom. It is important to provide training on the proper use of medicinal plants for consumption during pregnancy. These remedies made with plants should be clearly labeled for the purpose of providing information in addition should educate pregnant mothers about the risk to their health and the health of the baby when there is misuse of herbal medicines [7-9]. 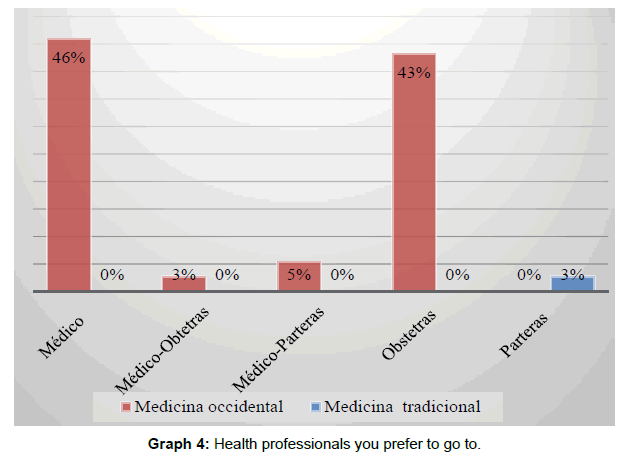 Graph 4: Health professionals you prefer to go to.

In the present study, all of the women drink water from infusions of plants and few poultices were applied. Those who had complications at delivery drank water from herbal infusions before, during and after delivery in different amounts, an average daily glass (Graph 5). It is important to consider that today there is an expansion of the market for the consumption of herbal remedies and that much depends on the quantity and concentration of the active principles of these plants to consider the possibility of both harmful effects on the mother and the boy. 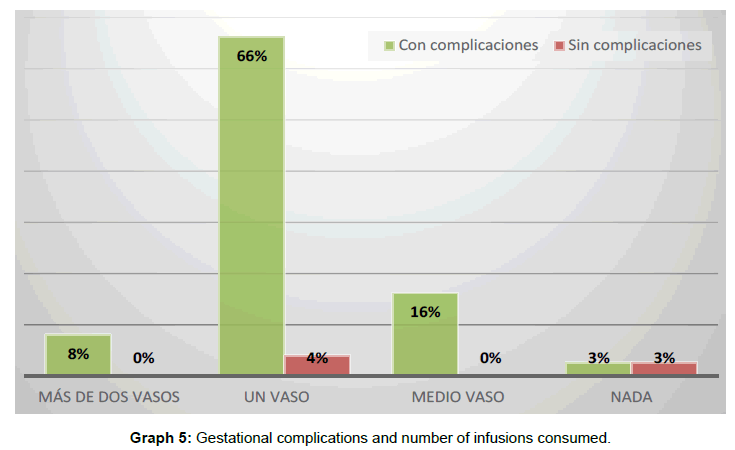 In a study by Trabace L and others in southern Italy, he notes: “It seems essential to stress the potential risk of trust in the natural world. In this regard, it could be argued that evidence of the efficacy of herbal remedies is not the same as the safety test” [10].

It is irresponsible for doctors to preserve the unjustified belief that a natural remedy is safe. “All pregnant women should take into consideration that each herbal product has different biological activities and its adverse effects are still unknown. Therefore, they can be potentially harmful” [10].

4% of pregnant women who entered the Hospital San Luis de Otavalo presented gestational complications at the time of delivery presenting retained placenta or remnants, atony or uterine hypotonia, postpartum sepsis, HIE- Preeclapsia; swallowed or used relaxing baths of medicinal plants or poultices were applied. In 2016, in the area of Gynecology 1932 births were attended, of which about half are primigravidae.

More than half of the pregnant women in the study reported that they consumed chamomile water, 40% cinnamon water or cinnamon with chamomile, mallow, melloco water and other plants such as oregano, Paraguay leaves and coriander.

Pregnant women in labor had complications very much related to the toxicological effects of the consumption of chamomile and cinnamon, according to the reference studies, that they may have consumed chamomile and that could present these complications, however “There is no respectable evidence that chamomile can induce labor.

Pregnant women in labor are between 19 and 35 years old but there is a percentage of adolescent mothers, the ethnic group that most prevails is indigenous, they have no profession and have completed basic education, in a low percentage they are married and in free union and Single mothers live with their families.

Seventy pregnant women who entered with gestational complications at the time of delivery consumed infusions and a very low percentage used poultices of medicinal plants. It should be noted that a high number of patients came to the doctor and obstetricians during pregnancy to perform their medical checks, which leads to the conclusion that indigenous pregnant women are leaving their habit of seeking care with the midwives, or in any case mixed care, giving preference to the care of legally accredited health professionals.

The traditional use of plants during pregnancy and later in childbirth remains an established practice within the cultural connotation of Otavalo, so that the infusions most consumed by pregnant women were as follows: the camomile and linseed that they ingested during and at the time of delivery, also took combinations of chamomile with cinnamon, mallow, melloco and less oregano, paraguay leaves and coriander. The frequency of daily consumption (medium, one or two glasses) of infusions based on chamomile mainly, could be one of the reasons that cause complications in childbirth [11].

Benefits or complications in the mother and newborn when drinking herbal teas can be very common. However, according to midwives, these treatments alleviate postpartum abdominal pain, reduce postpartum hemorrhage, assist in physical recovery, increase lactation and treat the disease in infants. However, because there is no scientific evidence that complications such as retained placenta or remnant, uterine atony or hypotonia, postpartum sepsis, pregnancyinduced hypertension (HIE), Preeclapsia, cervical tear, vaginal grade III, threatened preterm birth prolonged obstruction and hydatidiform mole, we cannot assert that such complications are caused by the ingestion of medicinal plants and that this is also the main cause of its occurrence.

To the adolescent, young and adult women treated at the Gynecology Service of the Hospital San Luis de Otavalo, for allowing the realization of the present study.