The most common practical wire antenna is the dipole antenna. The dipole antennas may be categorized as Hertzian dipole, half-wave dipole, small dipole etc. The most balanced and commonly used type of antenna is the dipole antenna. It can be used alone as well as it is incorporated in many other antenna designs. For the wireless communication of high-speed data for mobile phones and data terminals, Long-Term Evolution (LTE) is considered as a standard and is commonly marketed as 4G LTE. According to the principle of the GSM/EDGE and UMTS/ HSPA network technologies a different radio interface together with core network improvements are developed to increase the capacity and speed. LTE is being gradually developed to ensure that future requirements and expectations are met and planned in the best possible way. LTE is critical to delivering lower cost per bit, high-performance connectivity and user experience required to tackle mobile broadband challenges such as device development, data-intensive services and the implementation of new machine-to-machine (M2 M) applications [1]. Analyses of the advantages and disadvantages of the alternatives of the small monopoly antenna design discussed on[2] such as meandered line antenna, inverted-L antenna, inverted-F antenna, planar inverted-F antenna, and multiband antenna consisting of different types of radiators for performing multifunctional operation of L TE-USB antennas. The molded interconnect device (MID) technology is used to design of a long-term evolution (LTE) antenna presented on [3] as well as its integration on the 3D surface of the mounting compartment of the automotive roof antenna. This antenna provided an input matching better than 10 dB in the desired frequency band and exhibited an unidirectional radiation characteristic in the horizontal plane. This antenna provides an input of more than 10 dB in the desired frequency band and has an unidirectional radiation characteristic in the horizontal plane. The design of a long-term evolution antenna is therefore investigated on [4]. It is designed to be mounted under a standard plastic cover on a car’s roof. The antenna operates at a wide frequency band (from 698 MHz to 960 MHz and from 1470 MHz to 2700 MHz) in small mounting volume and it requires no matching network. In [5], a simple half-wave dipole antenna has been designed and analyzed for wireless applications. The Resonant frequency for the dipole antenna was 5 GHz and as a simulation tool CST Microwave Studio (MWS) has been used. A simple half-wave dipole antenna for wireless applications has been developed and analyzed in [5]. In this project the resonant frequency for the dipole antenna was considered as 5 GHz and CST Microwave Studio (MWS) was used as a simulation tool. Various researches that also discussed different applications, such as [6]-[8], can be done using dipole and half wave dipole antenna. The general construction of a half-wave dipole antenna is shown in Fig.1.

There is a gap between two halved wave dipole antenna arms for feeding purposes. Here, the length, thickness and feeding gap of the antenna is denoted by L, D and g. The radiation resistance of the halfwave dipole is 73 Ohm and it matched with the line impedance [9]. The main purpose of this paper is to design and simulate a half-wave dipole antenna by using CST simulator and to operate at 2.6GHz with high gain in LTE (4G) applications. 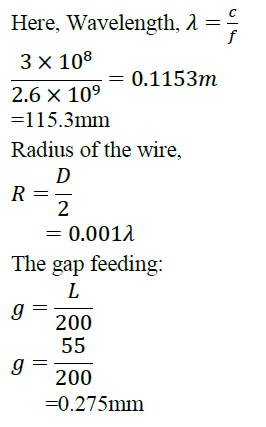 Table 1: Design parameters of the antenna.

CST is used to model and simulate the half-wave dipole antenna. The 3D and multilayer structures of general shapes are analyzed by this software. For the design of different types of antennas, it has widely been used. It can be also be used to calculate and plot the return loss, standing wave ratio from Smith charts, Real power Vs Frequency, VSWR, E-field and H-field distribution, gain as well as radiation patterns.

A. Return Loss and Real Power: From Fig. 2 shows that the antenna is resonating at 2.57 GHz. Moreover, the value of return loss has been found as -32.751dB.

B. Voltage Standing Wave Ratio (VSWR): According to [10] VSWR should be between 1 and 2. In Figure 3 shows VSWR of dipole antenna less than 2. The good result of VSWR takes it from CST equal 1.128. In figure 4 describes the different real power for this pro-posed antenna. The power losses in the metals is 0.003618W and accepted power is 0.49...W.

High gain measured at 2.6GHz equal 1.951dB as shown in Fig. 4. Far-field radiation pattern has been shown in the Fig.8. Directivity has found as 2.026 dBi. Obtained directivity was almost identical to the theoretical ones [7]. Red color shows the maximum radiation. A half-wave dipole antenna has been designed and simulated using CST software that facilitates the simulation. To obtain the target frequency of 2.6GHz for the LTE application a popular practical half-wave dipole antenna was selected. Return loss was acquired as -32.751 dB which shows the characteristic of reflection coefficient. The VSWR is less than two but the directivity and gain are higher than 2.4GHz of a dipole antenna.