Introduction: Urinary incontinence is defined by the International Continence Society (ICS) as the complain of any involuntary leakage of urine. The most common type of urinary incontinence in women is stress urinary incontinence (SUI), defined as the complaint of involuntary leakage on effort or when the body engages in physical motions like running, coughing, heavy lifting or sneezing exertion. This problem is common among women and when it happens in public, it can be very embarrassing and demoralizing. Most women with urinary incontinence have limitations in participating in social activities such as sports and even working in conditions that demand too much energy and most of them complained of various forms of sexual dysfunction. Pelvic floor muscle training is defined as the ability to perform a correct contraction, meaning a squeeze around vaginal openings and an inward movement of the pelvic floor.

Objective: The objective of the study was to evaluate the impact of the pelvic floor muscle training on the quality of life and sexual dysfunction in stress incontinence women.

Methods: Twenty women complaining of stress urinary incontinence were evaluated by voiding diary, muscle power (oxford scale), UDI- 6 Questionnaires and with FSFI before and after 6 months of the exercises. All had an urogynecologic evaluation and urodynamic study.

Main outcome measures: In the voiding diary the women reported the urinary frequency, and episodes of urgency and urine leakage. The domain scores of the FSFI, including desire, arousal, lubrication, orgasm, satisfaction, and pain, were calculated together with domain scores of UDI-6 questionnaires. The supervised Pelvic Floor Muscle Training (PFMT) was conducted for 15-30 min. twice a week for 2 months, once/week for another month (total of three months were supervised PFM), and follow up once/month for another three months to review and check the compliance with the exercises. (Total treatment 6 months since the patient started their treatment until the last session).

The prevalence of urinary incontinence in women is about 20% and increases to 35% among women more than 60 years old [1-8]. The urinary incontinence does not pose a direct risk to the individuals who are affected; it affects the quality of their life in a variety of aspects [2]. These aspects include physical, social, sexual, and psychological aspects. According to the U.S department of Health and Social Services Clinical Guidelines Panel, “the initial treatment of urinary incontinence should not to be very invasive, with few side-effects and avoiding future approaches” [9]. Several conservative treatment options are available for the management of UI, such as physical therapies, behavioral modifications, and pharmaceutical interventions. Among physical therapies, pelvic floor muscles exercises are the mainstays of the conservative treatment and prevention of UI. Recently, there are a lot of publications that indicate an improvement in the quality of life on the women who undergo conservative treatment and use the PFMT [10,11].

This is a prospective study done in a primary care setting within a tertiary referral hospital. The prospective cohort study was meant to assess 20 women, who were aged 20-55 years old with sexual dysfunction in stress incontinence confirmed by patient history and urodynamic study. The participants included married, non-pregnant, with grade 1-2 cystocele or rectocele or both, stress incontinence confirmed by urodynamic and individual women who had not undergone any major pelvic floor or post-delivery surgical procedures within the past 6 months to the instigation of the study. Those excluded were women with neuromuscular diseases, cardiac pacemaker, urinary tract infection, and genitourinary surgery during the previous 6 months, and patients under medication for urinary incontinence in the past two months those using hormone replacement therapies and additionally women with prolapse stage III and IV. The study took exactly 6 months.

All patients had physical therapy evaluation, which included history, physical examination, PFM strength examined by PFX2 which also measured the force and duration of each contraction. The registered muscle strength was graded by the modified Oxford Grading Scale by La-cock: grades 0-1 if patients were not able to contract their PFMS; grade 2 if patients performed only an insufficient contraction; and grades 3-4 if patients were able to contract their PFMs properly. All muscles of the pelvic floor were investigated. Therapeutic exercises were performed for 15-30 minutes, The supervised Pelvic Floor Muscle Training (PFMT) was conducted for 15-30 min. twice a week for 2 months, once/week for another month (total of three months were supervised PFMT), and follow up once/month for another three months to review and check their compliance with the exercises total of 15 sessions over six months.

Proper methods were used to teach the patients the proper PFM contraction such as: first one, clinical observation; observation of a correct PFM contraction as squeeze around the urethral, vaginal, and anal openings and an inward lift that could be observed at the perineum. Second, vaginal palpation: this technique was described by Kegel as a method to evaluate PFM function .By placing one finger in the distal one third of the vagina and asked the woman to lift inward and squeeze around the finger. Kegel did not use this method to measure PFM strength. He used vaginal palpation to teach women how to contract their PFM and classified the contraction qualitatively as correct or not correct [12].

The subjective outcomes: The voiding diary recorded the urinary frequency, episodes of urine leakage; number of pads per day, this diary was completed at the beginning and at the end of the treatment. All the women completed the Female Sexual Function Index (FSFI) Arabic validate version by Anis [13] and Urogenital Distress Inventory (UDI-6) Arabic validated version by Waleed [18]. These questions were answered by the patients before commencing the treatment and after six months of completing the treatment, and each domain score, including desire, arousal, lubrication, orgasm, satisfaction, pain, and the quality of life was calculated.

Objective outcomes: The pelvic floor muscles strength were measured by PFX2 which also measured the duration of each contraction, and urodynamic evaluation was done in a standardized way.

Results of the FSFI questionnaire showed that 10 (50%) of the women had female sexual dysfunction. We identified four sexual disorders: of desire, of arousal, of orgasm, and of sexual pain as proposed in the classification of the International Consensus Conference of Female Sexual Dysfunction [14]. Sexual pain disorder was diagnosed in fifteen women (75%), hypoactive sexual desire disorder in four (20%), four women had sexual arousal disorder (20%), three women had difficulty to maintain lubrication during the intercourse ((15%), and orgasmic phase disorder in ten (50%). The quality of life UDI-6 questionnaire showed 17 (85%) of the women had SUI, while 3 of them cured. After six months of PFMT a comparison of the voiding diary completed before and after treatment showed a minor changes reduction in the number of total voids, number of leakage episodes, and pads used per day (Tables 1 and 2). The bladder volume during cough test was measured at three levels 200 ml, 250 ml, and 300 ml, followed (Young, 19). The cough test was positive before the treatment in the twenty women at two levels 250 ml and 300 ml while after the treatment the cough test was positive on 17 women (85%) at the same levels 250 ml. and 300 ml. Three women were cured from the SUI. Muscle power of the PFM was measured before and after the treatment (Table 3). The FSFI and UDI- 6 questionnaires completed before and after the treatment showed improvement only in three women. It is evident that Pelvic Floor Muscle Training does not have much effect on improving the quality of life on women with stress incontinence and sexual dysfunction. After the training, most of the women still experienced involuntary urination especially when they had a strong cough, sneezing, while laughing, and while carrying heavy things. However, improvement was only realized on three patients who had experienced the problem during sexual intercourse. For instance in case number 3, 4 & 7 they do not seem to complain about incontinence during sexual intercourse or with coughing, the pain during intercourse completely resolved, the sexual desire improved, the arousal with the lubrication improved, and the orgasmic improved as it shown in Figure 1. It also seemed to work on patient case number 3 who had a vaginal muscle spasm and kidney transparent where she reported that the leakage had drastically stopped.

Table 1: Patient assessment before the treatment.

Table 2: Patient assessment after the treatment.

Table 3: A comparison of the pelvic floor muscle power before and after the treatment. 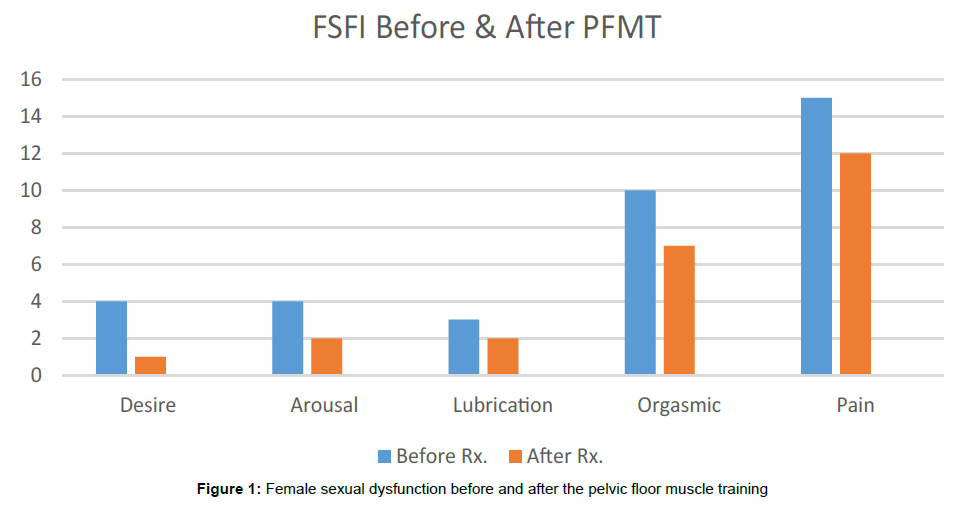 Figure 1: Female sexual dysfunction before and after the pelvic floor muscle training

According to our results, women with stress incontinence reported a higher prevalence of female sexual dysfunction. There are several reasons for the increase in sexual dysfunction in incontinent women, such as dyspareunia resulting from urinary dermatitis. Depression and decreased libido, with a consequent reduction of interest in sexual activity, is mainly due to embarrassment and fear of urinary incontinence occurring during intercourse [15-17]. All patients treated with PFMT showed minor improvement in their urinary incontinence and sexual dysfunction. Only three of them were cured, this could be contributed to their compliance with their home exercise program and their younger age 25-35 years old. As we focused on the impact of stress incontinence on sexual life and how the resolution of urinary leakage or the improvement of urinary symptoms had a positive effect on sexual dysfunction, we can only suppose a direct beneficial effect of PFMT on sexual function only, because it acts on multiple neurological components of the pelvic floor (i.e. Sacral and pudendal nerves) [18,19]. Furthermore, we cannot actually ensure the possible impact of PFMT on sexual function independent of the improvement on stress incontinence, which can be investigated in more specific trial.

Urinary incontinence significantly reduces sexual function in sexually active women. Basing on the results, pelvic floor muscle training showed minor improvement in the symptoms of stress Incontinence patients. According to the Tables 1 and 2 shown above, only three women significantly improved. Therefore, counseling measures should be carried out on individual patients, such as checking their compliance with the exercise program. Furthermore, we noticed that the usage of PFMT in treating urinary symptoms in elderly women is not favorable, the patients looked for quick and easy result that does not required a lot of effort from their side.