Department of Psychology, Hunter College of the City University of New York, USA

One of the most difficult problems in the science of traumatic stress has been the finding that many people who fared well at the time of their traumatic exposure later became ill. This finding was especially difficult to make in the setting of World War I and World War II, because the dominant psycho-pathological theories at the time lacked a clear explanation for this phenomen, leading to significant stigmatisation of injured soldiers. Compensation neurosis, pre-existing personality problem, and suggestibility were all blamed for the later appearance of disability in veterans. Furthermore, as the general life events stress literature grew in popularity, this pattern of morbidity clashed with widely held beliefs about high levels of acute distress that gradually faded over time.

The Relationship between Acute Stress Disorder and PTSD

The relationship between acute post-traumatic symptoms and the onset of PTSD is a topic of great academic and clinical interest. The majority of persons who acquire PTSD do not initially satisfy the diagnostic criteria for acute stress disorder, according to a growing body of evidence [1]. A number of longitudinal investigations of accident victims have shown that the amount of symptoms only surpasses a threshold adequate to support a clinical diagnosis with the passage of time. In a study of critically injured US troops who were tested at one month, four months, and seven months, a similar occurrence was discovered.

The Enduring Impact of Traumatic Memory

The phenomenological reaction to traumatic events is characterised by the persistent remembrance of distressing memories. In his first lecture with Breuer, Freud emphasised the relevance of traumatic memories, saying that they were the "agent still at work" in symptom development and maintenance. Fear conditioning mechanisms 29, which serve to sustain and spark the elevated arousal that is key to PTSD symptoms, are also responsible for the triggering of these memories.

The consequences of stress on health have piqued researchers' interest for a long time, owing to the pressure it puts on people's adaptive capability, which leads to an increased risk of disease. Stress's effects on the hypothalamic pituitary adrenal axis (HPA) and the autonomic nervous system have long been researched, and the management of these systems is known as "allostatic load [2]." This phenomen can emerge in a variety of ways, depending on how it interacts with other personal and environmental risk factors for disease. As a result, the physiological instability that supports allostasis provides a common final road to disease that can emerge in a variety of ways.

Relationship between Hypertension and PTSD

A number of studies have revealed that PTSD is linked to an increased risk of developing hypertension. The relationship between PTSD and major depression as factors of hypertension was investigated using a random sample from the US National Comorbidity Survey. It was found that PTSD was linked to hypertension in the absence of depression, and that this result could explain why PTSD is connected with higher rates of cardiovascular disease, existing and appropriate public health policies must be implemented.

The gradual emergence of symptoms after severe stress exposure is a difficult concept to grasp, and delayed onset PTSD has long been a contentious topic. However, a growing body of evidence suggests that a considerable proportion of trauma patients may not experience their maximum stressor reaction immediately after the event, but rather that it develops over time. The link between cardiovascular illness and PTSD is now well-established. Finally, considering the larger disturbance of these neurobiological systems caused by their repetitive activation could lead to significant breakthroughs in PTSD treatment. 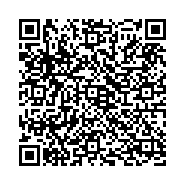