Clival chordomas are a rare type of intracranial neoplasms that arise from the remnant of the primitive notochord and present with local invasion and bony destruction. We present a rare case of a patient with clival chordoma, with left abducens nerve paresis as clinical manifestation, diagnosed via magnetic resonance imaging and computed tomography. The patient was treated utilizing the extended endoscopic endonasal approach and postoperative conventional radiotherapy, following significant progression-free and overall survival of 8 years and 3 months, with no recurrent disease, confirmed via multiple controls contrast-enhanced MRI scans. In regard to this case and the available literature, a conclusion can be made that the effectiveness of endoscopic endonasal approach proves superior to other surgical approaches, while considering lesion characteristics, clinical parameters and postoperative goals and expectations.

Chordomas are rare malignant neoplasms that mainly (50%) have sacral origin, 35% are located intracranially and the remaining 15% affect the axial skeleton [1]. They develop from remnants of the notochord and are generally located in the midline, given their notochordal embryologic development. As opposed to chondrosarcomas, chordomas have worse prognosis, with both of these neoplasms being more frequent in men than women (1.5 to 1 male-to-female ratio), and having similar clinical findings, depending on location and size [2,3]. Double vision and headache are the most common initial symptoms, and compromise of cranial nerve VI is the most common initial sign [4]. These highly recurrent low-grade neoplasms mostly affect patients in the 3rd through 6th decade of life [5,6]. In addition, the SEER database indicates a median diagnosis age of 58.5 years (range 3-95 years) and a median survival of 6.29 years from the time of diagnosis, with 5-, 10-, and 20-year survival rates of 47%-80%, 40% and 13%, respectively, regardless of race, ethnicity, or sex [5-7]. Chordomas are divided into three different types based on microscopic morphology: conventional chordoma, chondroid chordoma and dedifferentiated chordoma [8]. In regard to diagnosis, Magnetic Resonance Imaging (MRI) and Computed Tomography (CT) with/without contrast agents represent the gold standard for proper diagnosis and surgical planning. Jho et al. first reported the endoscopic resection of a large clival chordoma with midbrain compression [9]. The increasing use of the endoscope in transsphenoidal surgery and its application to other lesions of the skull base have significantly improved surgical options in this complex anatomical region, gradually replacing other approaches and becoming the first choice of treatment [10]. The case we present introduces the adequacy of the Extended Endoscopic Endonasal Approach (EEEA) in clival chordoma treatment, with significant Progression-Free Survival (PFS) and Overall Survival (OS).

A 58-year-old patient presented to the neurosurgery department, complaining of 4 months of continuous and progressive visual problems (double vision when looking to the left) and headaches that responded well to Over-The-Counter (OTC) analgesic medications. The patient underwent a brain CT and MRI and was suggested to consult a neurosurgeon for further evaluation and treatment.

Furthermore, 6 years ago the patient underwent surgical and oncologic treatment for colorectal carcinoma, with no signs of recurrent disease based on multiple colonoscopies. On neurological exam, left Cranial Nerve (CN) VI paresis was noted, together with a discrete peripheral monoparesis of the left CN VII, with no further neurological deficits. Brain MRI revealed an extra-axial lesion with dimensions of 2.5 cm × 2 cm, at the level of the proximal clival segment and retroclival region. The lesion propagates mainly in the left clival segment, filling the left cavernous sinus. In addition, compression of the left anterior part of the pons is noted (Figure 1d-white arrow). Post-contrast sequences reveal significant nonhomogeneous retention of gadolinium contrast medium (Figure 1-white arrows).

The summary of the MRI findings suggests the most probable diagnosis–superior clival chordoma. Abdominal and chest CT scans were performed, with results presenting no signs of secondary metastatic deposits.

The patient underwent several days of per os hydrocortisone therapy, which led to normalizing of cortisol levels (7.3 μg/dL). Based on all abovementioned preoperative evaluations, an operative intervention was indicated.

There were no new deficits in regard to the preoperative and postoperative neurological examination.

In the following days, an insignificant amount of serosanguineous drainage was noted from the left nostril, continuously reducing and eventually stopping over the course of the inpatient hospital stay.

After performing physical therapy and rehabilitation and applying adequate analgesic therapy, a gradual subsidence of the symptoms was noted.

The postoperative CT revealed no signs of presence of tumour tissue or hemorrhage. Histopathological results reported a finding of chordoma (chondroid type), confirming our preoperative diagnosis.

Throughout the course of the inpatient hospitalization, nasal liquorrhea was not reported or noted. The patient was discharged from the hospital in stable condition, with appropriate explanation of the required safety measures and everyday activity behavior modifications needed for proper postoperative recovery.

Recommendations for postoperative proton beam radiation therapy or conventional radiotherapy as a second alternative were explained to the patient and his family.

In addition, there were no changes or any noted deficits in neurological status throughout the follow-ups.

Chordomas pose a difficult challenge throughout neurosurgical history and evolution in regard to total resection and generally have poor prognosis. In regard to surgical techniques, the central skull base can be approached via multiple surgical routes, with the transsphenoidal, frontolateral, pterional and lateral suboccipital approach exposing nearly every region of the skull base [11]. As opposed to microsurgical techniques, when utilizing the extended endoscopic endonasal approach one has the advantage of minimally invasive access to the entire central skull base from the frontal sinus anteriorly to the clivus and region of the foramen magnum and odontoid process inferiorly [10]. As pointed by Schwartz et al., throughout the years there has been significant controversy in regard to the endoscopic skull base surgery and its value compared with the traditional approaches, requiring more valid data that would confirm its implementation is in the best interest of patients [12]. The EEEA has proven to cause less morbidity, high rate of symptom control and equal or improved resection rates when compared to traditional open approaches, thus allowing preservation of a good quality of life and presenting as a safe and viable alternative to traditional open approach, as it is emphasized by Carrabba et al., Oishi et al. and Tan et al. [10,13,14]. Moreover, the incidence of postoperative cranial nerve palsy was significantly lower in Endoscopic Endonasal Approach (EEA) than that in craniotomy [10]. Furthermore, as emphasized by Carraba et al., Stippler et al., Tan et al. and Zoli et al., the nasoseptal flap is proven to be an excellent method of obtaining a watertight skull base closure [10,14-16]. The versatility of the EEA with respect to the classical microscopic transsphenoidal approach permits neurosurgeons to widen the horizon of surgical management of aggressive cranial base tumours such as clival chordomas and chondrosarcomas, as pointed by Frank et al. [17]. Whether an EEA represents an appropriate surgical management option for a clival chordoma, Solari et al. pointed out that it should be carefully evaluated preoperatively in context of local neurovascular, bony and dural relationships [18]. In regard to radiotherapy, proton beam therapy is an alternative to conventional radiotherapy, especially for tumours located in sensitive or critical locations, namely skull base chordomas. This chargedparticle therapy provides an excellent and conformal dose distribution with no exit dose [19].

The best treatment strategy for improved long-term survival in patients with clival chordoma was a combination of surgical resection and proton beam radiation therapy, with Gross Total Resection (GTR) being a significant predictor of longer PFS and OS, as emphasized by Colli et al. [2].

Clival chordoma surgery presents a challenge to every neurosurgeon due to the complex neurovascular surroundings and anatomical relationships, possibly leading to deterioration of quality of life in patients. MRI and CT remain the gold standard in diagnosing clival chordomas. The treatment of choice for clival chordomas is GTR, followed by postoperative radiotherapy, with proton beam radiation therapy being chosen as superior to conventional radiotherapy. Utilizing endoscopic endonasal surgery when possible and cautiously considering its indications and limitations should be the initial choice of every neurosurgeon. Our main goal was to present the effectiveness of the minimally invasive EEEA in clival chordoma surgery, leading to reduced morbidity, superior surgical outcome, preservation of an acceptable patient quality of life and significant PFS and OS. 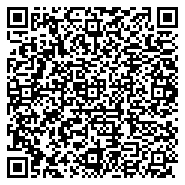