We present the case of a 50-year-old lady with progressive neck pain, cervical myelopathy and dysphagia. Cervical spine radiographs and MRI demonstrated a large anterior cervical osteophyte complex impinging on the esophagus as well as cervical stenosis. Surgical treatment with anterior resection of osteophytes and anterior cervical discectomy with fusion relieved the patient’s dysphagia and neck pain. While there are several reports in the literature documenting resection of anterior osteophytes for dysphagia, most of these cases are secondary to DISH and do not present with neurologic symptoms (radiculopathy or myelopathy). To our knowledge, this is the first case presented where the patient presented with both dysphagia and clinical myelopathy, and required both resection of anterior osteophytes and cervical discectomy with fusion.

Cervical spondylosis commonly presents with neck pain, radiculopathy and/or myelopathy. This chronic degenerative condition can result in stenosis of the central canal with spinal cord compression, and neuroforaminal stenosis with nerve root compression, secondary to posterior or uncovertebral osteophytes, disc degeneration, herniation and disc height loss, facet hypertrophy, ligamentum flavum buckling and hypertrophy, and ossification of the posterior longitudinal ligament (OPLL) [1,2]. Anterior cervical osteophytes may also occur in cervical myelopathy but have rarely been reported to result in esophageal impingement and dysphagia. We present an unusual case of a patient with symptomatic cervical stenosis and anterior cervical osteophytes impinging on the esophagus causing dysphagia. The patient was informed that data concerning the case would be submitted for publication, and the patient agreed.

A fifty-year-old female presented with a 2 year period of progressively worsening neck pain, loss of fine motor control in her hands, and dysphagia. Physical therapy and nonsteroidal antiinflammatory medications provided no relief. Her dysphagia was mainly with solid foods. She had increasing difficulty with buttoning shirts. The patient also complained of a general sense of bilateral arm weakness, but denied bowel or bladder dysfunction or gait disturbances. On physical examination, the patient ambulated with a normal gait. Sensation was intact to light touch, and motor strength was 5/5 in all 4 extremities. Upper and lower extremity reflexes were 2+. The patient had a negative Lhermitte’s sign, Spurling’s sign and negative Hoffman’s sign. Given her current symptoms and findings, a C4 to C7 anterior cervical discectomy and fusion with allograft was performed. The patient’s head was supported using Gardner-Wells tongs with 7 pounds of cervical traction. The arms were taped distally to improve exposure, and neuromonitoring leads were placed to assess spinal cord motor pathways intraoperatively. The patient’s neck was prepped and draped using standard sterile technique and the left hip was prepped for iliac crest bone marrow aspiration. An iliac crest bone marrow aspirate was harvested and mixed with commercial allograft (Stryker Vitoss©, Kalamazoo, MI). A standard anterior left-sided approach was utilized to access the anterior vertebral bodies from C4 to C7. Location was confirmed by intraoperative radiographic imaging using a spinal needle marker in the disc space. The anterior osteophytes of C5 and C6 were removed using a rongeur followed by a high speed burr to smooth and level the anterior surface. Standard discectomies and endplate preparation were then performed. Cervical interbody fusion was performed using appropriately sized PEEK cages and bone graft insertion at C4-C5, C5-6, and C6-C7. An anterior cervical plate was affixed to the C4, C5, C6, and C7 vertebral bodies with locking screws. Intraoperative x-rays demonstrated good placement of instrumentation. The patient’s post-operative course was unremarkable. At her two week follow-up, she confirmed resolution of her dysphagia, and neck pain. At her one year follow-up, she had no pain or dysphagia and good strength in both arms. One year postoperative cervical spine radiographs show good placement of instrumentation and no anterior osteophyte formation (Figure 3A,B).

Figure 3A: One year postoperative anteroposterior, 3B: lateral radiographs of the cervical spine after C4-C7 anterior cervical discectomy, instrumented fusion and osteophyte resection.

Dysphagia due to anterior cervical spondylosis with myelopathy or radiculopathy has rarely been reported. There are, however, several reports describing dysphagia resulting from esophageal compression from anterior osteophytes in diffuse idiopathic skeletal hyperostosis (DISH), posttraumatic osteophytosis, and cervical spondylosis [3-7]. In all of these reports, osteophyte resection was performed through either an anterolateral approach or a transoral approach without fusion [3-7]. Most reported causes of dysphagia secondary to esophageal compression from anterior osteophytes are associated with DISH. This condition develops from flowing ossification of the anterolateral aspects of 4 contiguous vertebrae, with preservation of intervertebral disc height [8]. Thus, in the majority of cases of dysphagia associated with DISH, there are no neurologic symptoms, and cervical discectomy and fusion is not performed [3-7].

In our case, the primary reason for fusion was the patient’s clinical myelopathy and radiographic evidence of cervical stenosis. The case is therefore unique in the combination of neurologic symptoms as well as dysphagia necessitating anterior cervical fusion in addition to osteophyte resection. One explanation for the rarity of these combined esophageal and neurologic symptoms may have to do with the rate of development of spinal cord or nerve root compression in cervical spondylosis. If patients with DISH, who have a propensity for anterior ossification, are excluded, those with cervical spondylosis likely develop degenerative changes that are more likely to cause impingement posterior to the vertebral body, than anterior. Furthermore, the spinal cord and nerve roots are less forgiving to compression than the esophagus, and therefore more severe spondylosis, with larger anterior and posterior osteophytes are required to create dysphagia. However, in most patients, the cervical radiculopathy/myelopathy is usually addressed before esophageal symptoms develop. In anterior cervical discectomy and fusion, these anterior osteophytes are routinely removed to allow for good anterior plate seating, and so they are never able to reach the dimensions necessary to create dysphagia. 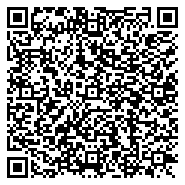