Estimation of IgE levels and basophile count in type I hypersensitivity

Background: Hypersensitivity is a state of overreaction to wide range allergens due to many factors including genetic predisposition and environmental and other factors. Hypersensitivity classified into four major types according to their mechanisms and immune mediators. Type I hypersensitivity also known as anaphylactic or immediate type due to the short time required for symptoms to appear, it is mostly IgE involved.

Anaphylaxis as a syndrome is an acute, potentially life-threatening and multisystem resulting from the sudden release of mast cells and basophiles-derived mediators into the systemic circulation [1]. Usually it occurred as a result of an allergic reaction to foods, therapeutic agents, and insect stings. Moreover, both immunologic and non-immunologic mechanisms may lead to the induction of the syndrome by any agent capable of producing a sudden degranulation. Recent data suggest that IgE antibodies to carbohydrate epitopes can be an important factor in some cases of anaphylaxis that previously appeared to be idiopathic. Anaphylaxis often produces signs and symptoms within 5–30 min, but some of them may appear several hours later. Respiratory malfunction and cardio-vascular collapse cause most human mortalities [2,3]. Basophiles express a number of chemokine receptors [4] and the molecule (CD49d/CD29) which give them the abilities to respond to a wide array of chemotactic agents and to migrate from the circulation and enter sites of inflammation where the vessel endothelium has up –regulated. Large numbers of basophiles were founded in the airways of atopic asthmatics after challenge to allergen [5] in the lungs of patients with fatal asthma [6], and in late phase allergic reactions in skin [7]. The basophiles survival periods in the tissues are unknown, but if studies of eosinophils are a guide, the life span may be dependent on the local cytokine environment in the tissue. Best-characterized activating surface molecule expressed on the basophiles is the high affinity receptor for IgE, Fc€ (epsilon) RI [8], unlike other Ig receptors, Fc€RI binds its IgE before the antibody binds to an antigen, equipping the basophile to respond to contact with a polyvalent antigen molecule that crosslinks allergen-specific IgE. If a sufficient number of Fc€ (epsilon) RI receptors are cross-linked, rapidly the basophile degranulation and generates lipid mediators, and later produces newly synthesized cytokines such as IL-4. Nonetheless, basophiles own a variety of other receptors with activating and inhibiting functions, allowing them to respond to stimuli by IgE independent mechanisms as well [9].

The basophile depletion is thought to occur via cytolysis through complement activation. And the antibody- mediated depletion of basophiles does not deplete mast cells (which is also express the (Fc ε R1 ) [10,11]. The IL-4 produced by basophile was found to be key factor in promoting Th2 cell differentiation. Basophiles were shown to be responsible for promoting the chronic phase of allergic inflammation, including the recruitment of other immune cell types [12].

Three mI of blood withdrawn and converted into plain tubes from twenty patients with confirmed diagnosis of anaphylaxis by a physician, 13 patients were females and 7 males in addition to 20 healthy control samples. The patients admitted to the emergency unit in Al-Yarmook Teaching Hospital and the Medical City in Baghdad during the period from February to August 2016, for the purpose of comparisons twenty healthy control subjects were enrolled in this study 12 females and 8 males. The tubes Centrifuged at 2000 rpm for five minutes to separate serum for estimation of total serum IgE level by ELISA test (direct antigen ELISA technique ) a monoclonal anti human IgE antibody has been coated on the surface of microtiter wells, and according to the instructions of the manufacturer (CUSABIOCHINA). The samples were stored by freezing at (-20C) till the time of the estimation. Also slides of blood smears were prepared and stained for total basophile count for each subject. A case sheet consists of the family history of allergy, carrier, psycho-stress, alcohol and types of drugs in use in addition to age, and gender.

This study showed a non-statistically significant difference between males and females patients in both IgE levels and Basophile count as shown in the Figures 1 and 2 respectively. The patients in Figure 3 were subjected in five groups according to their age range starting with (less than 10 years) followed by (11-20), (21-30), (31- 40) then (41-50) to know the more susceptible group for type l hypersensitivity than the others. According to this the age group of (21-30 years) was the highest and the least one was (less than10years). 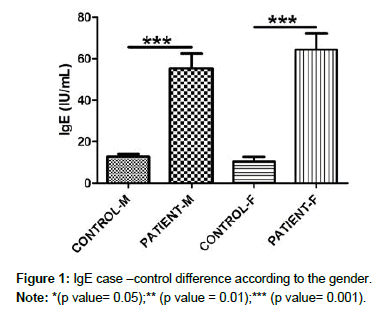 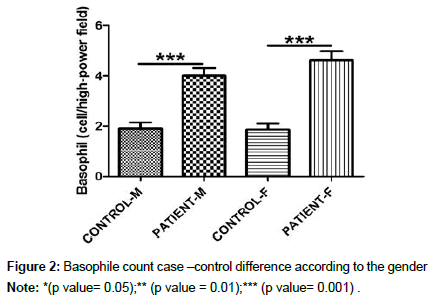 Figure 3: The distribution of the patients according to the age groups.

The percentage of the cases according to the category of type l hypersensitivity showed that the majority of cases was eczema 35% , followed by 20% food allergy, then for each insect venom and hay fever 15%, asthma 10% and the lowest 5% penicillin sensitivity as represented in Figure 4. A highly significant difference between the means of IgE level in healthy and patients, with P value 0.002, the same difference was recorded for basophile count and the P value was 0.000 as shown in the Table 1. There is a significant correlation between both IgE levels and basophile count in the studied group of patients, but there is no correlation with age and gender as clear in the Table 2. 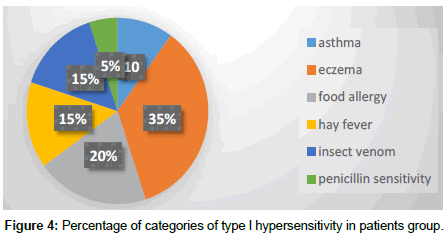 Table 1: Mean difference in IgE levels (IU/ml) and basophile count in both healthy control and patients.

Table 2: Correlation between IgE levels with each of basophile count, age and gender.

The present study report a significant increase in IgE level and basophile count in the studied group. Basophiles are able to generate de novo prodigious amounts of selected lipid mediators rapidly after activation. Indeed, the presence of elevated concentrations of extracellular histamine and leukotrienes.

There is similarity between basophiles and mast cells. but these two cells are certainly distinct in anatomic distribution, life span, and morphology, they resemble each other closely enough in their cell surface receptors and the mediators they release upon activation to make a precise determination of their relative contributions to human anaphylaxis, mature mast cells are not normally present in the peripheral circulation, whereas competent basophiles are typically found in the circulation, basophiles would be the first cell whose activation would be sufficient for causing anaphylaxis to encounter the intravenous antigen.

The information obtained from the patients in a (questioner) case sheet refer that the majority 67% have some type of physical activity such as hard work or sports during the occurrence of anaphylaxis. In addition to the presence of a positive family history of some type of allergy (52%), some patients undergo emotional and psycho-stress. Two out of twenty patients reported as an alcoholic. About one third (32%) of the patients have some type of drug therapy including (antibiotic and, non-steroidal anti-inflammatory drugs) all these actors may interfere with anaphylaxis as an augmenting factors. The significant relation between basophile count and IgE levels in patients compared with the control group could be related to the fact that the atopic patients have a high level of IgE receptors on the basophile cells and the cross-linkage between two adjacent IgE receptors due to the allergen ,this trigger the degranulation of basophiles and release high levels of vasoactive mediators such as histamine, leucotrin and others which is responsible for the appearance of the symptoms of class I hypersensitivity (anaphylaxis).

The causative agents of anaphylaxis are so varies that it could be environmental such as heat, cold, sunlight and could be idiopathic.

The studies in the developed countries refer that the food allergy is the number one [13], in the present study it comes in number two this may be related to the differences in food habits and the complexity in the food industries in the developed countries. The cutaneous type is appeared as urticaria, flushing and rash, and it could be induced by antibiotics, anesthesia, aspirin, vaccines etc. [14,15].

The most age group suffers from anaphylaxis ranged between twenty one to thirty years old, that could be justified by the high physical activity, and modern food and drinks style. Also physical activities are reported as augmenting factor [16]. An increase in the intestinal allergen absorption suggested to be induced by exercise [17-19]. Food allergy was diagnosed by clinical history, and through examination to exclude other causes of symptoms, and it is confirmed by testing for allergen-specific IgE. Skin tests are positive in patients who have immediate reactions to foods such as nuts, fish, or eggs. Allergens promote the enhanced secretion (primarily Cl− ) by the small intestine during active intestinal hypersensitivity of ions increased numbers of gut mast cells, and marked degranulation of intestinal mucosal mast cells Based on pharmacological evidence, it appears that the important mediators in this model of allergic diarrhoea are serotonin, platelet-activating factor (PAF)Differences in the incidence of anaphylaxis according to the gender; have suggested by several clinical studies.

Findings showed that adult females experience anaphylaxis more often than males [20]. However, these differences are only observed during the years of menstruation, but not the pre-pubertal years, this might be related to sex hormones [21], And that estrogens or progesterone might be involved in susceptibility to anaphylaxis [22]. The augmenting factors consist of numerous causes such as, acute infections, physical exercise, menstruation, alcohol and non-steroidal anti-inflammatory drugs which influence the immunological mechanism of type I allergy.

I am grateful to Dr. Ahmad S.Al-Azzawi a Ph.D in Al-Iraqia University for his help in achieves the statistical analysis by using SSPS Programme.