In clinical practice, physicians deal with patients who complain of severe traumas, such as physical or sexual abuse. Trauma can lead to mortality or physical disability; besides, stressful events can also cause psychological trauma. Psychiatrists and specialists in other disciplines, treat the patients according to this narrative and trust in patient histories. Doctors should consider another diagnosis, especially when the patient's history does not match the results of the examinations and paraclinical findings

From a medical point of view, “trauma” refers to the severe and often life-threatening injury that occurs when the whole or part of the body suffers from damage or it’s the sudden impact. If the severely unfortunate events or violent experiences exceed the individual’s ability to cope or integrate the emotions involved with that experience, psychological trauma can occur. Abduction and rape are serious traumas that can cause severe physical and psychological complications, especially at an earlier age. An adolescent who claims to have been abducted and raped is introduced. She presented with multiple physical and psychiatric symptoms following being kidnapped.

A seventeen-year-old high school freshman student who was the only child of a family was transferred to a medical hospital for the evaluation of the physical harm she had suffered. Her parents claimed that their daughter had been kidnapped two days ago by strange men and had been physically and sexually abused for several hours. In the Emergency room (ER), psychiatric consultation was requested. At the time of evaluation, the patient was fully oriented. However, due to severe agitation, she did not incline to undergo a psychiatric interview.

The patient told his parents which she had been set free on the next morning and transferred to a clinic by a passerby in the street.

According to the parents, when referring to the clinic her face had been bloodied, her clothes dusty, showing patches of tears of several centimeters that spoke of cutting by a sharp object. For further examination, the patient had been transferred to a general hospital.

From the time she was under observation in the ER, she had several convulsions with tonus and opisthotonos appearance accompanied by hyperventilation, all witnessed by ER personnel. Likewise, following the event, she had suffered from insomnia, loss of appetite and frequent hematemesis up to three times, a day. The patient said that she suffered from frequent nightmares in which she re-experienced the events of her kidnapping and sexual abuse. There were no signs of musings on death or suicidal ideas and psychosis. Diagnosed with Acute Stress Disorder (ASD), she was transferred to the psychiatric ward.

In the first few interviews, the patient had suffered numerous seizure-like attacks that had forced the ending of the interviews. The therapists were empathetic with the patient during the interviews and tried to create a therapeutic relationship. In the preliminary interviews, the patient would only refer to the general situation of the kidnapping, but in later interviews, she went into the details of the event and the traumas caused by the men. She declared that on the day of the event she had left the house for the first time in two years accompanied by her father. As they were walking, she had suddenly suffered weakness, and severe dizziness to the point that she was no longer able to walk and had to sit on a park bench close to the bazaar. Her father had gone to fetch her a drink, but in the meantime, some men had gotten out of a car and forced her to get into it. They had blindfolded her and taken her to a deserted place where they had assaulted her both physically and sexually.

In the first week of hospitalization, she had expressed that due to weakness brought on by the physical trauma she had been unable to listen to the conversations of her kidnappers and could not recount them. In time the details of the kidnapping became vivid, and she had recounted their dialogues, but it was quite dramatic. The details of the event and the abusive trauma she had suffered changed somewhat during her hospitalization and were different from what her father recounted.

Further investigation into the patient’s history showed that over the past three years she had been kidnapped twice. Each time, she had been found close to her home covered in dust with a bloody face (her explanation for the bloody face was that the blood in her vomit had been smeared over her cheeks and forehead). After the second kidnapping that had taken place two years earlier, upon her mother’s insistence, the patient had quit school and now only participated in some sports and art classes.

The patient reported her mood over the past three years as generally normal and she was satisfied with her functioning. She did not experience anxiety when left home by herself, but she always accompanied her mother. Likewise, she didn’t report any impairment in her concentration and any distress within the classroom.

During hospitalization, the frequency of seizure-like attacks and vomiting was reduced, but at the same time, the patient claimed other symptoms such as fever, dizziness, weakness and suprapubic pains. The intravenous infusion had been prescribed for three consecutive nights by residents due to the patient’s complaints of dizziness, weakness, and vertigo. The patient complained of hematemesis again and the surgeon suggested that from then on, the patient vomit in a receiver so that it could be tested. The patient’s mouth and throat were examined several times upon vomiting, but no signs of laceration or wounding were found. At that time, the patient provided a sample of the vomit that consisted of blood without any particles and food ingredients, and the assumption was made that the bleeding was fictitious, so the angiocath was removed. The results of the laboratory tests were normal as were the results of her endoscopy, colonoscopy, and bronchoscopy; no pathology was detected. Electroencephalogram and brain CT scans were taken and found to be normal likewise.

According to personnel reports, her symptoms were somewhat reduced in the mornings but in the afternoons, once visiting hours were over and her father left the ward, they would increase.

We started psychotherapy in addition to sertraline during hospitalization. While hospitalized, she was talked about her personal and family stressors. She mainly saw her tension to be caused by her father’s indifference both toward herself and her mother. Also, the previous week she had learned that the man she loved had been engaged to someone else.

The therapists tried to empathize more with the patient so that she would feel less need to exhibit somatic complaints. The personnel and the assistants were advised to listen to the patient, to empathize with her and to refrain from confrontation.

Although the patient did not confess to having participated in factitious behavior, and that there was no recording equipment in her room, factitious disorder imposed on self with physical and psychological manifestations was diagnosed at the end of admission. Despite the recommendations for the necessity of continuing psychotherapy after discharge, the patient did not proceed as expected in the treatment and has since dropped out of care.

The factitious disorder may be more likely to occur in females, unmarried individuals and healthcare professionals [1-6]. The patient was a teenage girl trained at a medical clinic and started to work recently.

Various physical and psychological comorbidities are known in factitious disorder [4,6,7-9]. On the other hand, the disorder has various differential diagnoses [7]. Although the patient had a lot of symptoms and complaints, no medical illness was diagnosed. Besides, the patient didn’t have any present or history for any psychotic disorders, anxiety disorders, bipolar mood disorders, and suicidal attempts. At the beginning of hospitalization, in addition to the initial diagnosis of Acute Stress Disorder (ASD), the possibility of dissociative disorders and Post Traumatic Stress Disorder (PTSD) were taken into consideration, but assessments during admission dismissed the diagnosis of these disorders in the patient. The deception observed in the patient is not fully accounted for by external rewards such as medication, financial gain, time off work, or avoiding criminal prosecution as in malingering [10]. Additionally, diagnostic and therapeutic procedures that could lead to morbidity or even mortality have been readily accepted by the patient. Therefore, the question of the diagnosis of malingering was not raised.

In this patient, some clues for the suggestion of factitious disorder imposed on self with physical and psychological manifestations included:

1. Several kidnappings with various dramatic scenarios were reported followed by even a dramatic feature of harm with a bloody forehead.

2. There were also inconsistencies in her and her father’s reports on the details of the recent event.

3. In the examination performed by a gynecologist, both hymen and anus were intact. There were no signs of bleeding, bruising, or rupture in the internal and external genital area and the anus.

4. Despite all medical examinations, the medical etiology of the vomiting was never identified.

5. Based on clinical findings, the electroencephalogram and the measurement of the parathormone (PTH), the diagnosis of seizure was not confirmed.

6. In spite of the patient’s complaints of fever, suprapubic pain, dizziness, and vertigo, her vital signs, physical exams, and laboratory exams were normal.

7. The location of the cuts on her body was in places where it was possible to access and create by the patient.

The trauma that the patient expresses did not appear to be true, but the scenario can reveal deep pain and suffering to the extent that the psychiatrist admitted the patient with an early diagnosis of acute stress disorder.

Dynamically speaking, the patient is experiencing rage and projective identification with her mother. In the early years of childhood, the patient had witnessed numerous arguments between her parents that had ended in various periods of separation between the parents. During each separation, she had been left with her mother and had felt abandoned by her father.

The patient’s fragmentation reminds one of psychosis, and possibly Follie a Deux. However, no symptoms of psychosis or dissociation can be detected in the patient. She is a teenager who has not attended school from the age of fifteen. At this time, she had clung to mother, a mother who put makeup on her little girl to be seen through her. She tried to separate himself from her mother. Perhaps this patient would symbolically vomit blood and kidnapping means separating from mother and tendency to have an independent identity. However, the patient’s story of kidnap, the tearing of her clothes, her bloody cheeks, and forehead, scars… all speak of the fact that she wants to trap her therapist through seduction.

In short, in some cases, the patient and even the family of the patient may describe the occurrence of physical and sexual abuse. The physicians should consider the reliability of the patient’s history and the possibility of other diagnoses, especially when the symptoms and signs are not consistent with medical and psychological assessments. 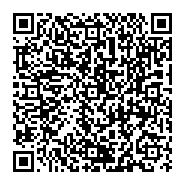