Autosomal recessive inheritance is a condition which is passed down from parent to offspring. This condition is occurred when a child is inherited one of the mutated genes from with either of the parents. Inheritance pattern demonstrates the disease transmission amidst the family. The autosomal inheritance is observed in the families affected with genetic disease whose gene is not on the sex chromosome. The affected patients have a disease allele with each chromosome. The parents of the patient identified with autosomal inheritance do not necessarily possess the condition they could be the carriers of the mutated genes to their offspring. The autosomal inheritance pattern can be traced amidst the family to determine the carrier individuals and those who are likely to be affected. The term recessive means the gene pair (the two copies of gene) must have the condition. The carrier individual is said to have only one recessive gene and they do not have any health issues from carrying one gene copy. Both the females and males are equally prone to be affected by autosomal recessive disorder. Apparently the skipping generations of the affected is mostly the offspring of the carriers. There is a possibility of unaffected child from the affected individuals. This pattern is termed as the horizontal transmission as time and again it is seen that more than one affected individual in the family but not in every generation. Vertical transmission, on the other hand, occurs when a family has infected individuals in each generation. An autosomal dominant disease is characterized by vertical transmission. Furthermore, consanguinity in a family with an autosomal recessive disorder frequently results in children with the condition.

There are many diseases that are observed in individuals occurred through autosomal recessive manner, few of the most common diseases affected are; cystic fibrosis, Tay-Sachs disease and sickle cell disease.

Cystic fibrosis (CF) is a hereditary disease which severely affects the lungs, digestive system, pancreas and other organs in the body and may also result in infertility. CF affects cells that produce mucus, sweat and digestive fluids. These secretions become sticky and thick in patients affected by CF. Cystic fibrosis (CF) is an autosomal recessive condition caused by a mutation on chromosome 7 in the CFTR gene. Exocrine glands, such as the pancreas, sweat glands, and salivary glands, are affected by CF, and are unable to produce chloride at the cell surface. Because the amount of protein generated by one functional allele is sufficient to transport chloride ions through the apical membranes at the cell surface, carriers of this disease remain phenotypically unaffected. Patients, on the other hand, have two disease alleles.

Tay-Sachs disease is another commonly seen autosomal recessive disease which is caused by the mutation in HEXA gene. HEXA gene encodes for a protein seen in lysosomes called as hexosaminidase A. Deficiency of this protein causes gangliosides buildup in the brain resulting in the damage of brain and spinal cord. The affected offspring is found to be having difficulty in holding their head up or dementia or blindness or even chances of early death. This disease is mostly seen in individuals whose ancestors are from Ashkenazi Jewish population, French Canadians, and Louisiana Cajuns.

In sickle cell disease affected patients. The mutations leads to change in hemoglobin shape resulting in incapability of red blood cells in carrying oxygen. The hemoglobin molecules convert into long chain attaining the sickle cells shape. Splenomegaly, anemia, and swelling of limbs due to occluded blood vessels are the characteristic traits that are observed in affected patients. Individuals that carry a single illness allele have a phenotypical trait that is somewhere in the middle of unaffected and seriously impacted. Because these people aren't fully impacted, they have imperfect dominance. Because bearers of these genes have protection against malaria, hemoglobinopathies are more common in African and subtropical populations where malaria is common. 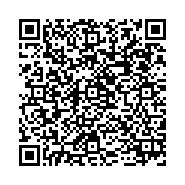