During the last 15 years, developed and under developed countries has undergone extreme transformations concerning population and economic conditions. As a virus’s country with more people living in high-risk areas than ever before, it is increasingly essential to pro-actively address natural and human-made viruses, malware, and ransomware and the cumulative risks that they pose at multiple spatial and temporal scales. In recent years, Pakistan has been hit by a series of natural disasters. In October 2005, there was a 7.6 magnitude and earthquake in 2010, 2011, and 2012 there was severe flooding. Whereas data disasters is also one the hidden elements which plays a vital role to disturb the economic position of a county; other developed countries specially Pakistan that up to 2nd March 2019 has researched at considerable position in data loss in business environment. In which figures, 31% due to hardware or system failure, 29% lost data due to human error, 29% due to this financial damage caused by a data breach up to a loss of $3.86 million. To establishing the confidence of the investor, UK government announced a £1.9 billion research funding to investigate and identified the vulnerabilities in small, medium and large level organizations. But in 2016 they faced a huge data lose up to £1.3 million (reported in 2016 survey report). In the continuation of this study other developed countries are also conducting this survey and investing a bearable funding to conduct this research. In the light of these facts of figures, we have established a research group which will follow the same road map followed by Dr Rabbica in UK. But in the initial phase we may consider one domain specifically, healthcare organizations, which had the highest costs associated with lost or stolen records at $408 million. The objective of the study is to identify the vulnerabilities and fixed them with appropriate soft solutions. The proposed solution will be helpful for the other relevant industries as well. 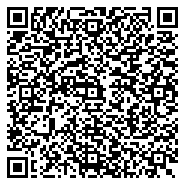