The purpose of this case is to examine and understand the potential benefits of implementing future guidelines for cases of hyperactive cardio-cerebral infraction. Although very rare, the potential benefits of having a clear understanding of which pathology to treat first, by implementing proper guidelines, would help to further understand both pathologies, prevent severe complications and to reduce the morbidity and mortality. Even in cases where there is a complete blockage to blood flow of a major blood vessel supplying the brain, there is typically some blood flow to the downstream tissue through collateral blood vessels, and the tissue can typically survive for some length of time that is dependent upon the level of remaining blood flow. If blood flow is reduced enough, oxygen delivery can decrease enough to cause the tissue to undergo the ischemic cascade. The ischemic cascade leads to energy failure that prevents neurons from sufficiently moving ions through active transport which leads the neurons to first cease firing, then depolarize leading to ion imbalances that cause fluid inflows and cellular edema, then undergo a complex chain of events that can lead to cell death through one or more pathways.

If cerebral infarction is caused by a thrombus occluding blood flow to an artery supplying the brain, definitive therapy is aimed at removing the blockage by breaking the clot down thrombolysis, or by removing it mechanically thrombectomy. The more rapidly blood flow is restored to the brain, the fewer brain cells die. In increasing numbers of primary stroke centers, pharmacologic thrombolysis with the drug Tissue Plasminogen Activator (TPA), is used to dissolve the clot and unblock the artery. Another intervention for acute cerebral ischaemia is removal of the offending thrombus directly. This is accomplished by inserting a catheter into the femoral artery, directing it into the cerebral circulation, and deploying a corkscrew-like device to ensnare the clot, which is then withdrawn from the body. Mechanical embolectomy devices have been demonstrated effective at restoring blood flow in patients who were unable to receive thrombolytic drugs or for whom the drugs were ineffective. Angioplasty and stenting have begun to be looked at as possible viable options in treatment of acute cerebral ischaemia. In a systematic review of six uncontrolled, single-center trials, involving a total of 300 patients, of intra-cranial stenting in symptomatic intracranial arterial stenosis, the rate of technical success (reduction to stenosis of <50%) ranged from 90%-98%, and the rate of major peri-procedural complications ranged from 4%-10%. The rates of restenosis and/or stroke following the treatment were also favorable. This data suggests that a large, randomized controlled trial is needed to more completely evaluate the possible therapeutic advantage of this treatment.

Ischemic stroke see the picture underneath is portrayed by the unexpected loss of blood flow to a region of the cerebrum, bringing about a relating loss of neurologic capacity. Intense ischemic stroke is brought about by thrombotic or embolic impediment of a cerebral conduit and is more normal than hemorrhagic stroke. We want to give an outline of this proof about parts of the assessment and treatment of grown-ups with intense ischemic stroke. The target group is doctors and other crisis medical care suppliers who treat patients inside the initial 48 hours after stroke. Also, data for medical care strategy producers is incorporated. Acute ischemic stroke usually presents as hypodensity on processed tomography, and as high dispersion weighted attractive reverberation imaging sign and low obvious dissemination coefficient signal on MRI. Notwithstanding, the radiographic characters of the infarct with hyperacute recanalization stand out enough to be noticed. This paper reports an instance of an ischemic stroke patient with center cerebral corridor impediment and hyperacute unconstrained recanalization. A progression of radiological tests were applied for dynamic perception of the infarct areas. CT gave a high hyperdense indication at the second fragment of MCA and different sorts of pictures of infarcted lenticula in a few stages, in particular hypodensity at the third hour from beginning, expanded thickness at the fourth hour, huge hyperdensity on the seventh day and equivalent thickness on the fourteenth day.

X-ray showed a somewhat low DWI sign and a high ADC signal in both the infarcted lenticula and caudate at the 12 hour. The hidden instruments for making sense of the development of infarct pictures are talked about in this article. Both ischemic injury and reperfusion influence the course of cerebral edema coming about because of ischemia, and consequently add to the imaging of ischemic stroke on CT and MRI checks. Reperfusion advances the improvement of cerebral edema and furthermore speeds up the development of infarct pictures. Thusly, intense ischemic stroke could appear as hyperdensity, and somewhat lower signal and higher ADC signal on MRI if there should arise an occurrence of recanalization. The overall pictures embrace a high dispersion weighted attractive reverberation imaging sign and a low obvious dissemination coefficient signal during the intense period of localized necrosis. In the hyperacute stage, and as soon as 10 minutes after indicative beginning, a low ADC sign can arise in the ischemic region. These specific ischemic pictures will change a few days after the fact. The ADC of ischemic districts remains fundamentally decreased for 3 days to 4 days, increments continuously over the long run to be pseudonormalized between day 5 and 10, and lifts essentially in the persistent state, making the differentiation of intense sores adjoining constant infarcts promptly clear. The high DWI signal endures after the beginning of ischemic side effects for up to multi week or more and afterward diminishes continuously. 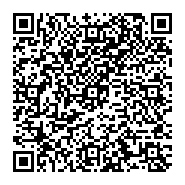