The term Mental illness comprises of variety of mental health conditions. It involves significant changes in thinking (such as abnormal thoughts), feeling or emotions, behaviour and relationships with others. Mental health conditions are associated with distress and or disability in social, work, or family activities. Some of them are schizophrenia, depression, intellectual disabilities and disorders due to drug abuse. Most of the Mental health problems can be successfully treated by the talk therapy or medication.

The term Mental illness comprises of variety of mental health conditions. It involves significant changes in thinking (such as abnormal thoughts), feeling or emotions, behaviour and relationships with others.

Mental health conditions are associated with distress and or disability in social, work, or family activities. Some of them are schizophrenia, depression, intellectual disabilities and disorders due to drug abuse. Most of the mental health problems can be successfully treated by the talk therapy or medication.

1. It is a form of mental illness that causes a feeling of intense fear and distress. It is that condition in which you have anxiety which doesn’t go away and can get worse over time. It can be treated.

2. It makes hard to meet new people, attend social gatherings, speaking in public, facing a job interview. It can affect your ability to concentrate, sleep and carry out ordinary tasks at work, home or school.

4. It can be caused due to many reasons which include genetic factors, ongoing stress, family history of anxiety or other mental disorders, physical health issues or a traumatic event.

5. Women are found to be more likely to develop anxiety than men.

6. Using caffeine, other substances, and certain medicines can make your symptoms worse.

1. It is a brain disorder and a serious medical illness. It can be explained as more than a feeling of being sad. It is not something that you can control or just get over it. It can be a serious issue, but there is treatment available that can help you feel better.

2. Depression can happen at any age. It often begins in teens and young adults. It is much more common in women.

3. It can be caused due to genetic, biological, environmental and psychological factors.

4. Symptoms can include feeling sad or "empty", Loss of interest in favorite activities, overeating or not interested to eat at all, difficulty in sleeping or sleeping too much, feeling very tired, hopeless, irritable, anxious or guilty, aches or pains, headaches, cramps or digestive problems, thoughts of death or suicide.

5. Antidepressants, talk therapy, or both are the effective treatments for depression.

1. Eating disorders are serious, chronic conditions which can be life-threatening, if left untreated.

2. They typically take root during the adolescent years and primarily affect females.

4. Three most common types of eating disorders are:

1. It is a type of mental disorder in which individuals have an inflexible and unhealthy pattern of thinking, functioning and behaving.

2. People with personality disorders often have tempestuous relationship with other people. They find it hard to change their behaviour, adapt to different situations, trouble sustaining work or forming positive relationships with others. They often blame others for their problems. They may try to get help because of their problems with relationship and work.

4. It causes distress and makes it difficult to function in everyday life.

5. People with personality disorders also have high rates of coexisting mental health conditions such as depression and substance abuse.

7. There are many 10 types of personality disorders grouped in three categories:

1. It is a mental health disorder which can be caused due to experiencing or witnessing a traumatic event.

2. The traumatic event can be life-threatening, such as war, natural disaster, serious injury or accident, physical or sexual assault, domestic violence, living in a war zone, torture, verbal or physical abuse. Sometimes the event is not necessarily a dangerous one such as, sudden or unexpected death of a loved one can also cause PTSD.

3. PTSD Symptoms may include re-experiencing the trauma (memories, nightmares or distressing flashbacks), negative thoughts and mood, being very alert and easily startled.

4. PTSD can develop at any age and can be a long lasting and disabling condition. It can also lead to conditions such as depression or substance abuse.

1. It includes schizophrenia, a serious mental illness that is marked by significant changes and disruption in both cognitive and emotional function.

2. It can cause people to have delusions, hear voices, hallucinate or show no emotion at all.

3. Individuals with schizophrenia may have difficulty thinking clearly, managing emotions, making decisions and relating to others.

4. The average onset for this disorder tends to occur in late teens and early 20’s for men and late 20’s to early 30’s for women.

5. Treatment depends on the cause of the psychosis and might involve drugs to control symptoms and talk therapy. 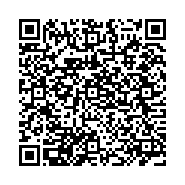