Objectives: To study the practice of exercise prescription by the physical therapists around the world in order identify gaps in the knowledge base so that recommendations can be made on the need for bespoke educational modules aimed at equipping the physiotherapists.

Method: Experimental approach to the problem was chosen where a short survey was developed which is described in detail (Appendix.1).  The authors developed a predominantly closed- response questionnaire evaluating exercise prescription by physiotherapists working with musculoskeletal patients. The survey included 12 questions among which 4 were designed to test the knowledge on the use of exercise science among the clinicians. Responses to these questions were compared with the actual level of knowledge, as indicated by the total knowledge score.

Results: In total, 315 participants completed the online questionnaire out of which almost 50% respondents were senior staff and worked with musculoskeletal cases for longer than three years. Out of the total responses 118 responses were that from the Middle East, 83 from the Europe, 48 from India, 23 from the USA and Canada and finally 43 of the responses were clustered together as ‘rest of the world’ due to very low participation.

Conclusions: Although a majority of PT’s claim to use exercise prescription for musculoskeletal cases, their knowledge for providing a program designed for optimal gains appears to be limited. We recommend that the healthcare organisations and institutions incorporate focused, bespoke exercise prescription educational training for students and staff for the greater good of the patients.

Evidence-based exercise prescription is one of a fundamental skill within the profession of physical therapy (PT) and is considered as the ‘backbone of practice’ since the earliest days of the PT profession. Exercise, which is a more precise subcategory of physical activity, can be defined as a “planned, structured, repetitive and purposeful movement that aims to improve or maintain one or more components of physical fitness” [1]. In the field of exercise physiology, the terms ‘’planned’’, ‘’structured’’ and ‘’purposeful’’ are used to describe the dosage of exercise training aimed at influencing different bodily indices including haematology, hormonal activity, muscle physiology, chemical changes and tissue repair. From the published literature it is widely known that exercises that are designed to achieve specific outcome are more efficient in obtaining the desired results than the exercises that are non-specific [2].

With the advancement in the field of exercise science, the way exercises are prescribed have also changed to a more scientific approach. One of the key component of prescribing exercise includes understanding individual capability and designing a program which would yield best possible results in the least possible time frame. For example, skeletal muscle habitually undergoes mechanical stress on a daily level, and is highly adaptive to external stimuli. But the degree of adaptability demonstrates a great variation in different individuals, which explains why some people exhibit better physical performance than others, or demonstrate higher endurance or greater strength. The relationship between skeletal muscle function and muscle characteristics with muscle fibre type composition and cross-sectional muscle fibre area [3] has always been a topic of debate over its prediction on the type of sports an athlete will be suitable to. However, it is now widely accepted that endurance trained athletes show relatively slower twitch than fast twitch fibres in the trained musculature, while the sprinters muscles are composed primarily of fast twitch fibres [4].

Understanding the dose dependent exercise outcomes is not only useful for achieving positive outcomes, but also allows therapists to be aware of its detrimental effects. For example, a decline in lymphocytes numbers during exercise post-recovery period lasting 3 to 6 hours has been reported which may suppress body’s immune system thus increasing the vulnerability infections [5]. Similarly, poor nutrition coupled with an exercise program which is continuous, prolonged (more than 1.5 h), moderate to high intensity (55-75% maxO2 uptake), can result in post-exercise immune function dysfunction [6].

Exercises when used as a medicine has sometimes outperformed pharmacological intervention [7]. Influencing cortisol response from the adrenal cortex is one such example when exercise performed at 60% or more of an individual’s maximal oxygen uptake (VO2max) [8].

Despite the evidence in favor of the importance of dose dependent, patient specific exercise prescription, anecdotal reports suggest that there is a huge gap in the knowledge and skill set of the PTs when it comes to prescribing exercises aimed to gain meaningful physiological or biological gains. With similar concern, the World Confederation for Physical Therapy (WCPT) held a discussion panel to study the preparedness of PTs for being exercise specialist. Several questions were raised during their discussion including:

• Do PTs have a prominent role in exercise prescription?

• Should PTs have a prominent role in exercise prescription?

• Does the world perceive PTs as professionals who have a prominent role in exercise prescription? And

• Does the educational curriculum of PTs well-equip physical therapists to prescribe exercises in a sufficient manner?

Among their findings, the fundamental problem identified was that in the educational curriculum of PT schools and emphasized the need of integrating extensive exercise prescription courses to help equip the students with the skills required to practice as exercise specialists [9].

The current study explored the practice of exercise prescription among the PT’s in the various parts of the world with the aim of reporting the findings to the education policy makers [10].

Experimental approach to the problem was chosen where a short survey was developed which is described in detail (Appendix.1). The authors developed a predominantly closed- response questionnaire evaluating exercise prescription by physiotherapists working with musculoskeletal patients. The survey included 12 questions among which 4 were designed to test the knowledge on the use of exercise science among the clinicians. Responses to these questions were compared with the actual level of knowledge, as indicated by the total knowledge score.

Three hundred and fifteen PT’s participated in this online survey and due to the demographic response rate (Table 1). We divided the results into 5 main groups, highest to lowest response rate, Middle East (Table 2), Europe (Table 3), India (Table 4) Canada and USA (Table 5) and, Rest of the world (Table 6).

Table 1: Demographic of the responses from individual countries.

Table 3: Responses from the European countries.

Table 5: Responses from the USA and Canada.

Table 6: Response from rest of the world.

Characteristics of the participants

Fifty percent (157/315) of respondents were senior staff, dealing with musculoskeletal conditions and almost all physiotherapists (93%) reported that they used some kind of exercise prescription routinely for the patients.

Parameters used to prescribe the exercise

Gradually increase in frequency, intensity, time and type of exercise was found to be the most practiced parameter to guide exercise prescription, followed by Rated Perceived Exertion (RPE), Borg’s rating, metabolic equivalent, used heart rate, oxygen saturation and respiratory rate as their exercise measure, Karvonen formula. However, a significant number of PT’s (30%) reported that they did not routinely use any specific parameters to guide their exercise prescription (Figure 1).

Question numbers 5, 7, 8, 9 and 11 were designed to test the knowledge of the therapists with regards to the exercise prescription and dosage effects. An average of only 34% of the participants was able to provide the right answers for the questions. Table 7 below outlines the percentage of participants who answered right and the relevant question.

Table 7: Percentage of participants who got the answers right.

Furthermore, for the question 11, 21% of the respondents said they were not sure about the answer.

Furthermore, for the question 11, 21% of the respondents said they were not sure about the answer.

Use of outcome measures in musculoskeletal conditions

Although 71% of the participants reported using some outcome measures routinely while prescribing exercises, 29% of the PTs said they used none which is a significant number (Figure 2).

Figure 2: Use of outcome measures in musculoskeletal conditions.

Physical therapists (PT) are specialists who can help achieve various physical goals in the field of health science including sports, musculoskeletal conditions, preventing injuries, cardiovascular rehab and oncology. PT’s are believed to be experts in prescribing different types of exercises including stretching, strengthening, and aerobic training.

The objective of the current study was to test this theory of Physiotherapists being exercise experts. Our results demonstrated that 93% physiotherapists treat their patients by prescribing exercises which is significantly more in number than some of the previous studies [10]. The result from the current study also demonstrated that although a large number PT’s use different parameters in exercise prescriptions, they lacked knowledge behind the science of exercise prescription in correlation for optimal gains. Our findings are not only in agreement with previous studies which demonstrated the need for bespoke educational modules in exercise prescription for PT’s but it also demonstrates that not much has changed despite repeated reporting of the problem [11]. Several studies in the past have demonstrated that the exercise prescription by the healthcare professionals are not always designed for optimal gains. For example, Pollock, et al (2000), found that although aerobic training is required to achieve a meaningful benefit in the cardiovascular training program, many cardiac rehabilitation programs prescribe upper and lower limb strength training to facilitate patient tolerance for non-aerobic physical tasks [12].

Another interesting finding of our survey was despite widespread use of exercise by PT’s, only a few used specific outcome measures to evaluate the efficacy of their exercise prescription in musculoskeletal conditions. However, the therapist did make use of more objective measures while monitoring the exercises rather than using subjective measures, which we believe is a positive sign since subjective measures can lead to bias [13].

One of the limitations of this study was that exercise was not defined properly. Although respondents were able to specify the activities they used, it is possible that some activities were not reported, as they may not have met the respondent’s definition of exercise. Some respondents commented not sure about certain parameters, as exercise was not defined. The survey also had poor response rate from many countries and therefore it is likely that the results might not reflect the true picture of the problem.

Although a majority of PT’s claim to use exercise prescription for musculoskeletal cases, their knowledge for providing a program designed for optimal gains appears to be limited. We recommend that the healthcare organisations and institutions incorporate focused, bespoke exercise prescription educational training for students and staff for the greater good of the patients. 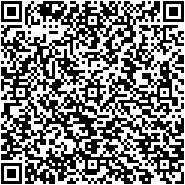