To treat the cancer cells monoclonal antibodies block the receptor which the cancer cells use to prevent the immune system from destroying them. Inhibition of these receptors allow the immune system to identify the cancer cells and destroy them. The rejection of tumour cells involves set of events which involves several types of leukocytes. Molecular and cellular networks which are involved in the response can be artificially altered with mAbs which act on indicated surface glycoproteins. An optimal immune response is activated by an mature dendritic cell, indicating optimal levels of antigen in lymphoid tissue.CD4+ and CD8+ lymphoblast’s are generated and regulated that sets the threshold of activation, prevents over activation of the system and limits the size of clonal expansion. Natural killer (NK) cells leads to the anti-tumor response by promoting inflammation, activating DCs and tumourlysis. Immune response towards tumor antigens is held in lymphoid tissue and activate lymphocytes which infiltrate tumor tissue to mediate tumour cell destruction. Several suppressive mechanisms are involved to limit this process which is mediated by regulatory T cells (TRegcells), myeloid cells which are present at the tumour site and soluble factors such as transforming growth factor-β (TGFβ), interleukin 10 (IL10) and vascular endothelial growth factor (VEGF). Molecular targets for immunostimulatory mAbs are indicated by an antibody pointing to the name of each molecule. Immunostimulating mAbs can be divided into which are indicated by colours: (red) mAbs which promote the function of a lymphocyte receptor present in immune activation; (blue) mAbs that involve in function of a lymphocyte receptor which is involved in inhibiting or regulating the immune response; (green) mAbs, promote the function of the antigen-presenting cells (APCs);(purple) mAbs which are with inhibitory molecules which are expressed by the cells in the tumor microenvironment.

Each and every monoclonal antibodies have their own side effects some of the common side effects are Allergic reactions, Chills, Weakness, Diarrhea, Nausea, Vomiting, Rash, Itching, High blood glucose levels, Cough, Constipation. 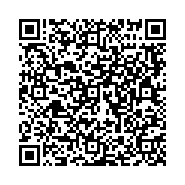